The event industry may be idle due to the Covid-19 pandemic, but that didn’t stop Florian Vitez from Reposit Entertainment teaming up with Gerd Gruss from Crystal Sound, Sahar Gleich from Gleich Gesitzt, and Mitja Gleich from Messe- und Eventtechnik Gleich and putting together the Karlsruhe Trade Fair’s cultural stage.

The four quickly agreed and went straight to planning. Following a call to Michael Brombacher from Megaforce, the main stage was ready in no time, then Lars Wolf, from the company, Hell, brought his lighting design expertise to the project. This small but powerful group was quickly able to bring the idea of the cultural stage to the local cooperation partner, the Karlsruhe Exhibition Center.

On June 12, the cultural stage at the Karlsruhe Trade Fair opened with a concert by the Swiss pop singer Beatrice Egli. The programme itself is currently scheduled to run until the end of August, but depending on how the general situation develops, the project may continue into September.

GLP, based in nearby Karlsbad, was quick to support this demanding project with professional lighting technology, and provided a wide range of its innovative solutions. These included impression X4, KNV Cube and Line, JDC1, Exobeam and Fusion Stick FS20, all installed on the culture stage.

In the stage roof itself there were 10 impression X4 Wash fixtures, as well as 15 additional X4 and 15 KNV Lines, which are used as front lights. A background matrix made up of 12 of the versatile JDC1 hybrid strobes ensured there was impact from behind. The side wing were also equipped with a total of 50 Fusion Stick FS20 from Fusion by GLP, 36 KNV Cube and 16 Exobeam. This set-up will be available to all performing artists. 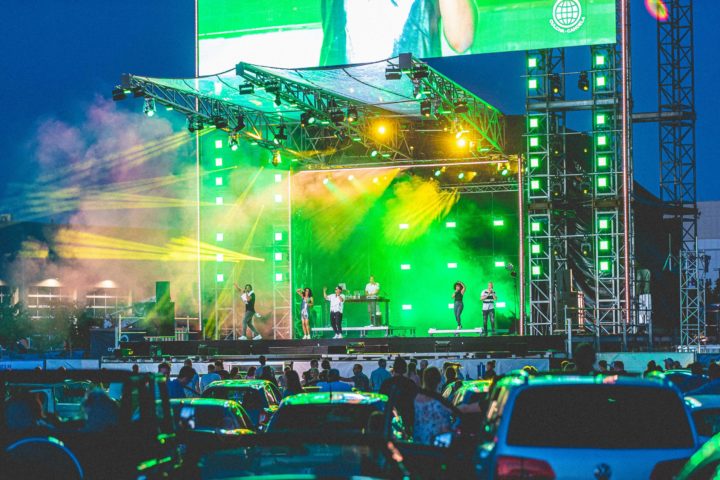 Mitja Gleich, technical director of the newly founded Kulturbühne Karlsruhe GmbH, has been very happy with the equipment’s performance.

“I think the Fusion Sticks FS20 are fantastic,” he said. “The entire stage setting is perfectly framed, and particularly at the end of the show there are some fantastic stage set changes. The JDC1, as a matrix in front of the backdrop, is a stunner and, thanks to its flexibility and tilt, can of course be used in many different ways. The interaction of the KNV Cubes and Lines brings depth to the stage and can also be used creatively. They help us considerably in meeting the diverse requirements of the stage.”

“The Exobeams in the towers, on the other hand, make the stage really shine and are visible to our guests from afar. They are extremely helpful in carrying the emotion we want to convey to the rear of the audience. But my personal highlight is the sudden very bright flash, which you can achieve when all the material is switched on at once. The light output is enormous and has so far amazed every guest,” summarised Mitja.

Mitja, who has relied on GLP solutions since the original impression 90 first arrived on the scene, bases his appreciation of the products on experience.

“At GLP I see creative and innovative products that are really well thought out. Over the years, the company has managed to reinvent the moving light again and again and to create and establish milestones in lighting technology for events. We owe the technical possibilities we have at our events largely to the creativity and engineering of our colleagues at GLP.” 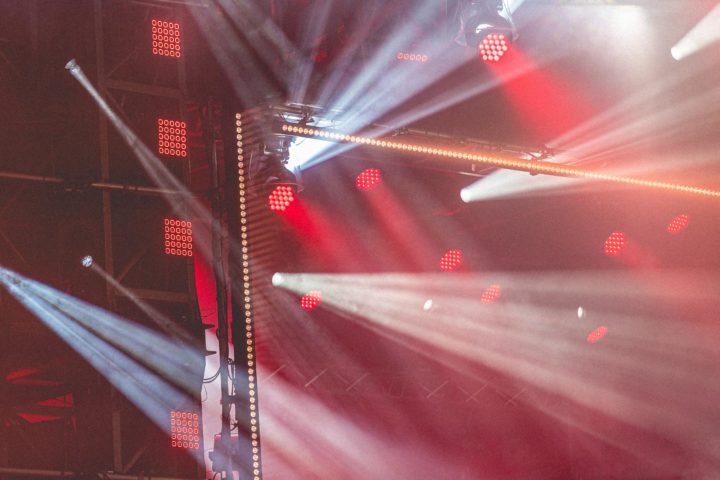 Udo Künzler, managing director of GLP, added: “GLP has also been hit hard by the current restrictions due to the Covid-19 pandemic. The partnership-based cooperation with event technology companies, distributors and designers has always characterised us. We’re all sitting in the same boat. In this respect it was clear that we should do our utmost to support Mitja and his fellow campaigners in realising the Kulturbühne Karlsruhe and equipping it to a high standard. And besides, it’s just good to finally have GLP moving lights shining again and to see the enthusiasm in the eyes of the audience.”

In order to fund the project, the team of organisers attracted additional supporters who are helping to bring culture back to the people. These include Schwitzer’s Hotel am Park, Stadtwerke Karlsruhe and Fiducia & GAD IT AG.

Mitja is convinced that a project like the Kulturbühne would not have been possible before the pandemic. “We have only been able to stage and manage this project due to the support of countless partners who just love what we do. I would like to mention them all, but that would be impossible. It’s sufficient to simply say that I am very grateful to everyone.”