Celebrations of Pride month in New York City, the birthplace of the modern LGBTQ+ movement, took on new importance this year as COVID-19 cancelled in-person events, including the 50th anniversary Pride March. 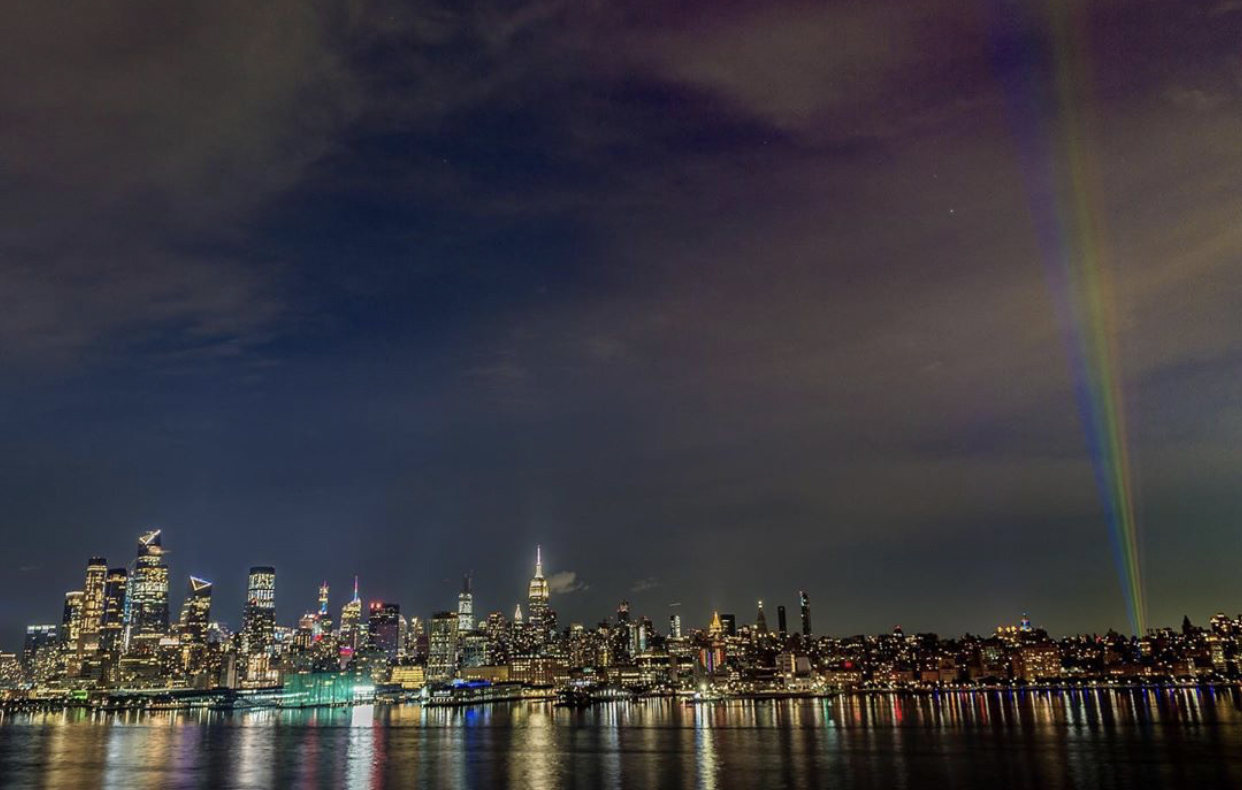 Instead, a number of Manhattan landmarks staged rainbow illuminations as civic expressions of Pride.  Among them was the famed Stonewall Inn where 160 Claypaky Mythos 2 fixtures produced a rainbow in the sky seen from miles around.

The snack brand Kind partnered with experiential marketing agency Bankrobber Projects on the light tribute in the West Village at Seventh Avenue and Christopher Street, near the site of the Stonewall Inn riot, which sparked the LGBTQ+ movement five decades ago.  MediaGenics produced the event with technical support from WorldStage.

Kind wanted to create a huge rainbow in the sky, similar to the dramatic 9/11 illumination over lower Manhattan where columns of white light serve as a memorial to the World Trade Center every September 11. 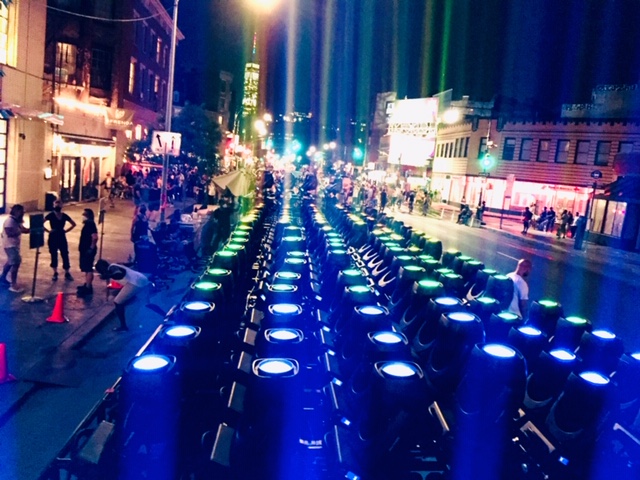 “But white light in the sky is easier to do than colors, which dissipate much faster.  You have to throw a lot of light at colors,” explains WorldStage Account Executive Ben DeFusco.  “We looked at five fixtures, and the Mythos 2 checked all the boxes.  Mythos 2 was powerful, it offered all the different color options, and had a long enough throw.  In addition, we had a fair amount of them in our inventory and knew we could get more from other vendors with relative ease.”

WorldStage worked with Lighting Designer Fred Bock, from “The Tonight Show with Jimmy Fallon,” to determine the number of lights required to achieve a throw which could be visible across Manhattan as well as from Brooklyn and New Jersey.  They held five tests outside the WorldStage warehouse in Secaucus, New Jersey using a 48-foot flatbed trailer as the platform for the lighting rig and additional truss.  A drone flew over the tests and measured the throw at 700 feet; it also furnished views of the illumination from different angles.

“We initially thought we’d use just half as many lights, then we doubled the quantity a few days before the event,” DeFusco recalls. 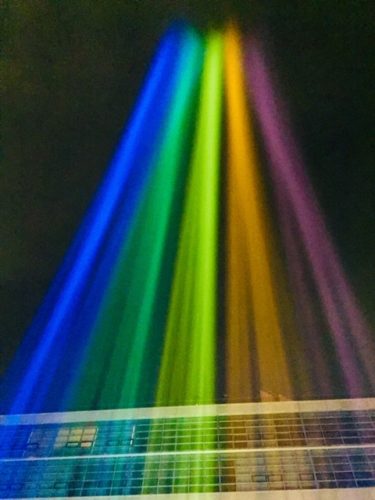 “Mythos 2 gave us everything we needed in as small a footprint as possible due to the nature of the event and the expected crowd size,” notes Terry Jackson,  WorldStage’s Vice President, Director of Lighting.

The seamless setup by WorldStage had everything running by 9 pm on Saturday June 27; the lights remained lit until 5 am Sunday.

“A lot was left up to the elements, and we got lucky: There were some clouds in the sky Saturday night so the lights have something to cling to,” DeFusco points out.  “You can plan all you want, but once you hit the elements you have to figure things out on site.  All the nights of testing we did were invaluable to pulling off a successful event.”