ChamSys has made it easier and more seamless than ever for fades to be woven into a greater variety of massive lighting designs with the introduction of the MagicQ MQ500M Stadium console. This new powerhouse, which offers 256 universes of control direct from the console without the need for additional processing nodes, gives designers and programmers greater flexibility at the highest level of show control. 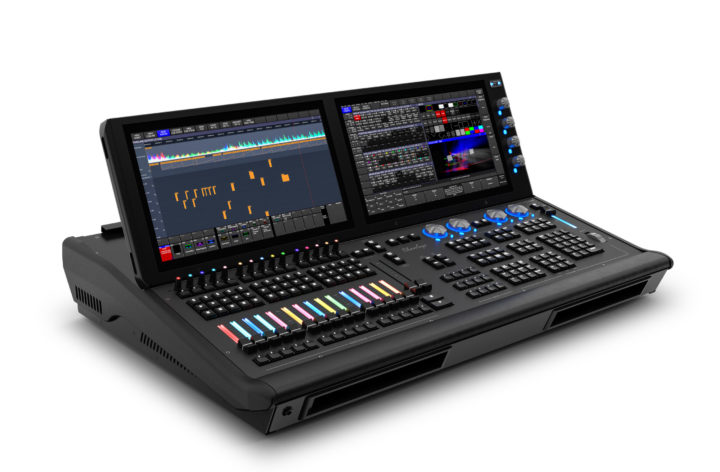 The MagicQ MQ500M Stadium incorporates a robust array of software features that support motorized playback faders, playback encoders and customizable illumination. Thanks to its motorized function, the playback section can be used for multiple purposes with shortcut buttons to change the function.

With 15 motorized faders and 15 playback encoders per bank — and up to six banks — a total of 180 playbacks can be accessed at the touch of a button. RGB LED illumination enables different colors to be assigned to each individual fader and playback encoder enabling unlimited customization.
In keeping with its versatile design, the MQ500M Stadium console supports many different fader modes in addition to the playback mode, enabling the playback section to be used in a wide variety of applications.

The master modes provide instant master control of individual fixtures or groups of fixtures without having to pre-program masters, making it ideal for those live moments when lights are flaring in cameras or key lights need modifying.

Playback encoders can be used in many different ways: controlling intensity, LTP channels, FX size, FX speed, rate and time. They can also control cue stacks of their own, be tied to the fader playback below, or even control a whole bank of playbacks.

Rugged and ergonomically designed with an inbuilt UPS, the console has two inbuilt full HD multi-touch displays with adjustable viewing angles. The feature-rich MagicQ MQ500M Stadium Wing adds a third full HD multi touch display and doubles the number of fader and encoder playbacks. Up to five additional touch monitors can be connected to the system via network using the simple Multi-Window PC application giving a total of 8 monitors. 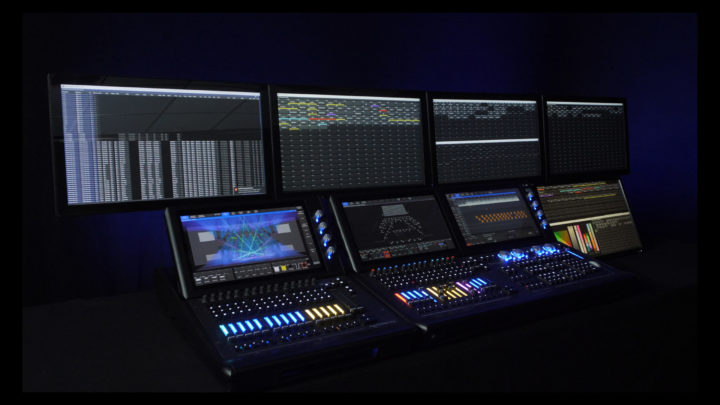 The MagicQ MQ500M is built on the proven reliable MQ500 software which has excelled on 200 universe shows with thousands of fixtures. Show files are fully compatible between MQ500M, MQ500 and all other ChamSys consoles, making it easy to move between consoles. Show files unique to ChamSys are both forwards and backwards compatible with the console, eliminating the need to be concerned about software versions.

In addition to its rich feature set of core lighting control, MagicQ MQ500M has inbuilt plot and visualisation, audio timeline editor, and a multi emitter color picker. The inbuilt 3D palette system and support for external XYZ trackers allow innovative features like Focus line, Focus Hold and tracking of artists and moving objects to be used.

Shows with all 256 universes can be previsualised and preprogrammed on a PC or Mac without additional hardware or dongles and then loaded into the MagicQ MQ500M console. All 256 universes can also be visualised within the inbuilt MagicVis visualiser or with a direct link to 3rd party visualisers such as WYSIWYG, Capture, Vectorworks, Depence and L8. Both the Patch and the XYZ fixture position can easily be transferred from the chosen visualiser into MagicQ.

The MQ500M Stadium console also has two front pockets with high power USB sockets intended for charging phones and storing small objects. This convenience is just one of the ways that this powerful will make life easier for designers and programmers.