King Lear, an epic tale written by William Shakespeare, could be argued as being one of his best stories next to Hamlet. Considered by many to be the greatest tragedy ever written, King Lear is an epic tale of sorrow, forgiveness, madness, and reconciliation of family. Shakespeare’s timeless ability to portray characters who are powerful and complex, has also masterfully demonstrated the “music of language” through his work. 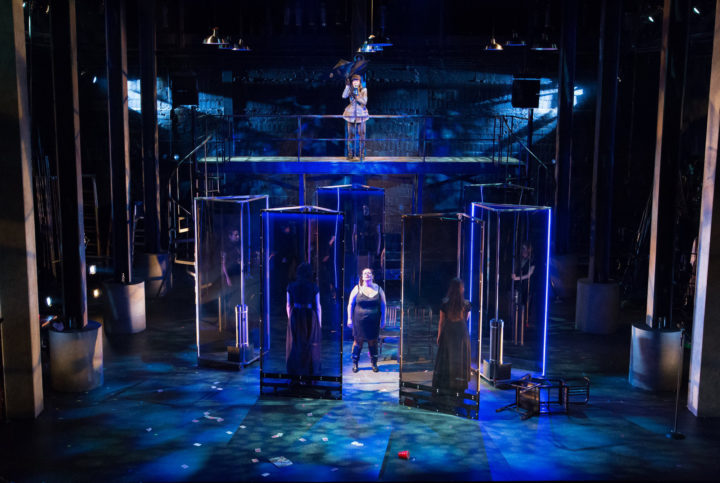 What once was a 300-seat movie theatre Bristol Riverside Theatre (BRT) is located in the historic district of Bristol Borough in Eastern Pennsylvania. The theatre itself, built in 1937 and reopened as a performance hall in 1986, is well-known for bringing local and national artists to the stage, producing over 200 performances each year. Earlier this year, BRT invited Eric Tucker, of New York City’s acclaimed Bedlam Theatre to direct the production of King Lear with a fresh interpretation of the Shakespearean classic. The show ran for several weeks, starting January 28th and ending February 16, 2020.

When the production required a sound design, BRT re-enlisted the talents of consultant and sound designer, Brad Ward to assemble it. “One thing I liked about Bristol was the size, it’s a very intimate venue, you don’t need a lot of speakers to achieve the result you want,” said Ward. Ward’s recent theatre work includes previous shows with Tucker at BRT, “The Rivals”, as well as “Choir Boy”, which won a Tony award for Best Sound in 2019. Ward also works as a systems designer with New York firm Auerbach Pollack Friedlander on renovation projects such as Huntington Theatre Company in Boston, Marymount Manhattan Theatre in New York City, and is the associate sound designer and system designer for “Take Me Out” at Second Stage Theatre on Broadway. 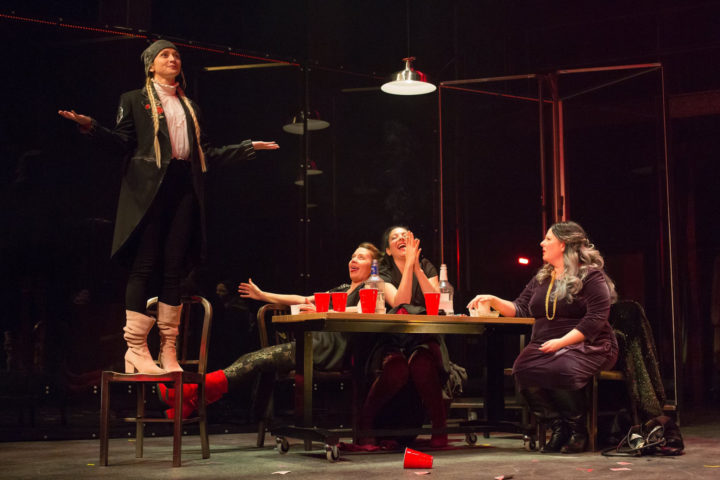 Ward’s challenge was to find a creative audio solution to create an aural atmosphere for the play. Following a suggestion from Mark Meding of On-The-Road Marketing, Ward turned to RCF, deploying a small rig consisting of four HDL 28-A Active Line Array Modules [two per side upstage], two TT 22-A Active Two-Way Speakers [for the catwalk], one SUB 9004 Active Subwoofer, and one RCF HD 21EN paging horn. Brad also met with RCF Product Specialist Jim Reed, consulted on the product solution and helped integrate the system on stage. “At first I thought we could rely mainly on subs, on both sides of the stage, then we tried one SUB 9004 centered on the upstage wall—and it carried the show,” Ward said. “The HDL 28’s [line arrays] brought a nice sound quality, very clear and natural, I didn’t have trouble making it sound natural, but I was thrilled with the [SUB] 9004 because it added so much to fill the space.”

The show’s cast consisted of six female actresses who put on an interactive performance, without the use of wireless microphones. “We used various mics around the stage for special effects [triggers for storm scenes or voicing effects] and I wanted to reinforce the effects with low frequency,” described Ward. “I wanted to push sound up through to the front of the stage, because I wanted the sound to be a part of the people ‘on’ the stage. I love working with people in live theater, the director is absolutely amazing, and he loves to experiment and try new things [sound techniques],” Ward said. “RCF came through—I was very impressed by the system’s performance and sound clarity.” 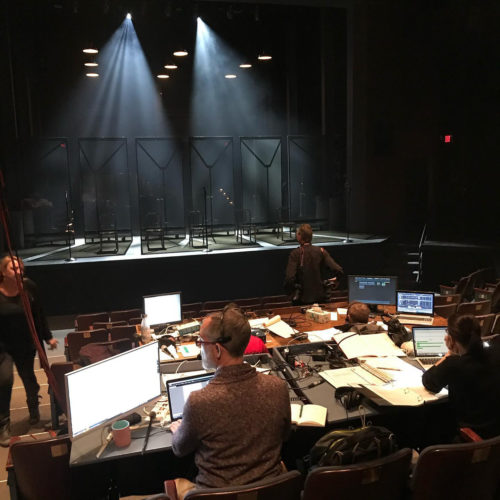 Another one of Ward’s future projects will highlight RCF as the main system in a new design for the Broadway production “Take Me Out”, scheduled to be one of the first performances when Broadway reopens April 21, 2021.