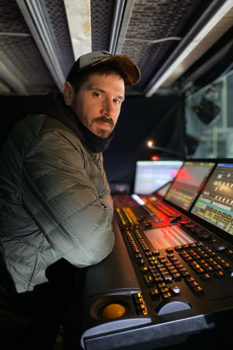 You just need to watch a few minutes of the postmodern theater show Fuerza Bruta to get an idea of the skills of our interviewee. Maxi Marrone can boast a career that anyone who aspires to work in lighting cannot ignore. From young age, thanks to the support of other lighting professionals, he was able to work in very important shows in Argentina. Taking advantage of that unique opportunity he could accumulate experience and build his own career path, that leaded to work at massive events, such as the concerts of Argentine singer and musician Indio Solari, or performances on a high international level, e.g. every show of Fuerza Bruta. In this interview we focus on Maxi’s work with Fuerza Bruta, but we will also speak about his work with rock bands from Argentina.

How did you get to the current concept of Fuerza Bruta’s show lighting?
The lighting of Fuerza Bruta shows changed a lot over time, especially due to the advancement of technology. For the first show, “Look Up”, which is already about 15 years old, we tried to maintain a theatrical concept: Par 64, Lekos, Fresnels, etc. For the second show, “Wayra”, although we continued on a conventional theatrical approach, we began to use other types of equipment, more moving lights, and over the time, we started using more and more LED luminaires. Currently, we’re talking about a much more modern show, since we began to use new technologies more intensively. Actually we do not use conventional lamps any longer. On the other hand, we started to experiment more with LED screens and automated luminaires.

The shows are impressive and have a great impact due to speed, dynamism, position changes. What are the challenges of lighting shows with these characteristics?
The biggest challenge is in the design, since we always try to improve the staging, then the programming of the show.
Being such a dynamic show and with scenery distributed all over the place, added to the large amount of equipment we use, synchronization plays a very important role.

Do you change the lighting design from one show to the other?
I feel lucky to work in a situation where lighting is evolving day by day. Depending on the city in which we are performing, I am forced to change the design respect to the previous one. For example, in Asia, the use of incandescent lamps is rather not allowed, that forces you to adapt the design show by show.

Recently, the show was performed at Rock in Rio for the first time. Did you plan something different for these presentations?
The Fuerza Bruta show in Rock in Rio was specially prepared for that event, so the lighting design had to be adapted to this new proposal. It was a show in a larger space we regularly use, with the main stage build on two levels and two smaller stage constructions placed like islands in the middle of the public. With a true Rock Festival audience it was necessary to design a show with great impact, with a more “popular” approach, leaving aside the “theatrical”, to point everything on having a big party.

How is synchronization created for each show?
Synchro is through SMPTE. All start from the DAW. I generally use Ableton Live. From the computer running Live, the signal is sent to the audio console via Ethernet, and from there to the light console.

What equipment do you use to control the show?
Since the beginning in 2005, we use MA Lighting consoles. We went through all the models of the brand. When we started with the show, we saw the need to work with SMPTE to synchronize the lighting with the audio and began working with a grandMA Series 1 desk. In 2010 we switched over to the grandMA series 2, and we’re still using it today. The brand has already released the grandMA Series 3 that we will soon start using with the latest version. 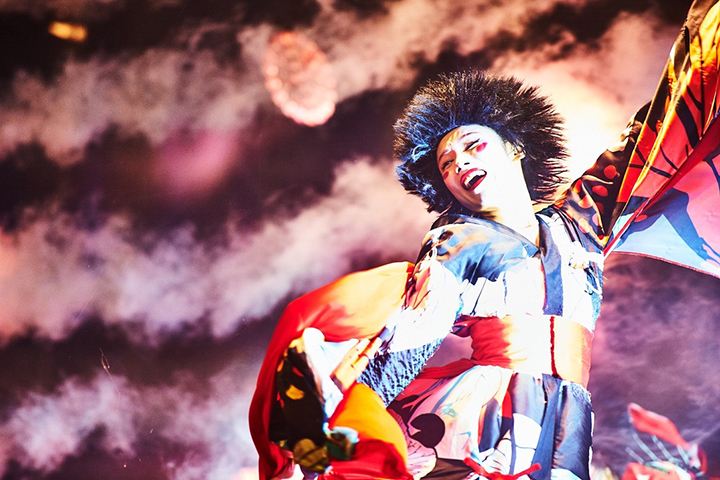 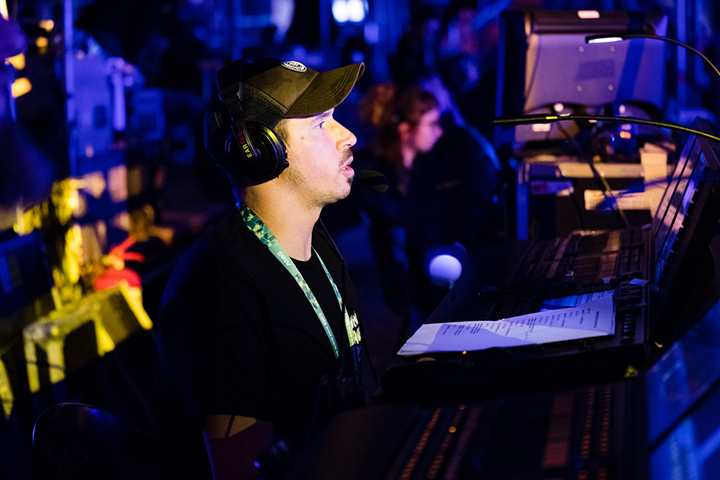 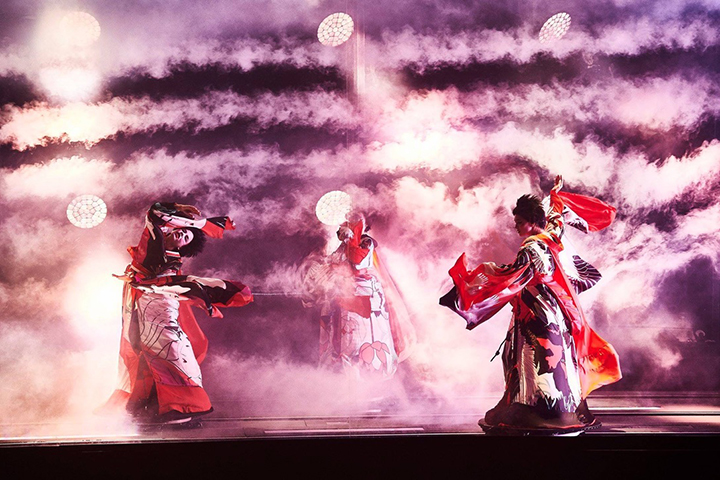 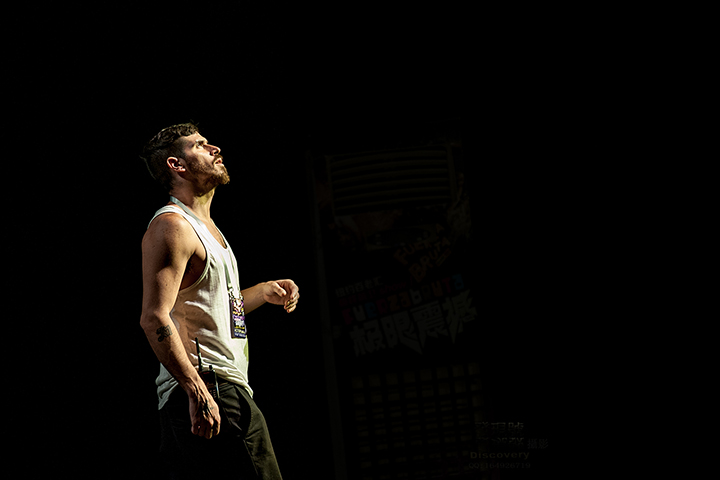 Could you describe the lighting plot you use for Fuerza Bruta?
The lighting plan varies depending on the space. As it is a 360 show, I must always have the entire air space of the room covered, as well as along the entire perimeter, at a height of approximately 3 meters. The show have many scenes that moves around the room and each one has a special setting.

Which luminaires do you like to work with?
Generally I try to get Robe fixtures. Beyond my liking for that brand, it is easy to find them all over the world. A few months ago, I was lucky to work at the MGM in Macau. In this impressive theater, we were able to have a greater variety of lights: Clay Paky (Mythos, Sharpys); GLP (Impression X4 XL); Martin (MAC Aura XB). Generally, in all the shows where I do the design, I try to have Robe BMFLWash Beam and Spiider lights, and Clay Paky Mythos and B-Eye K20.

What about your crew? How much people are involved and what is the task assignment?
It is made up of a draftsman for all 3D models and plans, a programmer and an operator.

Could you tell us a little about your professional background in lighting?
From the beginnings, I was still quite young, I had the luck to work with big acts. So I could start working with automated lights on some occasions in bands such as Charly García, Ratones Paranoicos, Divididos, Skay Beilinson, La Vela Puerca. Always on invitation by the operators of those bands, like Edi Pampín (Charly García), Marcelo Marrone (Paranoid Mice), Marcelo Marelli (Divididos), Sebastián Cybulski (La Vela Puerca).
Starting in 2010, I had the opportunity to work as the main operator of bands like Skay Beilinson, Catupechu Machu, Ciro y Los Persas. I want to mention Sandro Pujia, who always helped me. It was because of him that I started working with Ciro y Los Persas. From 2011, I started with Fuerza Bruta. In 2016 I worked on the shows of Indio Solari in Tandil and Olavarría (Argentina) and in 2018 in the opening design of “Juegos Olímpicos de la Juventud” with Fuerza Bruta (on 9 de Julio Avenue, the largest show I did to the present).