Tupelo Music Hall in Derry, New Hampshire transformed their business operations and parking lot into the “Tupelo Drive-In Experience” to produce some of the first live concerts in the United States with the new social distancing requirements. The music venue’s debut shows in mid-May were powered by a LEOPARD system provided by Meyer Sound rental partner UltraSound, showcasing one of the early innovations that explores new ways to deliver performances to a safely-distanced live audience. 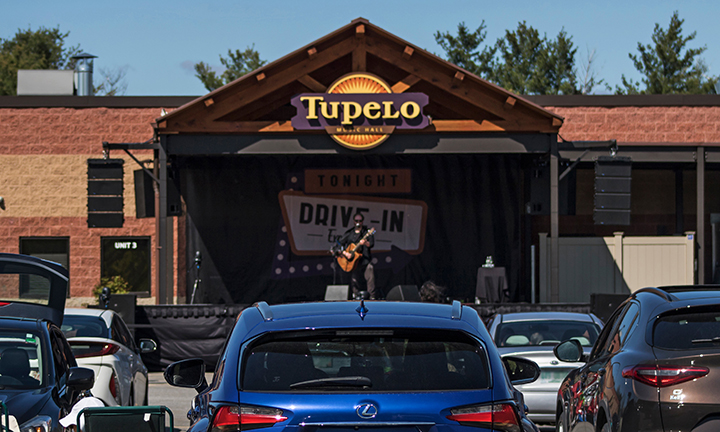 UltraSound’s Scott Tkachuk has been working alongside Tupelo Music Hall’s Owner Scott Hayward and Production Manager Paul Higgins since the conception of the drive-in shows in March. “About a week or two after the shelter-in-place order was issued, we began brainstorming. When the first phase of re-opening New Hampshire included drive-in theatres, we thought why not concerts? It had to happen,” Tkachuk said.

The Tupelo Music Hall team implemented creative methods of enforcing safety measures, while Tkachuk worked on providing an audio solution that was right for the job. Each “carload” is provided with two parking spots — one for the car and an adjacent space to stand or lounge in lawn chairs.

One challenge the audio team faced when setting up the audio solutions for the drive-in experience was addressing delay issues between the sound system and the car’s radio frequency. Although patrons had the option to sit in their car’s adjacent parking space, it was imperative that the PA system align with the local radio station’s output.

“We’re only about a mile from the radio station and are on the same network node, so we used a web browser extension, Cleanfeed, that transmits high quality digital audio. We managed to get the roundtrip, point-to-point audio measured to around 70 milliseconds and, naturally, matched the latency to the second row of cars,” Production Manager Paul Higgins explained. “It is not possible to match exactly, but we could make it early for everyone else. So, if the radio is turned up and could make noise before the PA hits the audience, they won’t notice the latency.” 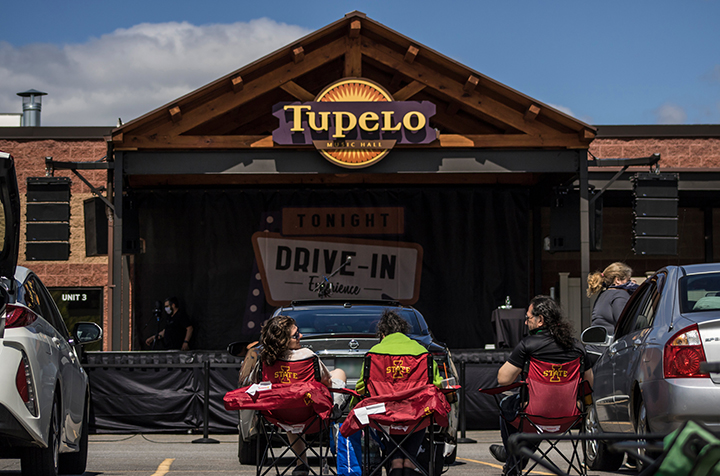 “I talked to Scott [Hayward] and said, ‘if we are doing this until the snow falls in October, we should do this right.’ LEOPARD is tight, light, and has a compact footprint, but it’s very powerful. It is the most versatile speaker enclosure out there. I call it the Swiss Army knife of PA,” Tkachuk said.

In response to a successful first weekend, the Tupelo Drive-In Experience now has events scheduled for every weekend through mid-June with more shows expected to be added. In addition to concerts, comedy performances and more are on the horizon for the summer. For those unable to attend, the venue livestreams each performance on their website.

“The shows turned out fantastic and it’s really the best-sounding outdoor concert venue,” Tupelo Music Hall Owner Scott Hayward reflected. “There is something about going out and hearing live music. People were teary-eyed because it was a stress relief to sit in the sun and enjoy live music. It gave people hope and something remotely normal, so it was a big success.” 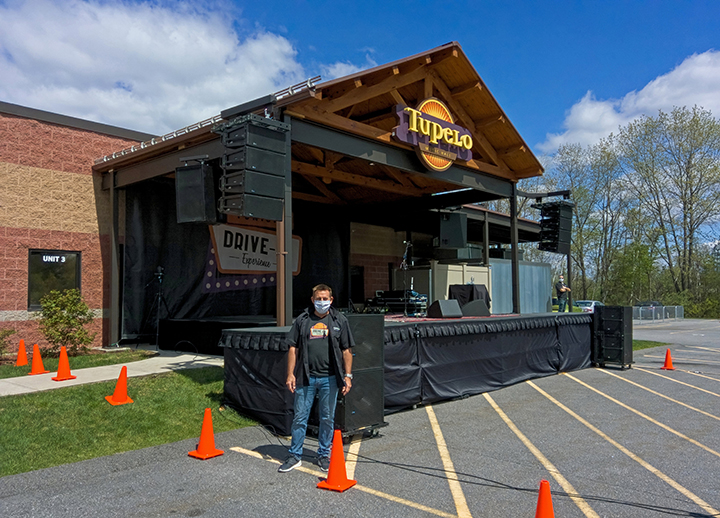 As the entertainment industry adjusts to the changing landscape of live performances, Tkachuk and the UltraSound crew plans to “collaborate with production companies, promoters, and artists. The good thing is we deal with very creative people who think outside the box and we will work together to think of solutions during this time.”