Fantasia Barrino won the third season of American Idol in 2004, standing out from some tough competition, and has since established herself as an R&B singer in the front ranks. A Grammy award winner for Best Female Vocal Performance on her single Bittersweet, Fantasia has sold almost three million albums in her native USA alone. During a career that has produced seven albums, she has starred on Broadway twice, receiving a Theatre World Award for her part as Celie in the Color Purple. On her recent Sketchbook Tour, this consummate performer demonstrated that she remains a force to be reckoned with, wowing audiences and critics alike with exceptional vocals and a stage presence to match. Writing in The Buffalo Times, Ben Siegel described a “riveting” performance “in full command of her production.” 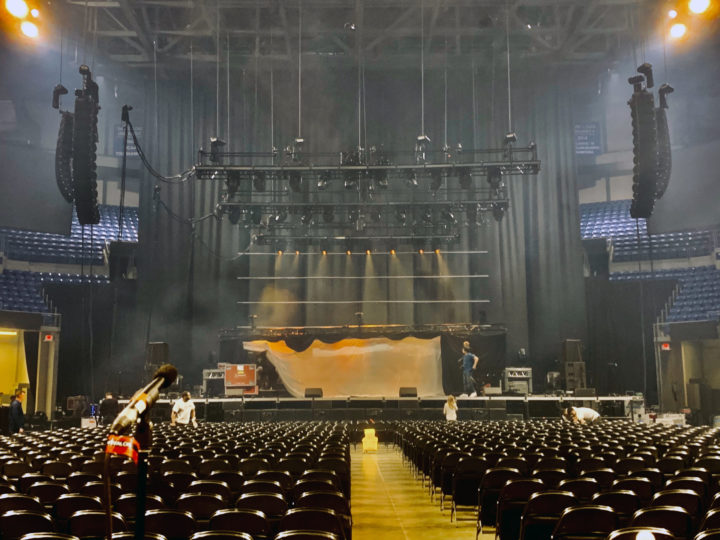 “We were one of a first companies in the North American touring market to recognise from the outset the great advantages offered by CODA systems. We’ve deployed AiRAY very successfully on a number of occasions including Corey Hart’s very well-received comeback arena tour of Canada, last year. Front of house engineer on that tour, Gary Stokes, rated the system very highly indeed…”

“I must say, when I first saw the hang, I was a bit sceptical that it would have the power and coverage to cover an arena show but boy was I pleasantly surprised! It covered as well as any PA I’ve used and maybe even better than some.”

The system deployed for the Sketchbook Tour, which featured guests Robin Thicke, Tank and Bonfyre, comprised 10 x AiRAY over 4 x ViRAY as front hangs (L&R), 4 x AiRAY over 8 x ViRAY as side hangs (L&R) and 6 x APS for front fills. 16 x SCPF subs were used in a horizontal cardioid block centre stage, with the system driven by a total of 8 x (per side) amplifiers. 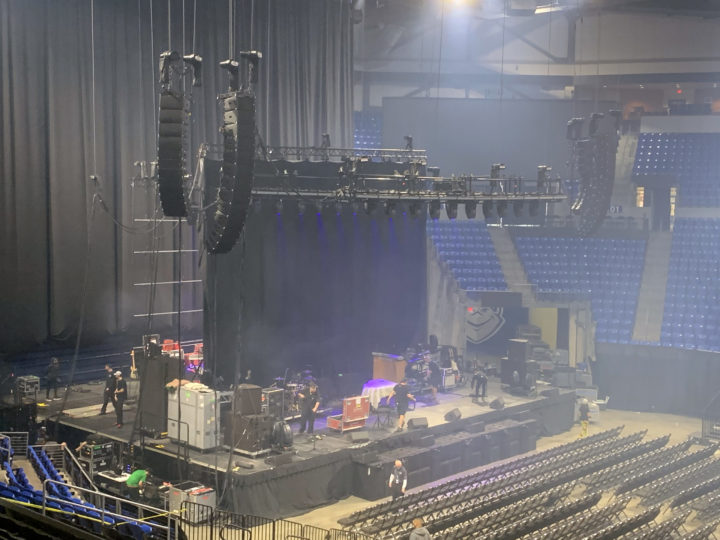 “As for the subs, OMG! They were punchy, thick and warm, and handled the weight of the super-lows with ease. Again, I was pleasantly surprised. I received quite a bit of positive feedback from concert-goers on what a great sounding show it was. I’d listen to the PA with no processing and I must say, with just a little EQ’ing for the room, it was ready to go.”

This is a recurring theme with engineers who have taken CODA systems to all corners of the globe, as are the notable practical and logistical advantages that it delivers. Gordon Mack offers a clear view of what he sees as the advantages:

“To begin with, it’s incredibly light. They’re small boxes so they don’t take up much room in the truckor on the grid, so it’s great for the set designers in terms of sight-lines. Bean counters, PMs, LDs and management will all love this array!”

“We’re really pleased that the Sketchbook tour proved to be a big hit and that AiRAY played its part. As a newcomer to CODA, Gordon Mack’s comments offer some objective and valuable insights into the benefits that our next generation technology brings. Our presence in the US market continues to grow as more and more audio professionals share the CODA Audio experience.”