Eurosono is a specialist events production company based in the Rhône-Alpes region of France, which has been serving a wide range of clients nationally and internationally for more than eighteen years. Its team comprises a forward-thinking collection of industry professionals  who consistently invest in innovation and new technologies to ensure that clients receive cutting-edge service. 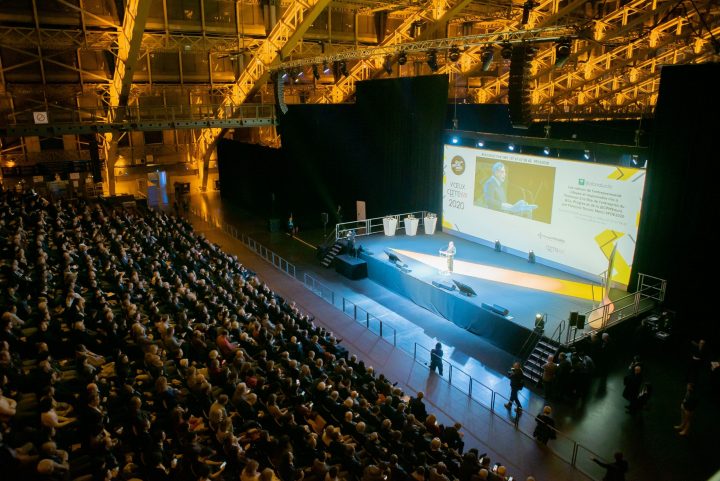 As a close and trusted member of the CODA Audio family, Eurosono were last year involved in the pre-launch trials of the company’s brand new ultra-compact N-RAY line array system. The feedback received by CODA Audio from the partners who took part in the trials played a significant part in the finished product that would be launched at ISE 2020 in Amsterdam. Eurosono were impressed, and having attended CODA’s pre-launch event of the system in September 2019, made an immediate investment. N-RAY was soon in action being deployed at two significant events in Lyon.

The Halle Tony Garnier in Lyon is an iconic venue and a designated historical monument. Originally a market and slaughterhouse, the hall became a concert venue in 1988 and is one of the biggest multi-use arena spaces in France, staging everything from large gigs to corporate events. It is renowned for its good acoustics. Eurosono was asked to supply audio for an event called ‘The Trophies of Enterprise’ staged by the Progrès daily newspaper and CPME, an organisation supporting small businesses in the region, as Eurosono Events Director and CEO of Tech and Live service provision, Mathieu Aufort explains: 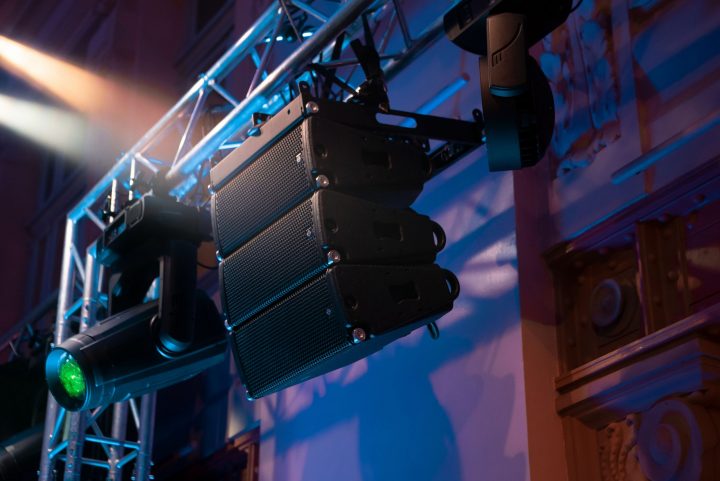 “The brief at this event was to cover a stall of 3000 people without installing an army of speakers! The system needed to be discreet as this was an event rather than a performance or show. We needed a system that was light – good in terms of weight and visibility, whilst still fulfilling all the sound requirements of the situation.”

Eurosono felt that this was an ideal opportunity to put the new N-RAY system through its paces and were not disappointed. Front of house engineer for the event, Félix Dutrève reflects on the choice: “The shape and size of the Tony Garnier required a very efficient system, as I had to cater for forty-five metres in depth and thirty metres in length. I covered the stalls with just twelve speakers per side which is really quite a small number. ”

The system comprised 12 x N-RAY per side with 8 x SCV-F on the ground. A further 8 x HOPS-8 were used as front fill to cover the stalls up to the front row, with 6 x N-APS as side fills. Dutrève hadn’t visited the Tony Garnier for a while and when he arrived in the morning noted just how big it was – the system on the floor by contrast, appeared quite small…

He continues: “My first impression when I listened to it was the range, for a start. We found ourselves at the top of the stalls more than forty-five metres away and went – ‘oh wow, yeah, that works!’. There’s a real vertical and horizontal consistency – when we moved from right to left, the sound stayed consistent, the same – it doesn’t move. There was a homogeneity across the whole distance which is very good.” 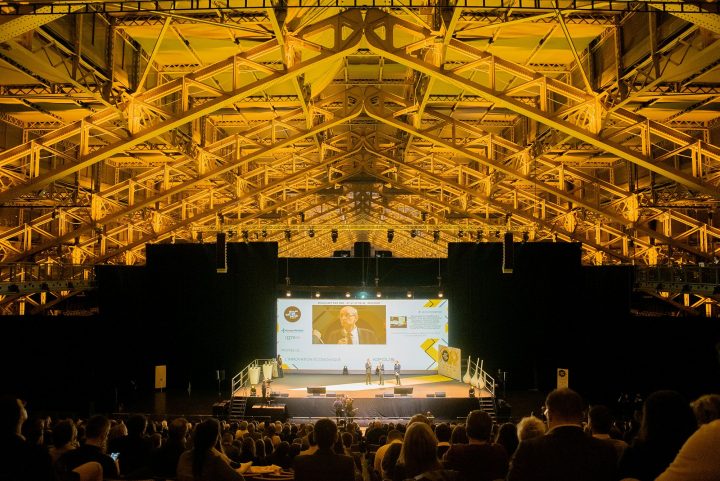 N-RAY features CODA’s unique Dynamic Airflow Cooling (DAC) technology, something remarked upon by the engineer: “That’s so great. The DAC technology allows us to have lots more SPL and get down to a lower frequency. I think we managed to go lower than 80 Hertz with these small speakers, so that’s quite impressive! Between the DAC and the dual annulars there is a lot of power condensed in a small speaker system. For this event it was great! It’s small, it’s light, it doesn’t take up much space and it carries the sound very far and very loudly.”

By contrast to the Tony Garnier, the 20th anniversary event staged for F&K Bistroclub in the Garre Des Brotteaux, a former railway station, was a more acoustically challenging space. Matthieu Aufort comments: “The specifications were a lot different. This was a very complicated place to fit out with a sound system because it’s very reverberant – there were shiny paving stones with gaps everywhere. The challenge was to create a clear sound (without spoiling the aesthetic of the space) that could really do justice for this important event that, featured a group of around ten musicians…”

In a long room with the stage running along its the length, the team decided to put up four stacks of 3 x N-RAY, supplemented by N-APS to support the near field. The multi-hang along the room maintained clarity and strong acoustic pressure and still left plenty of headroom. Aufort concludes: “The team were very comfortable working with the system – we showed why we were there and the challenge was overcome!”