An Exclusive Boxing Night staged recently by Genk-based company De Uitdaging at the Sporthal in Kuringen, Belgium, saw an impressive array of talent line up to compete in a series of bouts which included Hovo Martirosyan defeating Bilal Messoudi to win the vacant Belgian Welterweight title. More than a thousand people attended the evening, which featured fifteen bouts. High quality audio is essential at such an event, both in contributing to the atmosphere with music reinforcement and also enabling spectators to hear announcements in what is a naturally noisy environment. 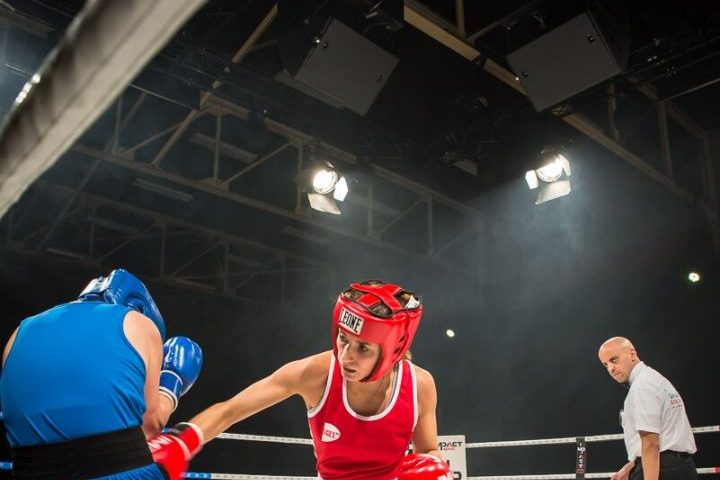 Leading events production supplier Visible Noize was engaged to supply Audio for the event and chose CODA Audio to meet the challenge. Wim Wuytens, owner at Visible Noize describes the brief: “This was only the second edition of the Exclusive Boxing night and the promoters wanted to improve the audio, recognising that it plays a very important part in helping to energise the events on the night. When each boxer is announced, a DJ plays an entrance song, some statistics and history are presented and then, when the fight takes place, there is more music between the rounds. The system needed to be flexible enough to deliver intelligible spoken word and loud music!”

As well as the necessary audio flexibility, the system had to achieve 360° coverage of the arena and also be flown, in order that every seat had an uninterrupted view. Wuytens continues: “As an owner of the APS system I was completely confident about its sound quality and that it had more than enough output for the arena. Placing the rig around the ring was not an option – we wouldn’t have achieved the coverage and would have interrupted the sight-lines. Also, the VIP tables close to the ring sold out really quickly, so it was clear the subs had to be flown as well. We redrew the grid above the ring, where we were able to cluster four hangs, each consisting of two tops and a sub above them. Flying the subs above the tops made the system time-aligned and added some extra coupling to the system itself. I even had to decrease the sub output a little because they combined to give a really noticeable boost in the low end!” 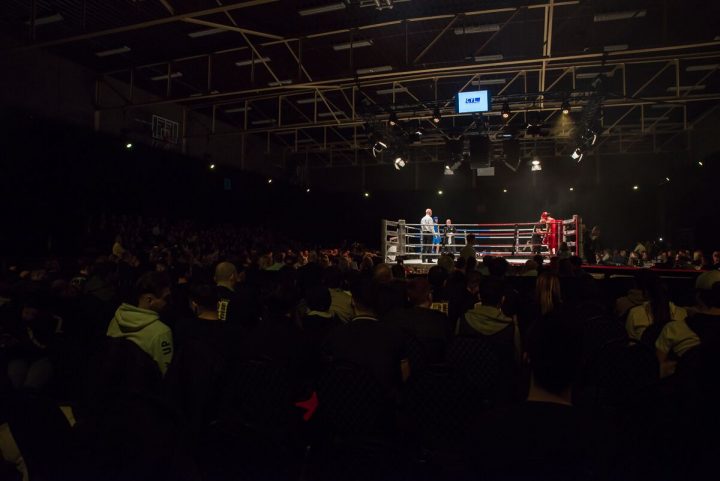 The system in the Sporthal was flown above the boxing ring on an 8m x 8m grid with a central crosspiece. Each flybar was placed around 50cm from the centre to maintain sufficient space between the subs. Two APS tops were flown below each sub with 90° dispersion – the angle of the coupled tops providing optimal coverage from the edge of the ring to the furthest parts of the arena. Two LINUS10C amplifiers were also flown and controlled by LINUS Control.

Wim Wuytens at Visible Noize was the first owner of APS in Belgium, having seen the system demonstrated by CODA distributor Hans Engelen of Viladco. He was seeking a system with good scalability for small to medium sized events and as demand has grown over time, has added more to his inventory to bring larger events into reach. Reflecting on the Exclusive Boxing Night, Wuytens was delighted with the outcome: “This was the easiest way to set up the system for the event and it couldn’t have been better. In my opinion, the CODA Audio APS system covers everything from speech, through acoustic music to punchy live performance and it was perfect for every aspect of this particular event. Every corner of the arena experienced the crisp, clear, in-your-face CODA sound that I’ve come to expect and there was plenty of bottom end when the DJ ramped it up. The client was convinced from the outset that he’d made the right choice. They were first impressed by how neat the system looked – when they heard it in use they were completely astonished by the quality of the sound.”

CODA Audio APS is a compact and efficient 2 x 10” design which contains its signature DDP driver technology. The system is an arrayable point source that combines the user-friendliness of a point source with the qualities of a line array. As Visible Noize demonstrated in Kuringen, it packs a mighty punch for a lightweight…