With new brands coming to market, ‘3D’ sound may just be about to envelop the industry… says Phil Ward.

No new technology happens overnight, but this year will see the highest number of demos, sales pitches and exhibitions of immersive audio solutions since Alan Blumlein invented stereo. That needed two speakers instead of one and, true, immersive audio needs more than the conventional hang of line array or LCR point source. However, the rewards are many and, if adopted more widely by productions of every kind, ‘immersive’ will place audio back on the pedestal it occupied when stereo was regarded as a miracle.

Georg Stummer, of d&b audiotechnik Product Management, tells to us just how far d&b’s Soundscape platform has come since its launch two years ago. “At the centre of d&b Soundscape is the DS100 signal engine, a matrix for the d&b loudspeaker system, an object-based positioning tool and a room emulation engine,” he says. “All these modules can be used simultaneously or individually. The Soundscape toolkit is fully integrated into the d&b workflow, so it can be enabled and used in an existing d&b system in the familiar processes and routines of ArrayCalc and R1, similar in operation to any conventional d&b loudspeaker system.”

The extent of any loudspeaker system configuration is in the hands of the user: the more loudspeakers used, the greater the resolution and stability of the sound over the audience area. “Soundscape’s configuration can be extended to a full 360° surround design for venues the size of an arena, enveloping the entire audience in exceptional clarity and detail,” adds Stummer. But Soundscape technology can also be used to enhance a frontal 180° system with object-based processing to create high-resolution experiences. “In the field,” says Stummer, “we’re seeing people use the toolkit in all sorts of interesting ways that we didn’t expect and we’re delighted to find that, in the hands of professionals, the results are really impressive.”

Sharing the vanguard of immersive audio for live sound with d&b is L-Acoustics, the French pioneer of line array. Product Manager Scott Sugden reveals that the immersive market is now at a pivotal position at which content creation is coming to the fore… “At ISE,” he reports, “we did a series of workshops called ‘The Anatomy of an L-ISA Mix’: instead of us saying why you need it, we had sound designers and engineers explaining how they use it on real shows. We’ll be doing this again in Frankfurt with some world-renowned users.” 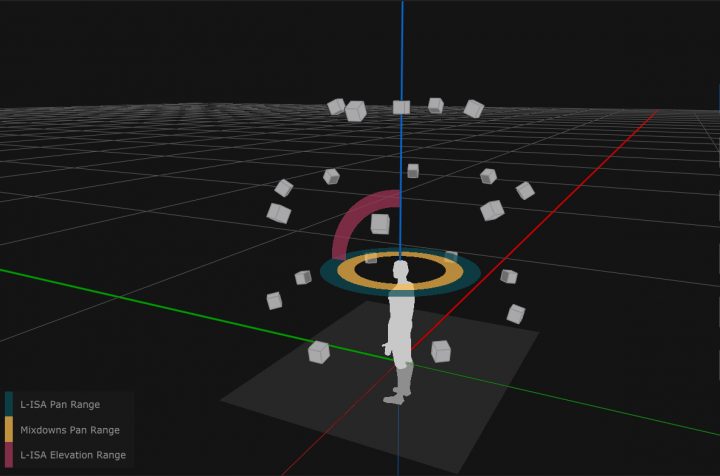 Just out, L-ISA Version 2.0 is a major upgrade to the original package, featuring workflow improvements and reductions in processing time: “the processor is about 1.2 milliseconds faster,” claims Sugden. Also new is a source-control plug-in offering mono, stereo or group control within a DAW, Ableton Live or QLab; and a new console partnership with Yamaha that will make L-ISA internally compatible with Rivage PM10 Digital Mixing Systems. Look out for a room at Frankfurt called ‘Interact With L-Acoustics’ that will feature around four different console manufacturers demo’ing their interfaces with L-ISA, with full measurement calibration and further content creation techniques on display.

L-ISA and Soundscape have already had an impact on high-end live sound touring and concerts, but equally pave the way for wider use of immersive audio for installed sound everywhere from theatres to theme parks. Interestingly, while Meyer Sound’s Spacemap LIVE solution was previewed at Prolight+Sound a year ago, the company has re-thought the interfaces for it to accommodate exactly this broader population of end users as pro audio expands into new and traditional AV markets.

Speaking exclusively to LightSoundJournal, Meyer Sound’s Director of Spatial Sound Steve Ellison has this to say about the updated version of Spacemap that will now be seen in Frankfurt next month.
“Spacemap Go is our new iPad app that users will download to unlock the new spatial sound design and mixing capabilities of GALAXY,” Ellison says. “The original inspiration for Spacemap LIVE was to create an intuitive tablet interface with GALAXY processors for dynamic, live, spatial mixing, built around Spacemap. During the development process, we realized we could broaden the product’s reach by supporting theatrical and fixed installation workflows as well. We’re doing this by providing support for external control systems that our users already enjoy, such as DAW software and QLab. Pivoting the product name to ‘Spacemap Go’ helps communicate that the app enables automated as well as live workflows.” 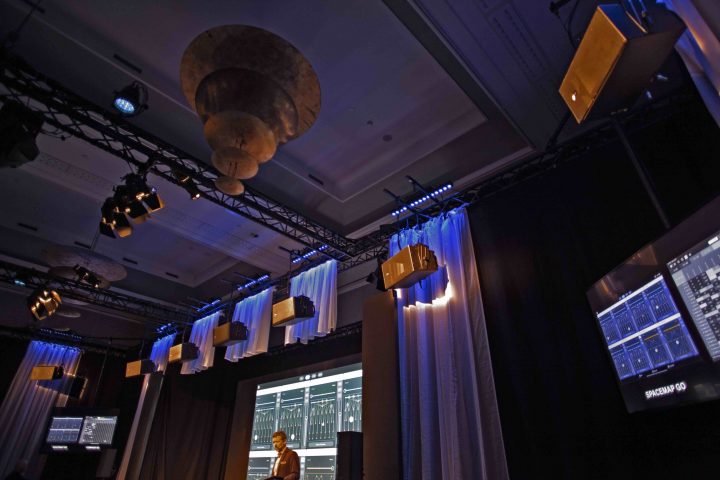 Another new solution to look out for at PL+S is D3pth, provided by Italian pro audio mainstay RCF. “The D3PTH E1 rackmount engine provides all necessary processing to handle an immersive audio system with real-time control via D3PTH software,” says RCF, whose entry into the market at this stage marks a vital step forward in the broadening and strengthening of competition so necessary for any audio format, concept or solution to gain traction.

Other loudspeaker manufacturers may follow suit, but even if they don’t there are currently two highly adaptable solutions for use with any enclosures: TiMax and Astro Spatial Audio. TiMax is developed by Out Board in the UK and was the first ever piece of software to create immersive audio. Sound designers regard it as the most detailed, high-end solution on the market, still the one that provides the fine-grained tuning necessary for very exacting opera and theatrical applications: how it reacts to the increased competition in live sound will be fascinating.

Astro Spatial Audio owes its origins to Fraunhofer, the German research organization. Its pioneering work in object-based audio inspired Astro to market a solution specifically tailored to pro audio applications, and users now range from The Berlin State Opera to Underworld, the cutting-edge UK techno band. Such versatility is there for all to see and, mirroring Meyer Sound’s focus on content creation, Astro’s UK distributor 2BHeard has now opened a dubbing studio to prepare audio for spatial applications as a boutique agency. 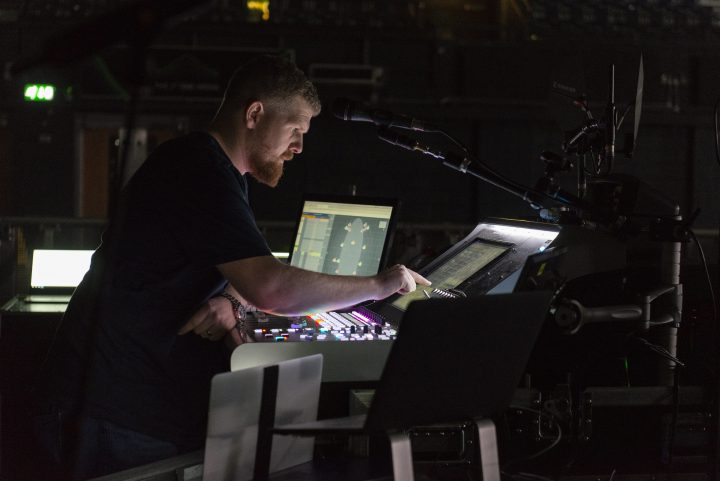 Identifying this world of AV as a new priority, several other immersive audio platforms are beginning to emerge as major players. SPAT Revolution is software for real-time 3D audio mixing based on parallel research by French audio institute IRCAM, picked up and developed by software gurus and fellow countrymen Flux Sound & Picture Development in a similar way to Astro’s appropriation of the Fraunhofer algorithms. Flux specializes in audio plug-ins, and has made its reputation among recording studios, film sound stages, radio stations and TV broadcasters.

Increasingly, installers are using it for immersive AV programmes in museums, galleries, theme parks and other attractions.
Another well-established format now addressing AV is Sennheiser’s AMBEO, a processing platform conceived for where theatrical performance meets content capture and creation. Using the company’s microphone expertise, AMBEO enables 3D audio capture via an easily configurable workflow, while at the output stage making a sound field for scalable immersive experience in a wide variety of spaces. Add in Augmented Reality using the dearVR engine by Dear Reality in Düsseldorf, and you can match the audio source location to the position of any image or performer in the sound field.

It must be acknowledged that in several quarters of the busy rental industry there are misgivings about the extra investment needed to deploy immersive systems. These are understandable but must be measured against two things: the leap in sound quality that would, ultimately, reap rewards; and the availability of immersive solutions to much existing inventory, with relatively little adjustment for many applications. The ease of the transition will have to be made clear at all those demos.

Live, playback, both… if you’re looking for exciting new ways to deploy audio, you’re surrounded by them.