On 18th January, for the Berlin-Brandenburg Academy of Sciences “Salon Sophie Charlotte 2020”, Julius Hübener, a graduate of Beuth University of Applied Sciences, presented “Warming Stripes” by Ed Hawkins as an artistic light installation at the Gendarmenmarkt in Berlin, under the direction of Prof. Susanne Auffermannt. 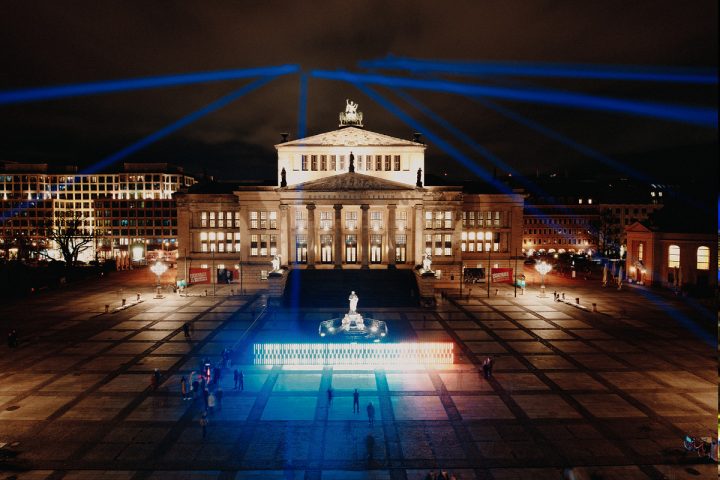 The British climate researcher made the human-made climate crisis visible in 2018 using so-called warming stripes, a minimalist representation of the global temperature development of the last century. Julius Hübener transformed this alarming visualisation of the global rise in temperature from a two dimensional representation to a shining memorial at the Gendarmenmarkt. The temperature development of various countries and regions over the past hundred years has subsequently become visible in a public space, spread over a length of twenty metres. An installation that not only conveys research knowledge to the viewer, but also emphasises the acute need for social and political action with respect to our habitat. 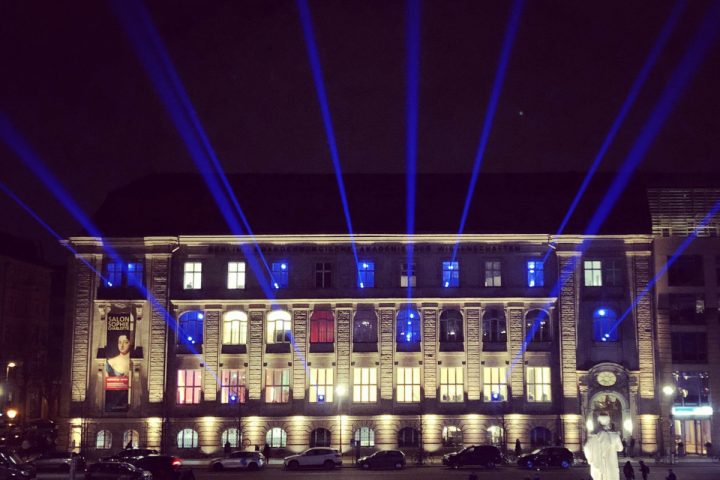 In addition, Florian Fritsch, also a masters student at Beuth University of Applied Sciences, illuminated the Berlin-Brandenburg Academy of Sciences building in the same way. Eleven beams of light rose from the building into the sky. A visible sign that our world rests on the concept of science. These light beams, using ClayPaky Xtylos, which shone from the windows of the building, were compatible with the “Warming Stripes” installation with their luminous colours, representing the temperature development of the last century. 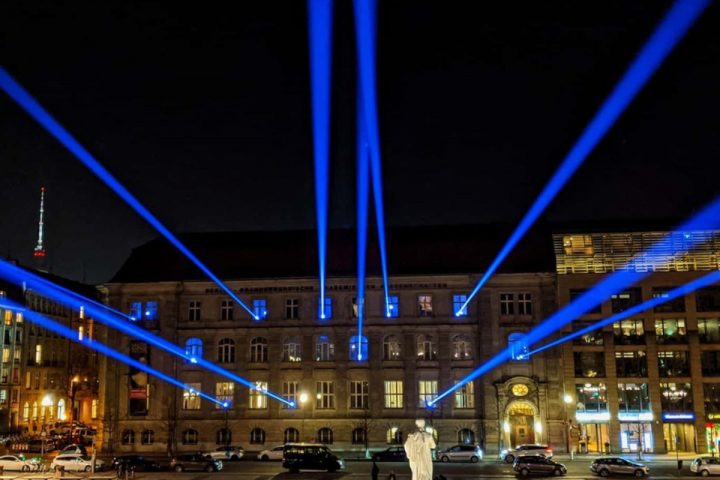 Florian Fritsch on the selection of lights: “We chose the ClayPaky Xtylos, because Moving Light best suited our requirements. We needed light that applied brightness, to project a clearly visible, narrow beam into the sky without the need to use Haze. It was important that the beam of Moving Lights did not generate too much heat, because we wanted to shine it through windows of the Berlin-Brandenburg Academy of Sciences. The current consumption of the lamps also needed to be kept low, because we were using the domestic power connections in the respective rooms. Xtylos was the perfect choice at only 400W and due to its extreme brightness. We are very happy that VisionTwo, the German ClayPaky distributor, along with eleven ClayPaky supported Xtylos were able to make this installation possible.”