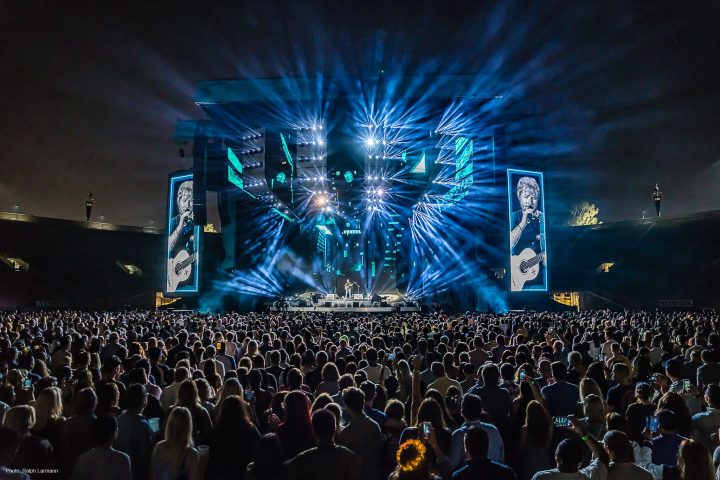 Cunniffe created a set piece for the tour comprised of LED tiles and lighting with a massive curved crown above the stage and tall columnar center piece.  The elements at times resembled a goblet and a tree.  Four automated triangular pods resided in the underside of the LED structure; each pod was on three variable speed motors controlled by Kinesys.

Cunniffe used 118 Mythos 2 spot and beam fixtures in the crown, base and across the front of Sheeran’s riser; 10 Mythos 2 were mounted inside each triangular pod. 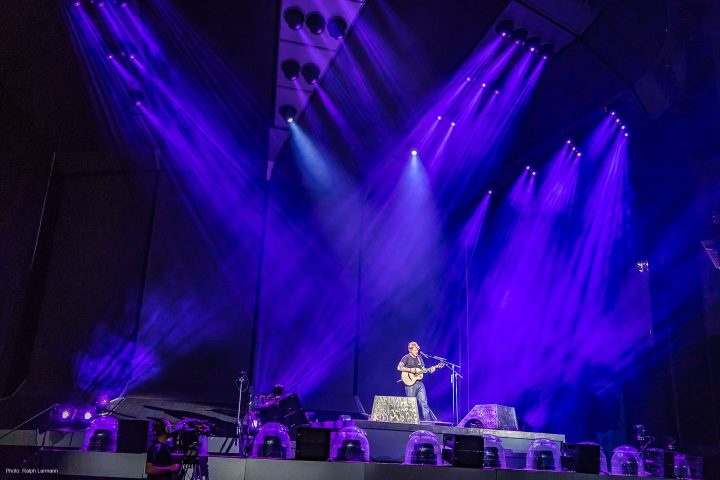 “One of the driving factors behind choosing Mythos 2 was the size,” says Cunniffe.  “I knew I could hang it on its side, it’s relatively light and it could fit through an aperture.  I could hide 30 to 40 percent of the unit behind the structure, and you just saw the aperture and the lens: It looked as though it was built into the production, as opposed to being hung on it.”

Cunniffe also mounted 24 Scenius Unicos, versatile spot, wash and beam lights, on four linear trusses upstage of the lighting pods.  “They shone through the holes, but you couldn’t see the source, only the beams of light,” he recalls.  “Unicos are much bigger and brighter units, but because they were hidden by the production, the eye was not drawn to them but to what they were doing.” 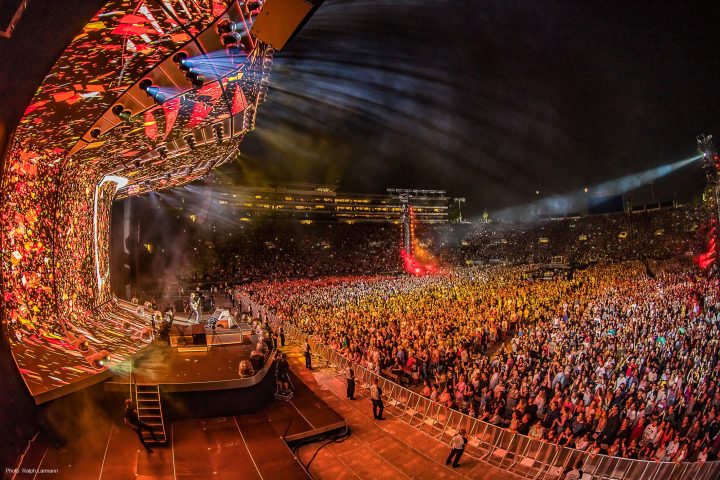 He likens Mythos to a “rock ’n roll unit” while Unico is “midway between theater and rock ’n roll” with its bright beam and full shuttering.  “Unico is a fantastic stadium profile because it’s so bright and has the shuttering, and it has a bigger presence.

“They’re a great bunch of people at Claypaky.  They have designed some really good products,” Cunniffe concludes.