When the £84m International Convention Centre Wales (ICCW) opened in September last year, it was not only the first of its kind in Wales, but this joint venture between the Welsh Government and the Celtic Manor Resort has contrived to deliver an astonishing 26,000 sq.m. of total floor space for meetings, conferences and exhibitions (around the size of four international rugby pitches). For visitors driving down the adjacent M4 motorway, the 10-metre tall red steel dragon provides an unmistakable landmark. 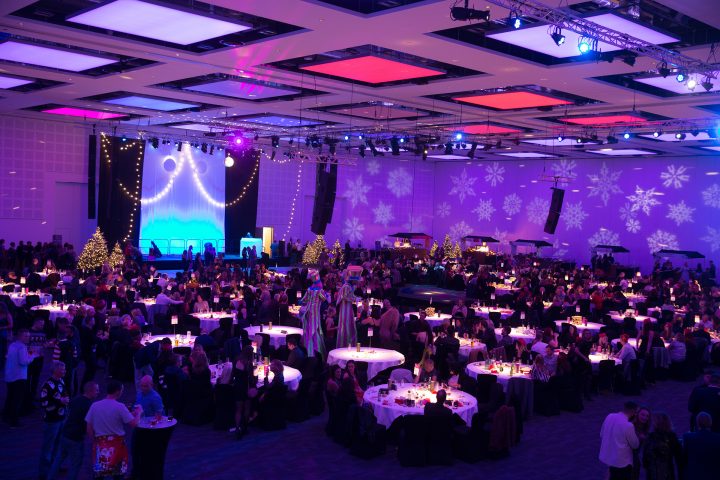 Incorporated within this is a 4,000 sq.m., pillar-free, almost infinitely reconfigurable main hall, and it was this space that threw up many challenges for the technology contractors, Stage Electrics. Their solution was to specify an end-to-end audio workflow from the extensive RCF catalogue, tying nearly 800 loudspeaker products (and over 1,000 RCF components in total) into a multi-use PA in the main hall and mobile systems for the meeting rooms, merged into a fully-compliant PAVA environment.

With the inception of the project dating back to 2016, many technical pitfalls had to be overcome along the way, Simon Cooper led the Stage Electrics engineering team for this project which benefitted from his substantial prior experience in Convention Centre systems.

Stage Electrics were awarded the contract in part by virtue of having worked with Celtic Manor on a number of previous occasions and most significantly by putting forward the most compelling solution to the challenges posed. The scope of work—incorporating A/V, lighting (including public space), technical loose equipment and stage engineering consultancy—was set out by Russell Phillips, VP, Facilities and Development at Celtic Manor. But first Cooper, along with Business Development Manager Saul Eagles, needed to initiate a stringent, but uncompromising cost-cutting programme to bring it into budget.

Stage Electrics have enjoyed enormous success installing RCF systems into a wide range of applications for over 15 years, as Dan Aldridge, their Commercial & Projects Director, points out. “We specify RCF because of its reliability, the support we receive—particularly with regard to very large multizone distributed systems—and the price point. But the products are also sensibly differentiated by price whilst delivering exceptional performance and that makes it compelling for clients especially when ‘A-B’ listening and measurement tests are carried out as part of the evaluation, as was the case here.” 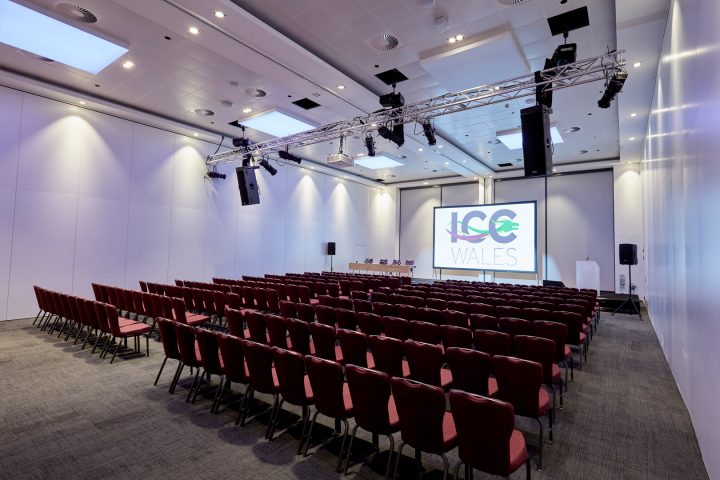 Once Mick Butler, RCF’s UK Regional Sales Manager North, had conducted a site demo of the TTL 6-A three-way active line source, its adoption became axiomatic. “That was the litmus test,” he exclaims.

The decision was rubber-stamped by Eric Rymer from venue consultants, Right Solutions, who have worked with RCF at similar International Conference Centres in Belfast and Birmingham, (an area in which Simon Cooper himself also has direct experience). “We then developed the scheme over the next 18 months,” he said.

Originally, the voice alarm / evacuation had been subject to a separate contract, with another brand and electrical contractor in line to carry out the work. Since this approach would have vastly exceeded the budget, Butler was soon introducing Simon Cooper to Francesco Venturi from RCF’s Engineering Support Group in Italy. Following a meeting in London in September 2017, talks were finalised to sit an RCF DXT 9000 multi-platform comms system (linked to RCF ceiling speakers, aluminium projector speakers, and Media background speakers at the heart of the set-up. He was able to deliver proof of concept that Voice Alarm and Pro Install could be integrated into a completely scalable and versatile range of configurations (since ICCW offers 26 different room geometrics).

Both Dan Aldridge and Simon Cooper realised that by being able to create their own specification advantages of cost and efficiencies could be achieved for all parties—notably that the entire workflow would be in the hands of a single contractor. 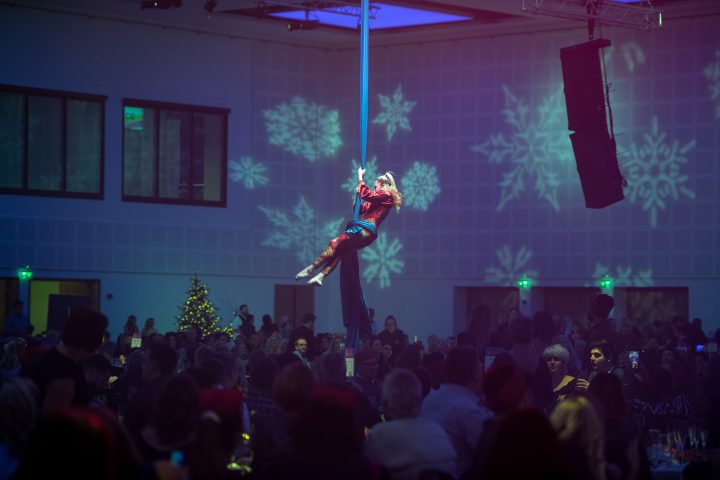 The sound reinforcement in the Main Hall functions independent of the PAVA. For this, Stage Electrics provided 18 x TTL 6-A elements, 10 TTL 6-AS active bass modules with RCF SUB 8006-AS providing further LF extension, all controlled using RCF’s proprietary RD Net. The 3-way TTL 6-A line source is equipped with 2 x 12” low frequencies woofers, 4 x 6.5” midranges and a 3.0” voice coil compression driver while the TTL 6-AS contains three 12in woofers. Flexible and quick to rig, this scalable system can be set up as a one-box solution or expanded into a complete column, optimised by allowing the TTL 6-A tilt angle to be set accordingly.

A further six RCF EVOX 10 and four EVOX 12, along with the HD 10-A, HD 12-A and SUB 8006-AS have been provided as a highly portable roll-in/roll-out system for use in their 15 flexible meeting rooms, in addition to Media M 801 for further reproduction purposes, including background.

As Mick Butler points out, “TTL 6-A can do all that and as it’s a line source system with wide horizontal and controlled vertical pattern—you don’t need to do comprehensive calculations every time you reconfigure the room.” Hosting such varied content, it was vital the ICCW could turn the spaces round quickly to accommodate the incoming corporate events, and the specific sound requirements.