Arguably one of the most anticipated festivals in Mexico, Fiestas de Octubre, is a cultural and recreational celebration held in October in the state of Jalisco with its headquarters in the capital, Guadalajara. Bringing together more than one million people, the 32-day festival is filled with a bountiful display of popular culture and fine arts, mariachi music, and a spectacular spread of traditional food, Mexican beer and wine. This year, the explosive energy of the festival was matched by the sound quality of an L-Acoustics K2 loudspeaker system. 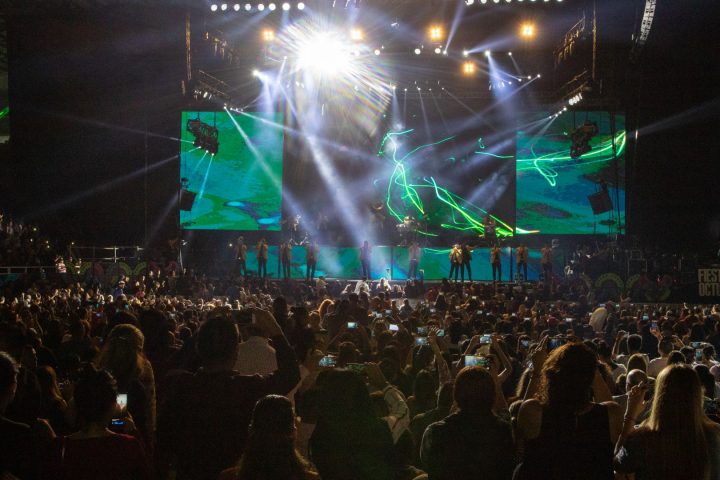 The AEEJ (Agencia Estatal de Entretenimiento de Jalisco) was in charge of operating Fiestas de Octubre 2019, which has been running since 1965 in the Benito Juárez Auditorium, as well as in different locations of the state of Jalisco. The chosen rental partner was Mexico City-based LOGRA which has long-standing experience of supplying equipment to festivals, corporate events and, more recently, on local tours. The company is well-known within the industry and has earned a solid reputation through events such as the Mexican Independence Day Celebration, Corona Music Fest, Corona Sunsets, Rockampeonato Telcel, Arcadia, F1 Grand Prix Mexico and other high-profile projects.

As the festival grows year-on-year, attracting ever higher numbers of people and more artistic acts, the challenge for LOGRA was to deliver an outstanding audio system that would once again raise the bar for an event of such enormous dimensions.

Jonathan de la Peña, sound reinforcement specialist at dB Audio Production Service Group, was responsible for producing the design and aligning the audio system for the main fórum area, which holds around 16,000 people. The key issue to tackle was high levels of reverberation. 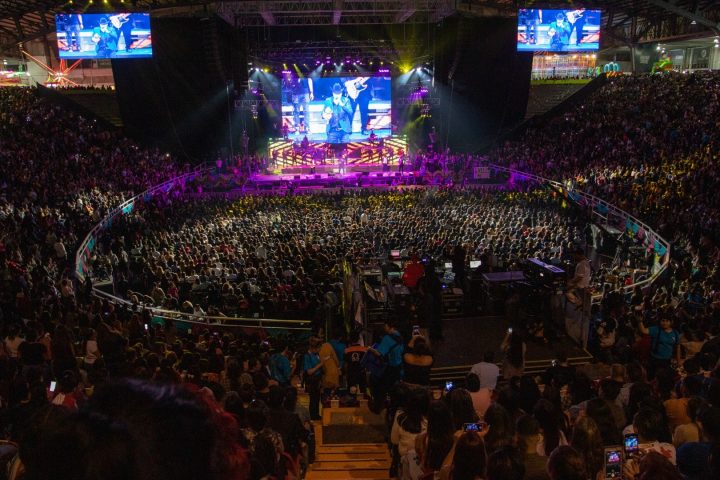 “From an architectural perspective, the venue has a curved ceiling made of metal sheets with no acoustic treatment,” says Peña. “The floor is made of concrete and the seats around the main pit floor are stadium-style fixed plastic chairs. Besides that, there is a big concourse around the seating area in the upper area which would normally not be taken into account for the coverage of the system.

“As a local, I have worked in this place many times and watched a number of concerts there and, normally, they would just hang speaker clusters to take care of the arena,” adds Peña. “They would put the top box of the array pointing straight at a 0º angle to the last row and then start to splay it down. I have always thought this way of doing it sends a lot of energy to unnecessary parts of the room.” 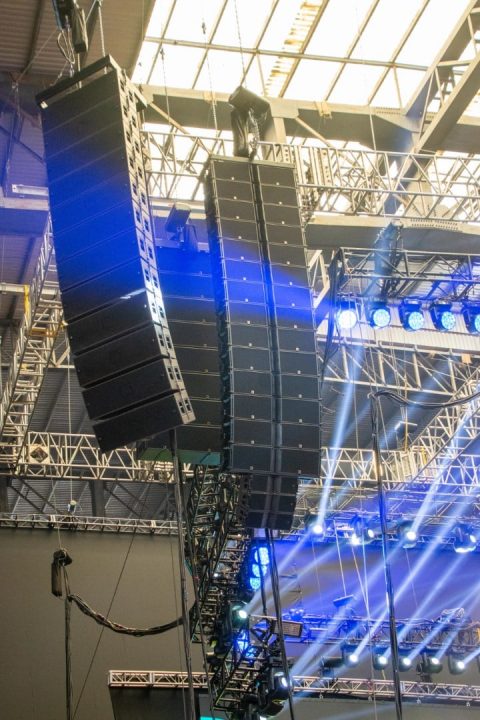 Jonathan knew that he needed to place a higher angle of incidence over the audience, so he decided it was necessary to go higher and needed a ‘’laser precision’ wave guide. Originally the idea was to do the design using only V-DOSC cabinets, but after running the first test he quickly realised that with the concept he had in mind, which included flown subwoofers, he needed cabinets that would let him splay the array more, and that the rigging would also allow for an overall steeper angle.

“That was when we switched to K2 for the main PA,” says Peña. “With K2 we were able to achieve the angles I wanted whilst leaving spare kilograms for the rigging department to hang the K1 subs on the same steel beam. With that, the sound quality was guaranteed.”

V-DOSC was still used for the outfills, and dV-DOSC was utilised to cover all fills. Four stacks of SB28 subs in cardioid mode were used for the audience pit area.

“The rest depended upon having 32 shows with a full audience, as humans are my favourite sound-absorbing material,” jokes Peña.

The final design comprised two main hangs of 14 K2 with three Kara as downfill, and two hangs of eight K1-SB flown behind, plus two hangs of 12 V-DOSC providing side fill. Three stacks of two dV-DOSC were positioned on the stage lip for front fill, with three dV-DOSC ground stacked stage left and right for outfill. Sixteen ground stacked SB28 subs – four stacks of four each – were positioned in front of the stage. Stage monitoring was via 13 115 XT HiQ, with a further 115 XT HiQ and an SB18 for drum fill.

“My only request to Jonathan was to give the audience in the concourse level the same great sound experience as in the seating areas, especially because there had been a recent upgrade to the video walls and lighting. The intention was for everyone to have a great time no matter where they were positioned in the venue,” said Fiestas de Octubre Technical Director, Fernando Albanés. “I consider Jonathan to be one of the top three sound system specialists in Latin America, so it was an honour to have him working on this event.”

With over 30 years of experience in the entertainment industry, it was the first time that Albanés had to take on full responsibility of the festival production. With such a long run and a jam-packed schedule, this was a massive task.

“Needless to say, it was a challenge to run an event of such proportions,” declares Albanés. “We had 32 consecutive days of continuous performances and entertainment, with acts varying from Chinese acrobatic theatre to live music concerts with multiple opening bands and a headline act.

“It is always a pleasure for me to work with Jonathan de la Peña and with Alex Soto from L-Acoustics. The event required great planning and having Alex working alongside the LOGRA team was massively reassuring to me. He was always there when I needed him, and his audio knowledge is second to none. For me, K2 is a winner. I consider it to be the best loudspeaker ever created by L-Acoustics.”