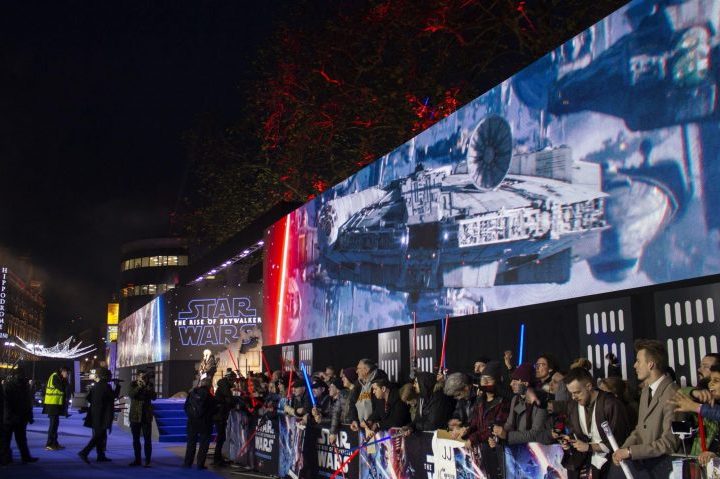 Held at the Cineworld cinema in London’s Leicester Square in December, the event called for visuals to be played on to a large LED screen. This served both to entertain the waiting crowds, many of whom had queued for hours to ensure their front-row positions, and to accompany the live interviews with the movie’s cast and creators as they arrived on the special ‘blue’ carpet.

The Boreal+’s playback duties commenced around 15:00, as the crowds began to gather for the high-profile event, through to 19:30, when the special guests entered the cinema. Bagshaw’s main challenge came during the blue carpet interviews, when he needed to match the right content clip to each cast member, ensuring that every interview was accompanied by relevant screen content.

A Hippotizer user for more than 15 years, and quite at home surrounded by red carpet or blue, Bagshaw took all this very much in his stride. “Certain elements were cued by the show controller, and some of it was done freestyle,” he said. “There was no schedule for the interviews, so the clips were played on the fly as the show developed. That’s something the Hippo does particularly well.”

The content output by the Boreal+ was created by Digital Insanity, based on original clips provided by the client. Bagshaw imported all the prepared content to Hippotizer, and optimised it for playback to the unusual screen format. “The file sizes were relatively large, but one of the good things about Hippo is that it allows for uncompressed playback of media. It dealt with everything with no problems at all, and the show went flawlessly.”