What started out in very small cellar clubs in 2016 now sees large arenas filled with ease. From mid-November to early December, German singer-songwriter Wincent Weiss toured through largely sold-out arenas with his album ‘Irgendwie Anders’ (‘Somehow Different’) which was released in March 2019. You quickly realise that a lot has happened since his first big hit ‘Being Music’ in 2016. 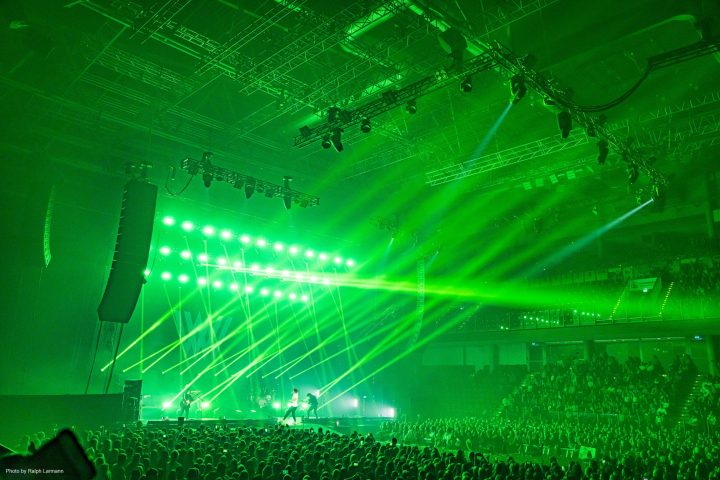 “The current production is so large that it made sense to separate lighting and video,” reports Tino Weinhardt. “I took over the video and of course knew right away who I wanted for the lighting. Tom and I are really happy to finally be able to sit next to each other!”

The current tour setup is, at least as far as the lighting on the floor is concerned, largely based on the tried and tested set design of the festival tour. However, the lighting rig has been extensively revised and equipped with many GLP spots that shape the new, rather angular look of the rig. The set has a modular design so that it can be adapted to varying hall sizes. 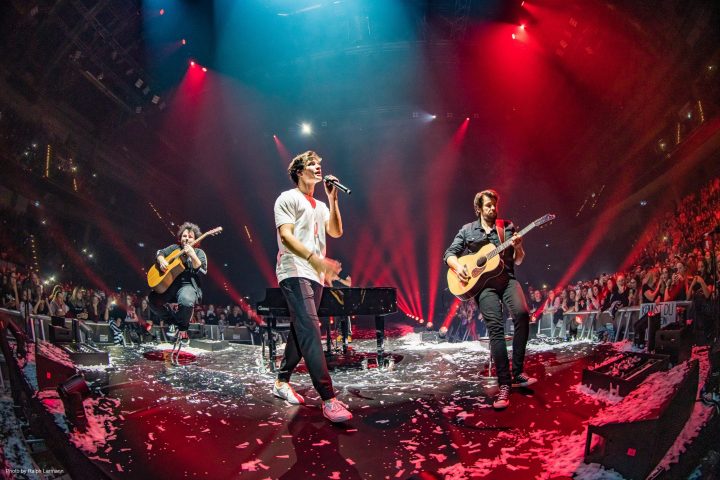 42 JDC1 and 40 X4 Bar 10 characterise the lighting rig
On the back truss and in the two mid-trusses, 36 JDC1 hybrid strobes perform a variety of functions, while another six devices are used on the floor. Both designers are big fans of this fixture, and Tom currently uses them in all of his designs. “With the JDC1 you get an extremely bright stroboscope, but you can also use the lamp wonderfully as an LED floodlight or simply as an atmospheric light. And then there is the pixel mapping! It is simply a brilliant lamp,” says Standtom.

Tino sees a further advantage: “For me, the JDC1 is the first choice because you can simply unscrew the device from the design when not in use, so you don’t have to live with silver reflectors in the set all the time.”

Washlights out, X4 Bars in
Standtom tried out the design with Max Giesinger, replacing the usual washlights in the stage roof with impression X4 Bars. For Wincent Weiss, Tino and he now resorted to this trick once again. They placed six impression X4 Bar 10 in each of the three truss lines, while a further ten are built into light dollies in the rear of the stage. The designers also use X4 Bar 10 to create alley lights by using one, then two and finally three X4 Bar 10—mounted vertically one above the other—on the left and right in three stages.

The 28 X4 Bar 20 in total have been installed in two rows on the front edge of the stage and on the edge of the rear part of the stage, which is accessible to the artist via a centrally positioned ramp. In this configuration they also appeared in the 2017 stage design. At that time, the artist had wanted a light curtain for the show intro, which, according to Tino Weinhardt, “could be ideally realised with the X4 Bars”. Since the artist now wanted the intro for the current tour as an opener for the encores, the versatile LED Bars once again form part of the party.

“The X4 Bars are always the right choice,” says Standtom. “On the one hand, something neat always comes out of it, on the other hand, the lamp has a zoom and the infinite possibilities in single-pixel control. The X4 Bar is so versatile that you can save yourself one or two fixtures in the set. “ 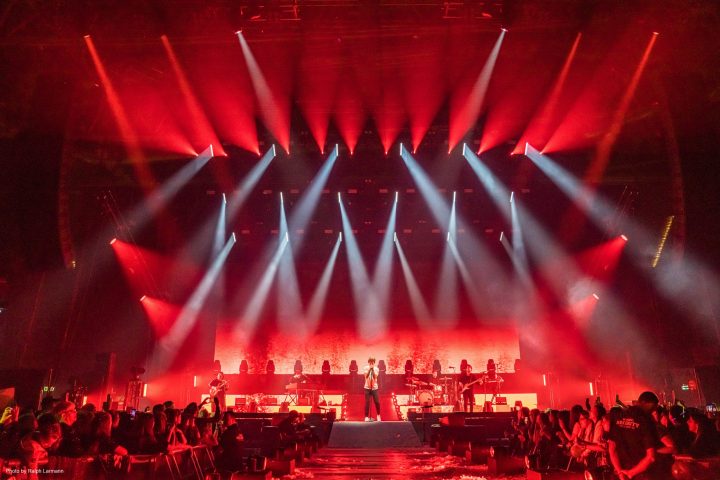 KNV Cube and Dot for backlighting and atmospheric moments
The two designers specified both KNV Cube and Dot from GLP’s KNV range. Eleven KNV Cubes are installed in the aforementioned light dollies, which are placed in the rear stage area. The Cubes are used for backlighting situations. The KNV Dots, on the other hand, are used to illuminate the ramp and as an effect light.

Standtom is enthusiastic about the Dots: “I think the lamp is so great that I actually bought it myself,” he laughs. “For smaller tours it is simply awesome! Even though the devices are so small, there is an extremely powerful strobe in them. There are also a variety of ingenious atmospheric effects. Really a fantastic tool!”

The catwalk, which extends relatively far into the audience area, is highlighted by 24 of the ultra-compact FR1. It is extremely important for the artist to keep in touch with the audience even in the large halls. “So we extended the catwalk and made it possible for even more fans to feel very close,” explains Tino. “At this point, we needed a small effect lamp that, unlike discharge lamps, can also be used at short distances.”

From June to September 2020 the ‘Somehow Different’ tour will continue into the open air season.