QSC is proud to announce that K Series active loudspeakers have been inducted into the TECnology Hall of Fame at the 2020 Winter NAMM Show in Anaheim, California. Founded in 2004 by former Mix magazine editor George Petersen, the TECnology Hall of Fame honors and recognizes audio products that have made a significant contribution to the advancement of recording, live sound, and audio technology. To be eligible for consideration, products must have been on the market for at least ten years. 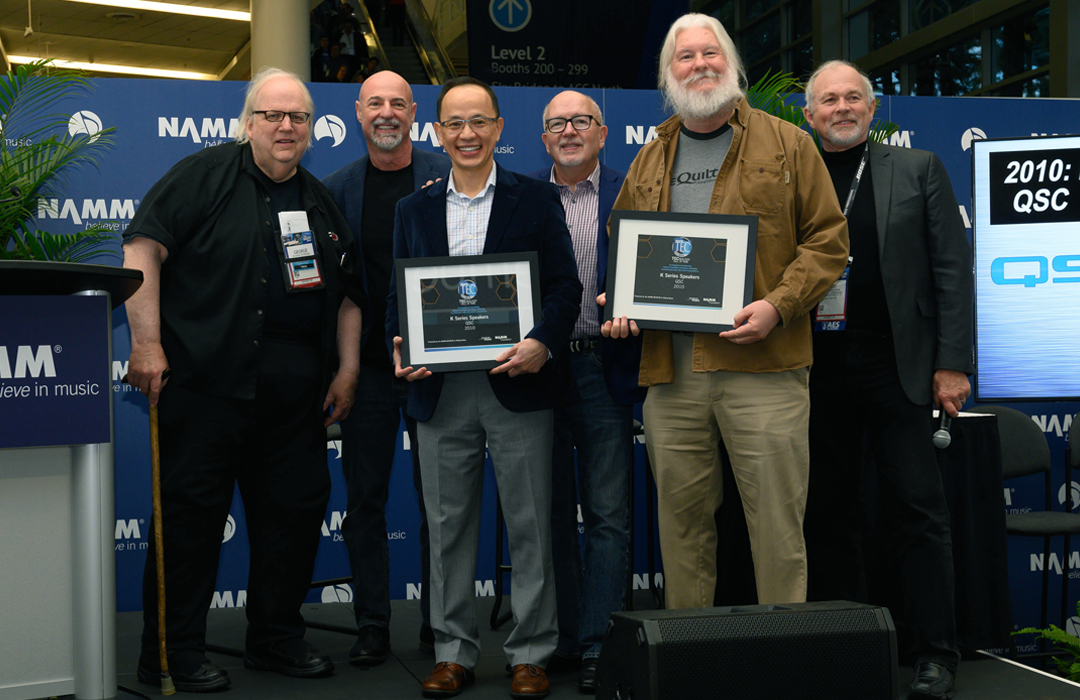 Launched in 2009, the QSC K Series sported a best-in-class 1,000 watts of extremely clean amplification in an ABS enclosure that combined a 1.75-inch compression tweeter with either an 8-, 10-, or 12-inch woofer. A dual-12-inch KSub active subwoofer completed the line. The K Series remarkably delivered both studio-quality sound as well as powerful and even coverage at a then unheard-of light physical weight. Along with its other groundbreaking features such as Directivity Matched Transition (DMT), Intrinsic Correction Tilt-Direct pole cup and versatile DSP Presets, K Series made its mark as having raised the bar for what performers and live sound professionals should expect from an active loudspeaker. More recently, the company released the QSC K.2 Series, further demonstrating the company’s commitment to maintaining its dominance in the category.

“At the launch of K Series, QSC was already at the forefront of audio technology, widely accepted and appreciated as a manufacturer of high-quality, high-performance amplifiers and processors,” says Ray Van Straten, Senior Director of Marketing at QSC. “But it was the K Series that not only put us on the map as a loudspeaker manufacturer, but truly established QSC as a global leader. The fact that NAMM and the TECnology Hall of Fame are validating that legacy is incredibly gratifying to the many talented people and teams at QSC who brought this product to market, as well as our channel partners and customers worldwide who, to this day, place their trust in us to provide quality, professional solutions that deliver great experiences.”

“Every innovation invited into the TECnology Hall of Fame has made a major contribution to how sound is created and reproduced — even years after its debut,” says George Petersen.