Taking the array-able loudspeaker concept to the next level, Italian manufacturer dBTechnologies launches VIO C, a complete series of 2-way active line-source speakers designed for the widest range of venues and applications, from installed PA systems to sound reinforcement for touring. 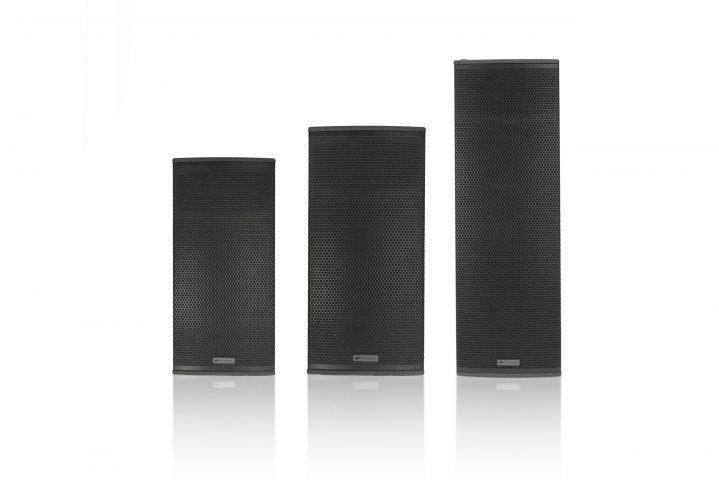 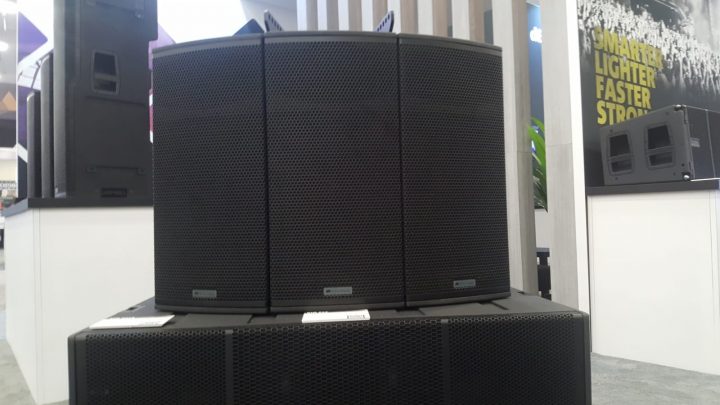 Designed to create horizontal or vertical line-source arrays and featuring a simple yet rapid rigging system, VIO C offers flexible coverage options as well as the powerful and pure acoustic performance that distinguishes all VIO cabinets.

As a default, VIO C are equipped with dBTechnologies RDNet card for real time monitoring and remote control via Aurora Net software. The preamplifier is ready for future upgrades with Audinate Dante card.

When matching companion cabinets, users can easily set up scalable horizontal clusters, adapting the VIO C to the venue and application in use. Thus, a 4-cabinet side-by-side configuration delivers a 90° horizontal dispersion, an 8-cabinet cluster reaches a 180° horizontal angle and so forth, up to a 360° coverage with a 16-cabinet set up.

Infrared ports are placed on top and both sides of each cabinet so that the speakers can recognise the size and configuration of the system when linked together horizontally or vertically. 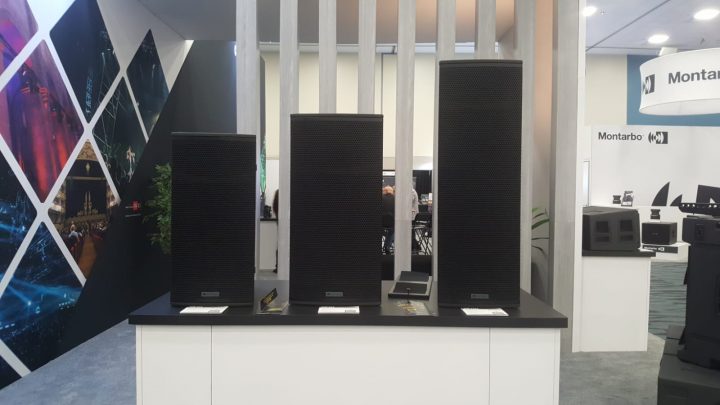 VIO C series scalability goes far beyond that. In facts, VIO C12 and VIO C15 models can also be coupled vertically, simply by turning a speaker upside down and placing it on the top of a companion speaker. The infrared ports placed on the top of the cabinets allow the two speakers to communicate and to be processed as a single unit, manageable via the on-board display or via Aurora Net software. This way, users can easily set up double-line clusters (up to 32 elements) and modify the vertical dispersion pattern via digital steering.

VIO C clusters can be rapidly assembled thanks to the LP-1, a metal link-plug accessory (1 is included in each VIO C unit) which links the rigging points placed on the corners of each cabinet and flown via the DRK-C fly-bar for the cluster configuration – adding the DRKL-3 fly-bar link when 3 speakers are needed and the DRKL-4 for 4 speakers – and the DRK-CCA fly-bar for the constant curvature array configuration.

Enclosures are made of plywood reinforced by a black polyurea finish. A removable rain cover is included in each cabinet which is also equipped with 2 side and 2 back handles easing transport and setup.