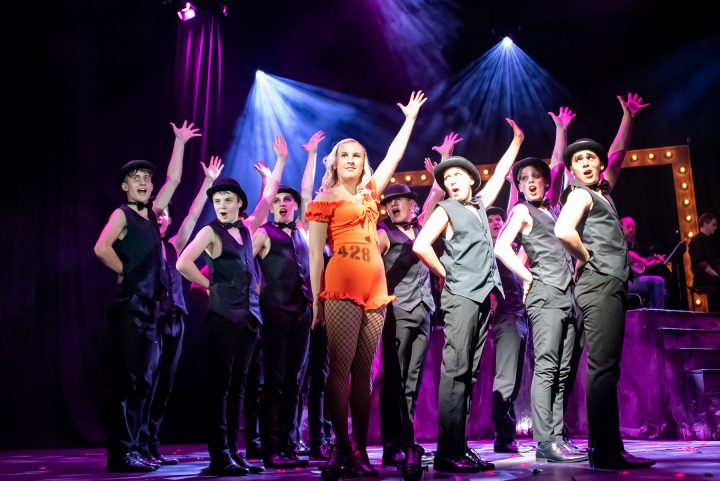 CTC was founded in 2015 by Louis Ling to offer a range of opportunities for performers – young and old – to participate in high-quality theatre, and it now performs to over 9000 people annually. Since 2017, CTC has developed its focus on the youth community, and by working with professional directors, LDs, choreographers and musical directors, enables its young performers to experience unique opportunities to develop their skills.

For this production, the professionals were Jacob, director Chris Cuming, Set and Costume designer Frankie Gerrard and Sound designer Nick Hall. It was the first time that CTC had worked with a professional lighting and set designer as part of the creative team.

Jacob is a freelance LD and programmer who lives in Cambridge. He lights a lot of musicals and opera, all over the United Kingdom including programming at high-profile seasons like Opera Holland Park, and was asked onboard for this project by Louis Ling. Jacob specified the Robe elements, which were supplied by rental company CEG and used in conjunction with the Great Hall’s mainly LED-based house lighting rig.

Chicago was the first time Jacob has utilised either of these Robe fixtures in his work and in fact it was his first full show with an all-Robe moving light rig.

And … he was impressed with the results!

The production brought a modern twist to Ebb & Bob Fosse’s timeless classic, presented as a cabaret-style show with a raised platform onstage for the 9-piece orchestra and the letters C – H – I – C – A – G – O spelt out as part of the main set, built into jail bars or on coat stand styled pieces of scenery with which the cast interacted.

These scenic props were moved to create the different jail cells, so the lighting had to follow this reworking of the locations and also create offices, courtrooms and a plethora of other locations as well as capture all the drama romance, thrills and spills of the narrative. 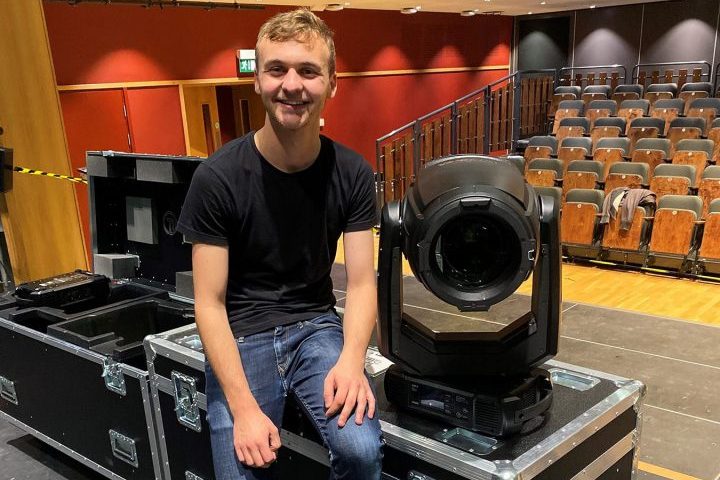 Of the seven T1 Profiles, five were in the overhead rig, three for backlight and two as a top light over the set following its V shape. Two more were positioned out front in the house, all in high positions.

Two LEDBeam 150s were rigged on the circle rail and two in the ‘under slip’ positions beneath the circle balcony – their small size was ideal for this position. The LEDBeam 150s were all fitted with ‘egg crate’ LCDs for greater directionality as they also had to cover acting that took place in the audience.

The T1s were arguably “the most important” luminaires on the rig as “overhead profiles can make or break a musical,” stated Jacob, and for this particular show, there were a lot more live moves than a traditional production of the piece.

“The T1s allowed us to finesse the timings in great detail and this was absolutely key to creating the overall aesthetic for this show,” he enthused, explaining that he made plenty of use of the focus pulling features to accentuate lines, questioning and word exchanges in the courtroom scenes.

The nature of the production saw scenes ‘morphing’ from one to another and here the design followed utilising live moves. Jacob used live moves in the shutter and colour modules to shift the spaces from offices upstage to press reporters commentating from the downstage extremes.

The LED electronic dimming was great as for achieving these true snaps! In “We Both Reached for The Gun”, he wanted to pull focus for each line of speech to either Billy Flynn miming Roxie Hart or to the reporters asking ‘Roxie’ questions. The process consumed 60 cues in 4 minutes of song, so having the true snaps was “a great tool to keep the show looking punchy!”

He reckons the dimming – carefully developed and refined by Robe is “the best” of any LED fixture he has used to date, and, like many, he loves the absence of white ‘fringing’. He used the T1’s full colour range. Some scenes like the prison needed to be cool with pastel tones, while warmer looks were needed for the office interiors and the romantic musical moments.

He also appreciated the brightness and the way both T1s and LEDBeam 150s punched relentlessly through the rest of the rig, even in the darkest and densest colours. One scene was lit in dark blue with the animation wheel and a gobo inserted … and it still punched through.

It was a haze-heavy production, so the quality optical systems in both fixture types helped them slice through the atmosphere.

He also took advantage of the excellent variety of warm and cold whites possible with the T1s … “I think I used pretty much every feature of the fixture,” he concluded, adding, “Robe say it was designed for theatre … and you can tell it IS!”

Whilst initially a little sceptical about how good and effective the fixtures really would be, all that has gone now he’s had the chance to use the fixtures in situ.

The LEDBeam 150s he thinks are “cracking – small, quick and excellent”.

They were used as key lights in some scenes, and as a small wash light in tricky positions as well as for face light and low-level highlighting and lowlighting. Being able to drop them into a colour or a shade of white at any time was another benefit.

The high circle LEDBeam 150s lit the pros arch for preset which was something new Jacob tried, and it was well-received. During the number “When Velma Takes The Stand” they were handy for working across the auditorium as the cast moved into the stalls to deliver the number.

As a programmer as well as a designer, Jacob states it was “a dream” to programme the T1s and LEDBeam 150s on the theatre’s ETC console.

The moving lights worked exceptionally hard on the rig with over 400 cues created in an intense two and a half days, after which Jacob says he will “definitely” be using them again.