For the past seventeen years, British Lighting Designer Graham McLusky has made his way to South Africa to light the annual pantomime, or “panto,” a musical comedy family stage show based on a fairy tale or nursery rhyme and produced during the holidays.  This season “Jack and the Beanstalk” was presented at the Joburg Theatre during November and December, and it received rave reviews.  McLusky utilized the theatre’s new lighting gear, which included 12 Claypaky Sharpy Plus fixtures recently purchased from DWR Distribution. 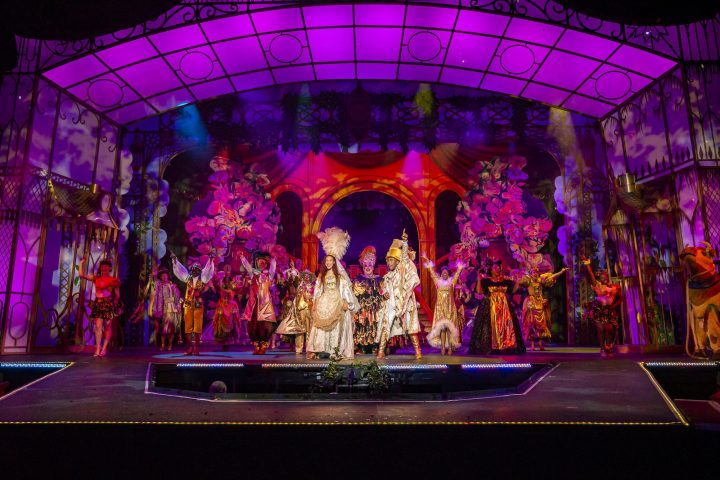 McLusky’s history with the production dates back to when Director Janice Honeyman and Producer Bernard Jay wanted to hire an established UK panto lighting designer to launch their new production.  They consulted with UK pantomime producers Qdos, which creates and maintains spectacular stage sets and more than 100,000 costumes for an enormous portfolio of shows.

Over the years Honeyman and Jay have adapted the well-established and successful pantos to convey a distinctly South African flavor.  Honeyman weaves in aspects of South Africa’s multi-cultural and multi-lingual society that keep audiences entranced and coming back for more. 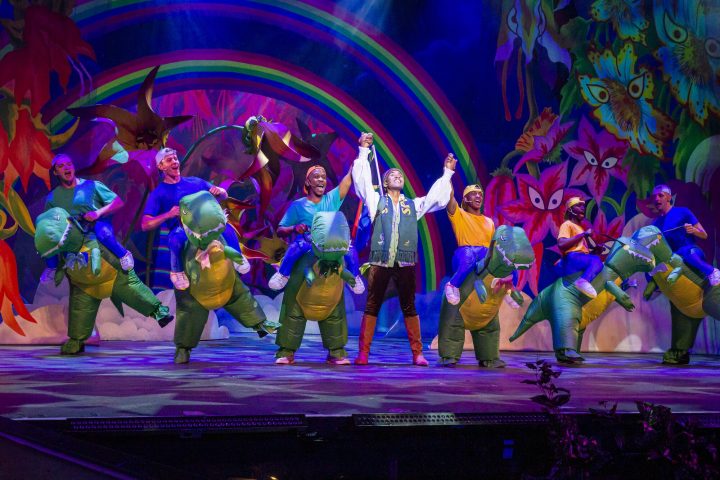 McLusky sends his lighting plots and plans for the season’s panto before arriving on site; he usually stays in South Africa for two weeks during production.  The crew has an entire week to set up the rig before the show moves into the theatre; they strip out most of the theatre’s permanent rig to accommodate McLusky’s needs.

“Jack and the Beanstalk” marked the first time McLusky had a chance to use Claypaky’s Sharpy Plus luminaires.  “I’ve never used a Sharpy before, though other lighting designers have said I ought to try them,” he says.  “However, I usually don’t need really piercing beams of light.  When I discovered that the Sharpy Plus units have gobos and an effects wheel, I thought I’d incorporate them in the show.  We also used them as special pick-ups on the stage as well as for throwing beam shapes and patterns over the audience.”

A phone call 17 years ago made McLusky part of an extended South African family for the holidays.  “Over the years, the Joburg Theatre has been incredibly accommodating.  Everybody has been marvelous, and I am welcomed back every time with open arms.  When I come back it seems like I’ve only been gone a day!”