Sergio Herman is a highly successful and hugely respected Michelin-starred Dutch chef. His restaurant, The Jane, in Antwerp, is internationally renowned for its exquisite food and carefully created ambience. At Strandhotel, a culinary and well-being destination in Dutch Flanders, Herman is responsible for the hotel’s three restaurants, including the recently opened, one-of-a-kind, Blueness. In order to fully realise Herman’s vision for Blueness and breakfast restaurant Pine House, new audio systems were considered essential and his team were clear about what they wanted.

A Pioneer Pro Audio system had been installed at The Jane back in 2014 and had left an indelible mark on The Herman Group. At the Strandhotel, the team needed a system that could deliver a chilled experience for guests at the beginning of their day, maintain a relaxed output on weeknights and then inject some energy for weekend DJ sets. The position of the two restaurants within the hotel also dictated that the sound should be contained within the spaces, to ensure that there was no disturbance to residents or external noise pollution. A flexible system was essential given the diverse music policy that ranges from jazz to rock, live funk and house. After making an assessment of the spaces, Erwin Nuyts of Belgian installer DiscoStore, concluded that Pioneer Pro Audio XY Series would be the perfect choice.

“The speakers are voiced flat for a natural sound, so they can accurately reproduce different genres of music. They are great at lower volume and give that warm sound we were looking for but despite their discreet size, there’s plenty of power when you crank the music up.” 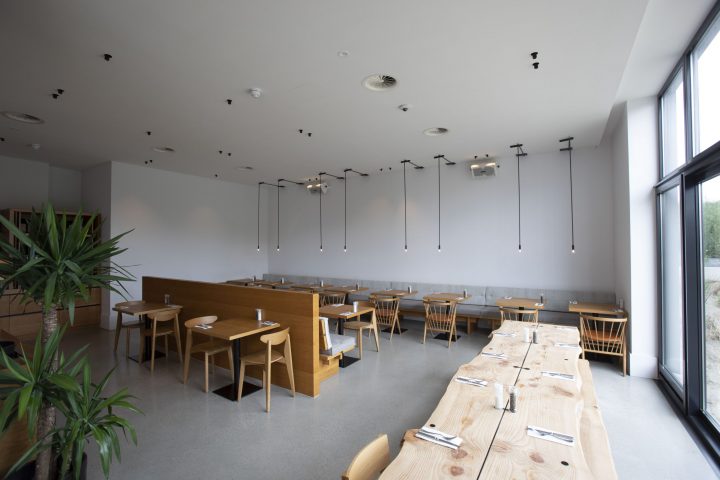 “Working with DiscoStore and Pioneer Pro Audio was a smooth process. They listened carefully to our needs and were always in close contact with our hospitality team and the on-site project leader. When we undertake a renovation or a new project it’s always smart to have specialists on the floor as it helps to perfectly integrate the sound system with the interior design.”

As well as employing acoustic panels and fabrics to combat any external disturbance, the XY Series speakers also played a key role in containing the sound. Nuyts again:

“They’re perfect for targeting audio to specific zones, due to their functional rotatable horns, removing the worry about sound spilling into the wrong areas.” 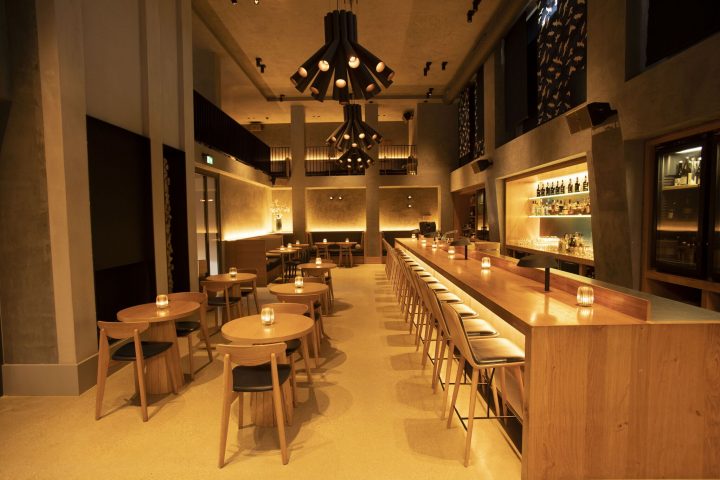 The reaction to the new Pioneer Pro Audio XY Series system has been universally positive. La Gasse is enthusiastic about a setup that he sees as the perfect fit for the varied needs of the two restaurants.

“It’s perfectly designed for our needs because we’re not a club but we still like to add a layer of music for a hospitable experience. It’s not just the restaurant team who are impressed, either. Guests often comment positively on the atmosphere and all the regular and guest DJs who play here are keen to return. Blueness is a fine-casual food concept, so we’re often reviewed in gastronomic magazines, food blogs and websites. When they write about the warm ambience, we know that our audio provision is an important part of that equation.”