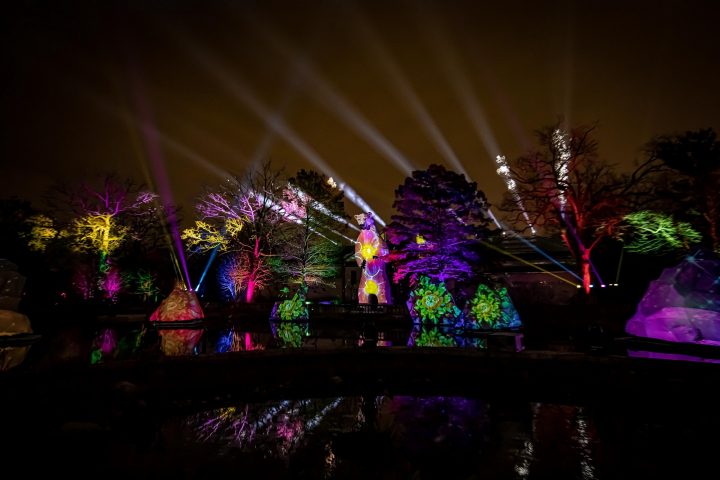 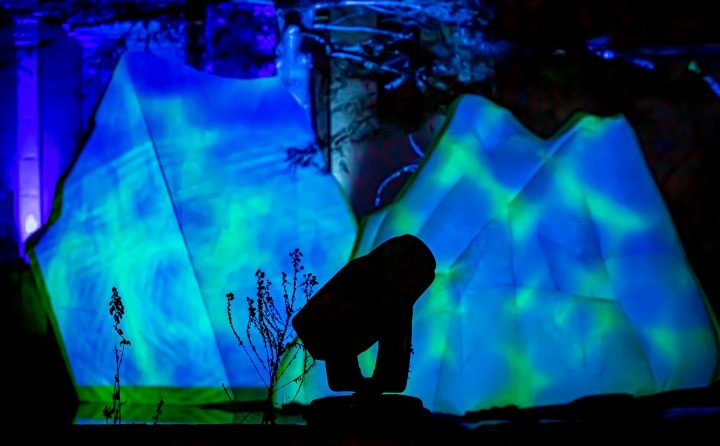 Thirty-seven multi-functional Proteus Hybrid™ IP65-rated arc source moving heads were used for mid-air beam looks, as well as washes, with and without gobos, to light Polaris, the grove of trees surrounding the lake, floating icebergs and impressive air effects. “They were brilliantly bright, held up in snow and rain, and were perfectly flawless. Oh, how I wish I had had IP65 fixtures years ago,” exclaimed LD Billington, his first time using the Proteus series. “I was looking for an outdoor beam/wash/profile and the Proteus Hybrid seemed to be the perfect light. Lucky for me they were also in rental stock at 4Wall New York.”

The goal was to use as much earth-friendly LED lighting and recycled elements as possible, says show producer Kantrowitz, who conceived the show together with Billington and their creative team. “It was exciting for us to create a show that could touch the hearts of thousands of guests each night, inspiring them to make a change to help protect the diversity of life on Planet Earth.” 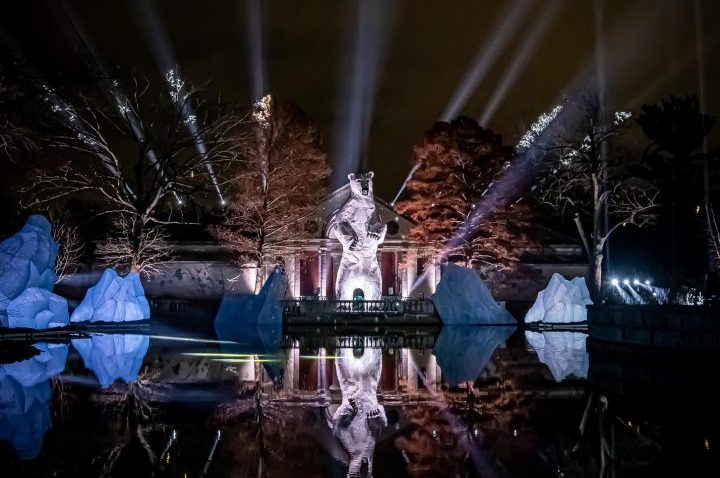 Billington created the Northern Lights show with inspiration from the Aurora Borealis, a natural phenomenon that he has personally witnessed. “The Proteus Hybrid were a perfect fixture to bring the Aurora Borealis look to this show. Their bright columns of rich color shot up from the lake through the clouds,” he said, adding that he also accessed the fixture’s gobos, animation wheel and prism in the 30 minutes of show programming, including preshow, 8-minute main show, and post-show cueing.

The Proteus’s IP65 engineering made them a very reliable choice for the wintery outdoor environment, Billington says. He comments, “I have been using automated lighting outdoors since the original Fantasmic! at Disneyland. The problem has always been the weather; domes are great, but they are large, unsightly and costly. The IP65 rating made this the perfect mover for us.” Also used to create the enchanting atmospheres were a plethora of LED Par lights along with large-scale projections and a rich immersive audio system.

LumiNature, with its delightful blend of colourful displays and environmental theme, proved a hit with both kids and adults. It debuted November 20th and ran until January 5th.