“This is a newly-created position since having previously been in partnership with a local distributor we intend to start a direct operation with Thomas,” he confirmed. 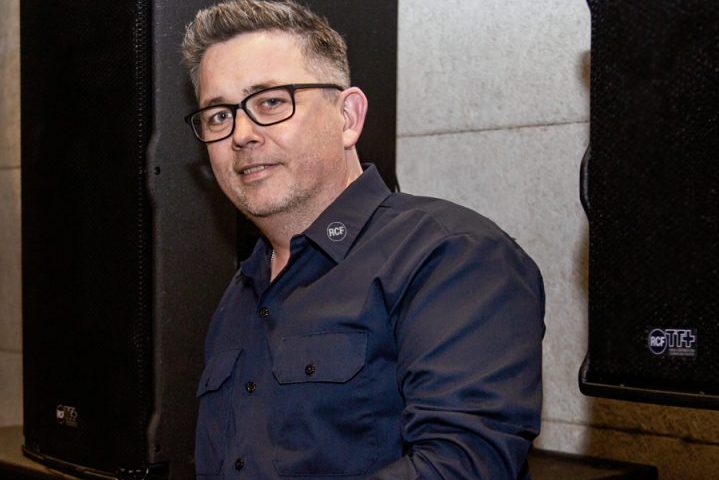 With a glowing career stretching back more than 20 years, the Dane was most recently audio consultant for Ascon Trading ApS, and prior to that made his mark with a series of premier pro audio brands, most notably Sennheiser. Luca Ombrati said he was also attracted by the fact that Thomas is an experienced FOH sound engineer. “Having a sales guy with a technical background was an extremely attractive prospect,” he said.

The latter said it was almost coincidental that he had learnt through a former colleague that Ombrati was in Denmark investigating new business opportunities.  “I reached out to him, as I had the idea that they were considering a direct operation in Denmark. As it turned out, we have the same perspective on today’s market, and how to succeed in it.”

From RCF’s perspective, pursuing the ‘direct’ option was preferable to seeking a new distributor. “Thomas already knew RCF products because of his previous experience at SC Sound a few years earlier, and so we started to talk about this new plan.”

Having finished an intensive three-day technical training programme at RCF HQ in Italy, Lindgren’s appointment becomes effective from the beginning of the new year.

“Since RCF is mainly known in the MI segment in Denmark, his priority will be to rebuild the relations in that specific field,” confirmed RCF’s sales manager. “He will then start to approach the rental companies in order to promote our range of line arrays with a good deal of optimism, since he is familiar with this market. Last but not least he will be approaching system integrators, installation companies, contractors and consultants.”

Speaking of the challenge, Thomas Lindgren said, “It’s great to be working in a company, with colleagues that are equally passionate about high quality sound, and are therefore making quality products. There is nothing more fulfilling as Sales Manager than having pride in representing your products and the company behind them.”