Seth Jackson was called on by Premier Productions to design lighting for a special fall concert series that saw three of the most prolific bands in Christian music tour the US to packed houses. The special USA arena tour featured multi-platinum-selling artists Casting Crowns, Hillsong Worship, and Elevation Worship, three top acts that brought together their devoted fan bases all under the same roof for a night of music, worship and praise. 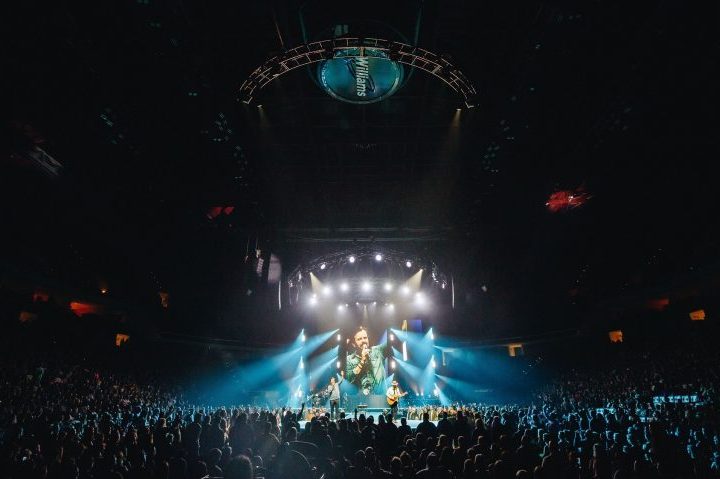 Jackson designed an adaptable rig using 51 Elation Proteus Rayzor 760™ and 20 Smarty Hybrid™ LED moving heads, along with 12 Elation Protron Eclypse™ multi-effect lights, and then turned it over to each group’s design team to put their own unique touch on. Lighting supply was by Bandit Lites.

The 17-date circuit kicked off Nov. 1 in Memphis, Tenn., making stops in major cities across the country before culminating on Nov. 23 in Hartford, Conn. As all three acts were out on their own headlining tours prior to the special concert series, coordination could have proved especially challenging. Premier Productions therefore felt it was important to have a general-purpose designer to put it all together, “basically a designer to create a sandbox for everybody to work in,” as Jackson describes it. “It was a good decision because it was very last minute as far as the acts were concerned and there was very little rehearsal time.” Despite the pre-tour frenzy, Jackson had months beforehand to communicate with each artist and camp, valuable time that allowed him to consult with each band about their wishes. “It never felt rushed,” he said. “It was actually a really good process and the artists were great to work with.”

Despite the fact that the three groups are united in their faith, they represent three very different styles and it was Jackson’s challenge to put all their needs together. “Hillsong is known for their very visual presentation and very high art kind of approach. Casting Crowns is more ephemeral and earthy and very much about their audience, while Elevation are the young and hip up-and-comers. They all have their own taste and we were able to come up with an overall design that married the three styles together but unified in worship.” 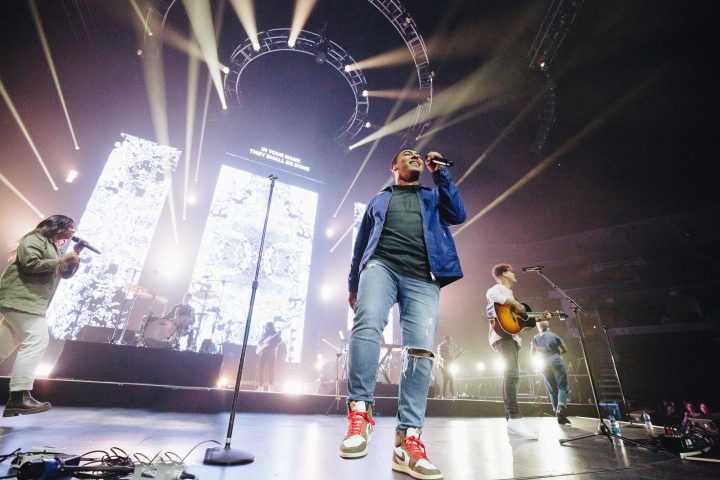 One of the similarities across all three groups, Jackson says, was the desire for the audience to share in the experience. “I knew there would be a lot of interaction with the crowd in a very participatory kind of show,” he says. “That was the same for all three acts but it was different in how they each approached it. The challenge was to create something that had enough flexibility that each artist could put their own stamp on it. Casting Crowns had some ideas about vertical trusses for example and Hillsong wanted a broken up screen surface. Each had their own request so I took pieces and parts from each to put it together.”

Jackson’s design featured a main overhead rig of concentric circle trusses with a number of upstage vertical towers separating vertical LED video screens and a large curved front-of-house truss above the B stage. The designer chose the Proteus Rayzor 760 as his main wash light and placed them in both the overhead rig and on the deck. “It was the perfect fit for all parties,” he said. “It could do nice keylight, wash levels and toning of colors, but it could also go heavily saturated. It also delivered on the punch, even with the darker colors and hues, and held its own in an arena show that was wide open. The fact that the beam was visible all the way to the floor made a big difference. It was bulletproof reliable and turned out to be the perfect base for the whole design as far as the wash fixture.”

When Jackson was in search of a smaller profile spot fixture to serve as an upstage hard edge on the vertical towers, vendor Bandit Lites suggested the Smarty Hybrid, a compact yet full-featured CMY color-mixing hybrid fixture with 20 graphic options and dual prisms. “Initially I was worried they wouldn’t be punchy enough but they cut right through. It had enough design features that the LDs took them in different ways and each found a unique way to use them.” 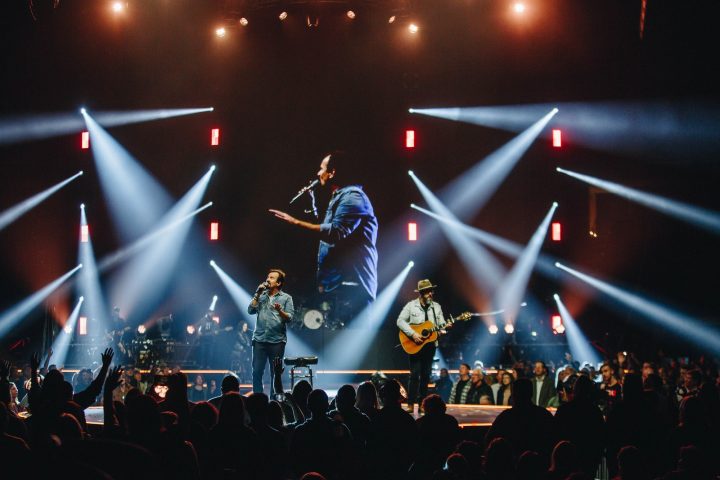 Also populating the back vertical towers were Protron Eclypse, a multi-faceted hybrid LED luminaire with 27,000 lumens of output that can take on a number of roles in a rig. “I needed the multi-functionality of the fixture. Everyone needed something from that light and again how the LDs used them was fantastic because everyone got a different feel and a different emotion out of the same fixture, which was terrific,” said Jackson, who added that Casting Crowns used them for colorful crowd washes while Elevation Worship utilized them more as a  strobe light.

Even with three separate acts to coordinate and sponsor messaging to accommodate, plus an intermission, the show was fluid with the three acts coming together on stage for a show-stopping finale. The concert series sold so well, Jackson says, that at one point the stage design was reworked to expand to 270-degree seating to accommodate the interest.