When the music industry comes together for NAMM 2020, DPA Microphones will be on location (Booth 17910) highlighting the newest versions of its 6000 Series of subminiature high-end pro audio microphones with the CORE by DPA technology. Among these is the lightweight, one-size fits all 6066 CORE Headset that attaches over the ears, has a three-point spring mechanism to grip below the ears and head, and is now also available in brown in addition to the previously released beige and black options. Like the headsets, the 6060 and 6061 CORE Lavaliers also have new color offerings – brown and white, as well as a white eight-way clip. 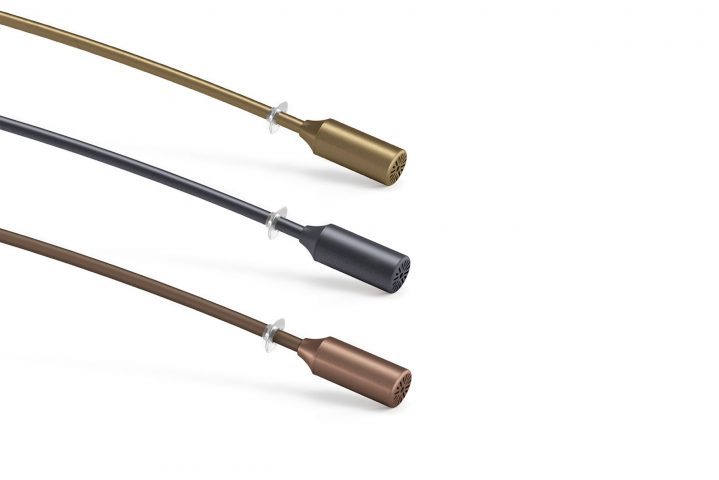 With stellar audio and a rugged, IP58 water-resistant rating, DPA’s subminiatures have become a notable force among leaders in the industry. This includes sound designers such as Dan Samson, Gareth Fry, Richard Brooker and Gareth Owen—all of whom were surprised by the exceptional sound quality packed into the mics’ small, compact design. Since its introduction to the market, DPA’s subminiature microphones have been used by London’s Royal Academy of Arts; First Baptist Dallas, one of the country’s most prominent megachurches; and Australian-based LSS Production, to name a few.

“I chose to upgrade to DPA’s 6066 CORE because of its impressively small capsule and redesigned headset—for such an unobtrusive solution, the sound quality is impeccable,” says First Dallas Baptist lead audio engineer Brad Roberts. “The 6066 is completely hidden from close-up HD camera shots, and its non-reflective boom further improves the aesthetic, as it does not catch undesirable stage light. The vocalists, musicians and audio team all notice that the audio quality is more pristine and sounds very natural.”

Measuring in at just three millimeters (0.12 inches) in diameter—the new 6000 Series capsule is 60 percent smaller than those of DPA’s existing 4000 Series. “The 6066 headset is a lot more discreet than earlier DPA headsets, which is why I felt it could work well for Sunday in the Park with George,” says Marcello Lo Ricco, owner of Australian sound design, equipment hire and production services company, LSS Productions. “We wouldn’t get away with the look of using a bulky headset. On top of that, the new colors available on the 6066 CORE Headset blended nicely into light or dark skin tones. Also, the new 6066 headset has a detachable cable, which is a great advantage because it means we can easily replace it if it is damaged.” 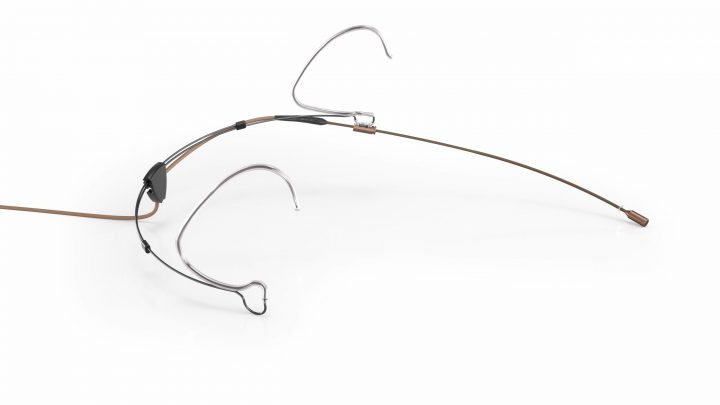 While the 6000 Series mics may be small, they are powerful in terms of performance, as all three models incorporate the company’s CORE by DPA amplification technology, which reduces distortion and increases dynamic range. “Whichever DPA mics we choose, from 4080 lavaliers to our recently adopted 6066 CORE Headset Microphones, we know we will be making the best possible source recordings that will need the minimal amount of post-production,” says Benji Fox, AV Events Manager, Royal Academy of Art’s, Benjamin West Lecture Theatre in London. “The proven track record of DPA mics at the Benjamin West Lecture Theatre means that I am now looking to expand the RA’s stock across other sites and for a variety of specialized applications.”

Designed to incorporate many of the features that the industry was searching for in miniature mics, DPA’s 6000 Series has quickly grown in popularity. “When we launched our 6000 CORE line of microphones last year, we were met with quite a bit of excitement from the industry,” says Christopher Spahr, Vice President of Sales and Marketing for DPA USA. “Our tiniest microphone capsules not only deliver an exquisite sound, but also require little to no need EQ. The introduction of new microphone colors is a further indication of DPA’s commitment to providing world-class products to a wider sector of the pro audio market.”