Having first been constructed in 1970, Kobe City Misaki Park Stadium, also known as the Noevir Stadium, has a long history in the city of Kobe. With a capacity of 30,000, it was last renovated in 2002 ahead of the Japan-Korea FIFA World Cup and is now home to Andrés Iniesta’s J1 League club Vissel Kobe and rugby union Top League team Kobelco Steelers. 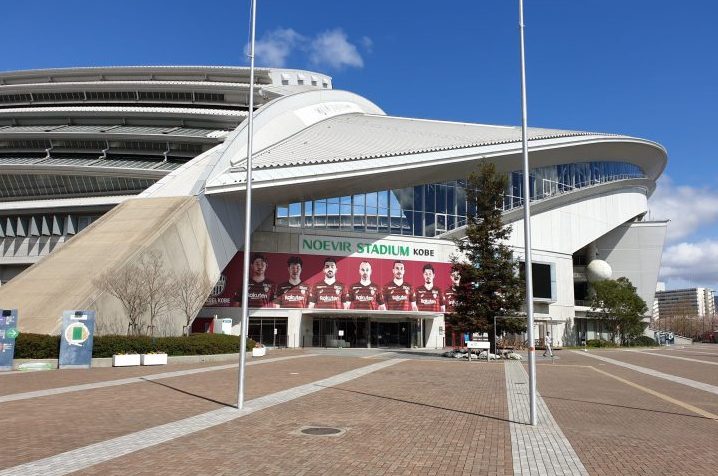 Since then, the venue has hosted its fair share of local football and rugby – as well as other events such as MMA competitions – and was also been announced as one of the venues for this year’s highly anticipated Rugby World Cup.

This was the first time that the competition was held in Asia and, between 26 September and 8 October, Noevir Stadium had the honour of hosting games between England and the USA, Scotland and Samoa, Ireland and Russia, as well as South Africa and Canada.

With such an illustrious run of events to come, the audio system at Noevir Stadium has been subject to a Powersoft-heavy upgrade.

“The audio systems in a modern venue like Noevir Stadium have to be able to handle spoken word, music playback and even commercials,” explained Powersoft’s business development manager for fixed install, Marc Kocks.

“When designing or refurbishing an audio system in a stadium, you have to ensure that it is able to offer both flexibility and scalability. A good place to start is by selecting DSP- and Dante-enabled products, as they allow users to change the function and behaviour of the system with the click of a mouse. At the same time, powerful limiters and cross overs found on Powersoft amplifier platforms allow to keep the system protected under all circumstances.” 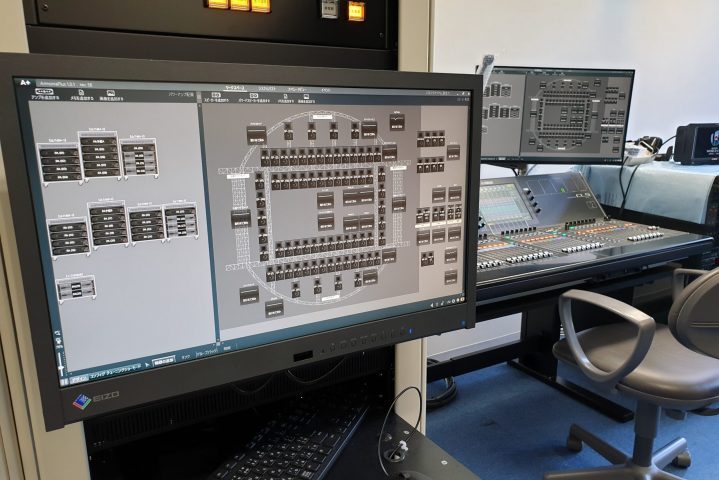 The X8’s are used to accommodate the line array systems, while the Ottocanali 12K4 DSP+D are used as an auxiliary speaker for the upper tiers in order to cover any dead space. The 8K4 DSP+D has been included to accommodate any temporary speakers, and 4K4 DSP+D is mainly used to drive the Hi-Z speaker line and monitor speakers in the operating room.

Between them, these amplifiers power a sound system primarily designed to play audio that is related to video content shown on the screens during football and rugby matches, as well as distributing various announcements.

In reference to the challenges faced by the team, in-house system engineer and operator, Fumiaki Yuasa, commented: “The stadium was very difficult to control from a tuning point of view, as it has a lot of reflective surfaces that all get mixed up together. Within ArmoníaPlus, the Raised-cosine filter can help with this aspect under the group function.”

Noevir Stadium’s retractable roof was another obstacle for the team to overcome, as Yuasa continued: “I tried to create the best conditions with the roof open, which was as complex task because of resonance points at certain frequencies. By using ArmoníaPlus, I was able to create grouping functions in order to turn this complex system into an easy-to-understand one, which in turn allows me to carry out my work more efficiently.”

He went on to discuss further strengths of Powersoft’s proprietary software: “What I like most about ArmoníaPlus are the Interactive Tuning and Limiter functions. Interactive Tuning in particular is great, as it allows me to fine-tune the synchronisation with Smaart v8, which a lot of engineers are currently using, as well as making adjustments while looking at the screen and keeping the system quiet. This is a unique feature and an innovative way to reduce stress on engineers on site, something that has maybe been overlooked by other amplifier platforms.” 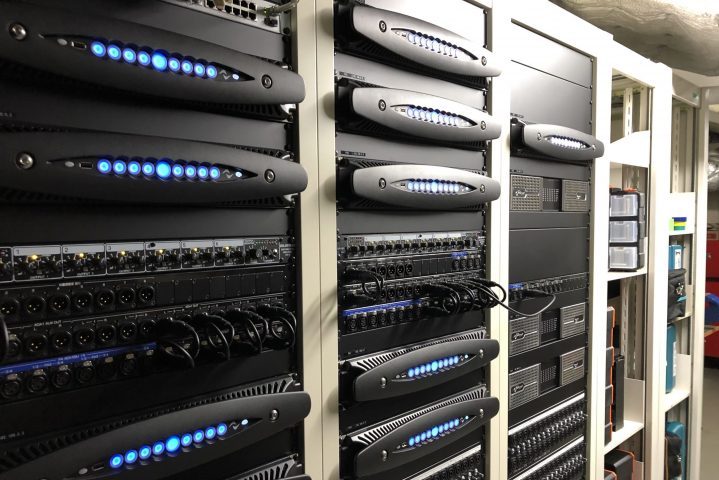 Shigeyoshi Ariga, engineering department at TOA, was also full of praise for ArmoníaPlus: “It is not uncommon to have the amplifiers room separated from the operating room by quite long distance, and this often makes it difficult to monitor the status of the power amplifiers or the output meter, as well as detect faults remotely. With ArmoníaPlus, we are now able to centrally monitor all of these functions, which was a massive advantage for me.”

He continued: “The Workspace in ArmoníaPlus itself is great for us, as the layout of the amplifiers and speakers are graphically arranged and controlled to match the installation situation in the real world. At the same time, the Operator View function was graphically installed according to the same layout as Workspace, so that all of the output headroom could be centrally monitored in one screen.

“With no dedicated operator in the stadium, Operator View only displays the headroom meter and the mute function so that someone who is unfamiliar with the management of the stadium can still operate it easily. Functional restrictions have also been put in place to prevent unnecessary changes to the Workspace setup.”

Ariga also singled out the Live Impedance Monitoring feature of ArmoníaPlus as being a major strength in applications such as the one at Noevir Stadium.

He commented: “Since the impedance frequency characteristics of the load can be visualised and stored by letting the test signal and pink noise flow, the state of the speakers after one or two years can be checked remotely. I believe this will be of great use to us for future maintenance.”