At the Vittoriale degli Italiani (The Shrine of Italian Victories) it is possible to discover the bow of the Puglia cruise ship immersed in the promontory in the middle of the trees. There is also a MAS 96 anti-submarine motorboat used for the “Beffa di Buccari” (a military raid led by D’Annunzio in the Croatian bay of Bakar), as well as the poet’s cars and the SVA biplane used in 1918 for his propaganda flight to Vienna. 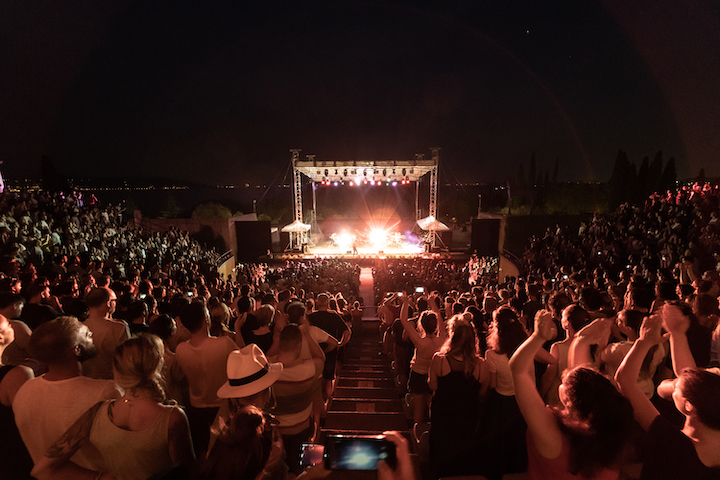 Overlooking the Garda Lake is the spectacular amphitheater, called “Parlaggio” by the poet D’Annunzio, with about 1500 seats, designed to replicate the ancient structure of a Greek amphitheater in this seductive setting, surrounded by the Alps. Architect Gian Carlo Maroni was sent to Pompeii to study the Greek theatre and began work in 1934, completing the building after the poet’s death in 1952.

In the summer months, the theatre manages a prestigious season of shows, including Tener-a-Mente, the Vittoriale Festival which has hosted over the years artists such as Lou Reed, Ben Harper, Burt Bacharach, Keith Jarret, James Taylor, Damon Albarn, David Byrne, Pat Metheny, Paul Weller, Steven Wilson, Arto Lindsay, and many others. 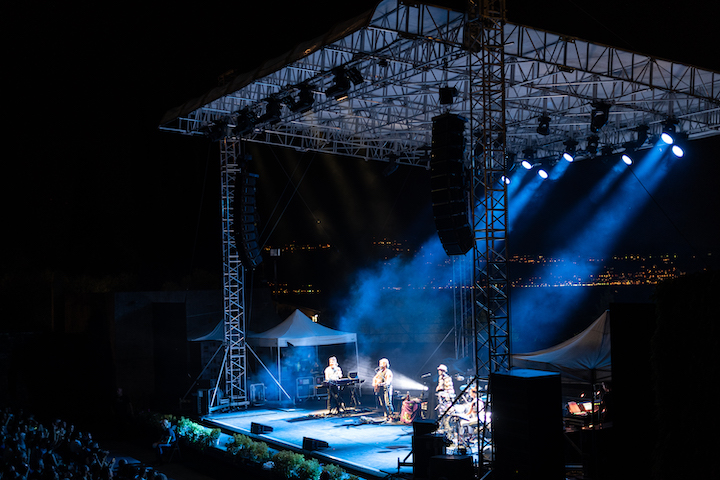 “The audio system that we installed at the Vittoriale degli Italiani provided total coverage of the area, made up of three sections of seats. Parterre, Steps and Imperial stage, the last of these very high and distant,” comments Stefano Fioretti of For Sound rental service. “In the past few years we have used a system consisting of 24 line array modules of an American brand, 12 per side, and it could barely reach the Imperial stage. With the RCF HDL 30-A system, this year, I didn’t have the slightest problem; in fact, some mixes were even more pleasing from up there.” 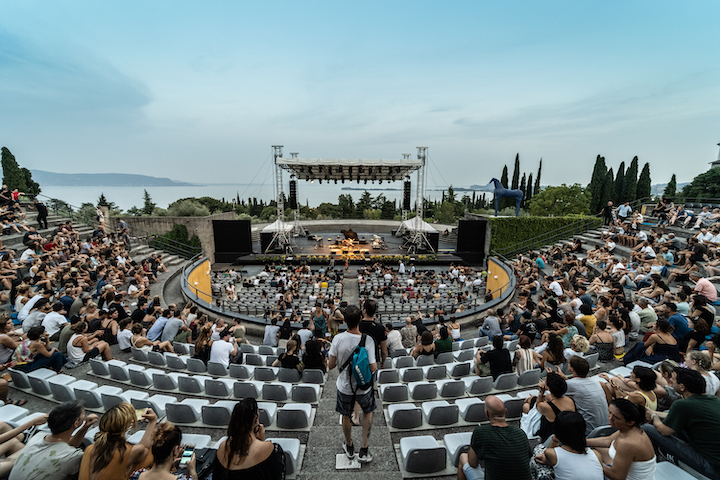 The audio system, Fioretti explains, “starts from the two Avid SC48 and SC48 Remote mixers, then we enter the matrix composed of two LAKE LM44 processors to the audio system. A laptop controlled the RCF RDNet management software. On the stage, we have a ground monitoring system with 12 monitors and two subs, plus two side systems consisting of three RCF HDL 10-A and a SUB 8006-AS on each side.”