Mark Carver, lead designer at Carver Lighting Design, based in Nashville, turned to Elation’s compact yet punchy Smarty Hybrid™ moving head to help the GMA Dove Awards celebrate their 50th Anniversary. Presented by the Gospel Music Association and aired exclusively on the Trinity Broadcasting Network (TBN), the Dove Awards have honored excellence in Christian and Gospel Music since 1969. 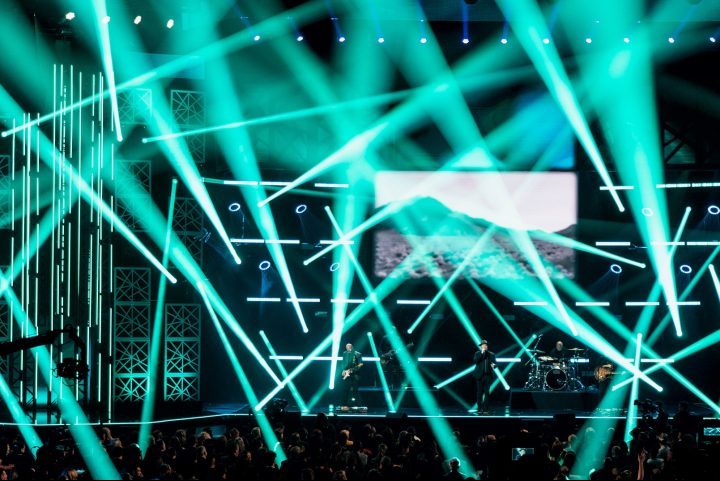 The 50th Anniversary show was held October 15th at Nashville’s Lipscomb University. With multiple awards to hand out and 20 performances to light across both a main and satellite stage, Carver says diversity in looks was essential. “The Smarty Hybrids were definitely the main workhorse fixture on the show,” states Mark Carver, who has lit the awards show for the last few years. “This isn’t the type of show where we had a lot of different fixtures to choose from so we really relied on the Smarty’s to get as many different types of looks as we could.”

Distributed across multiple levels on what the designer calls eye-candy trusses, 64 of the CMY color-mixing Smarty fixtures were sprinkled throughout the set, intertwined with set piece ladders and also used as an audience surround. “They worked great as my eye-candy beam gobo fixtures in the camera shot,” he said. Mostly used for beam and gobo looks, the designer also turned to the multi-functional moving heads for color accents.

One of the designer’s favorite looks was a narrow beam look that transitioned from amber to teal green, with another favorite a gobo look for artist Riley Clemmons in peach and magenta. “I was really impressed with the colors. I thought the mixing was good and the camera reproduced them very well in the right color spectrum for television.”

Carver created a main award look and a variation of that look for the various award presentations, as well as custom designs for each performance. “If the artist already had content we would create looks that color complemented that, and if we created the content then we would try to differentiate the look compared to what the other artists were doing to keep it unique.” The Smartys worked with other profile and wash fixtures, melding in nicely in the same color palette, according to the LD. 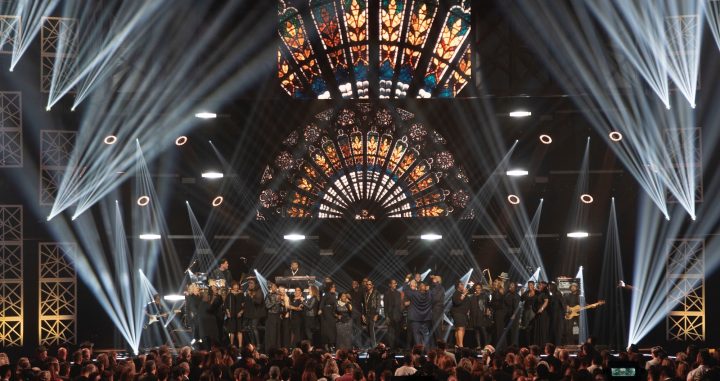 His first time using the Smartys, Carver says he was very happy with them and the creative possibilities they provided. The Smarty Hybrid’s full-featured design includes CMY plus color wheel as well as 20 graphic options and dual prisms. Its 6,000-hour MSD Platinum FLEX 200 lamp produces up to 14,000 lumens and the fixture can zoom in all three modes, Beam, Spot and Wash.

Bandit Lites supplied lighting for the show, the award-winning vendor that Carver has worked with many times in the past. “Bandit is great,” he says. “The rig always comes in well prepped and they have great techs to represent the company. The Dove Awards is a pretty tight schedule but we were 100% so they did great work in a short period of time. The show was a success all around and we were honored to be a part of such a great night!”