Audience members had no idea what they were in for as they entered the UNO Lakefront Arena of The University of New Orleans for the first of Widespread Panic’s three night performance, but as their dedicated fans know, each and every Widespread Panic show features the band pulling from their vast catalogue of songs. Coupled with the Halloween tradition of the band playing songs that have never graced their stage before, everyone involved is on their toes, and none more so than longtime lighting designer Paul Hoffman. 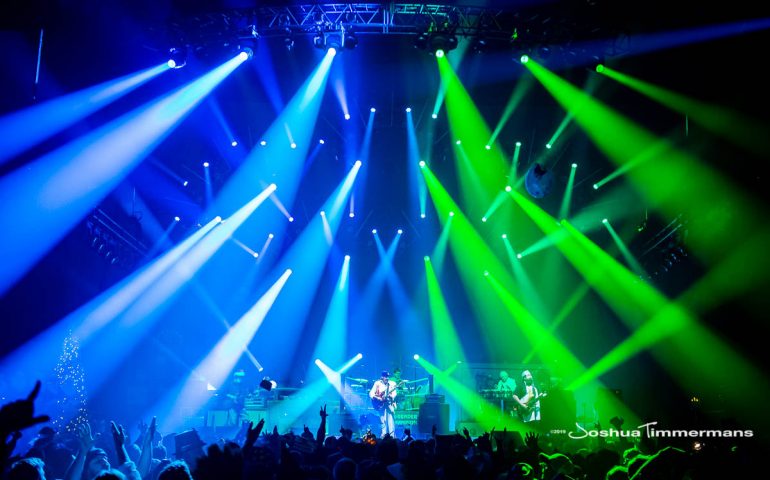 “The bands dynamic range is broad spanning hard rock to emotive ballads and stops at every station in between – so I need to be able to serve all those needs – often taking a more theatrical approach to the emotionally heavier music,” Hoffman said. “Because of the breadth here, flexibility and dynamic versatility are my best friends.”

For this year’s iteration where the stage was outfitted in an Andy Kaufman theme, complete with miniature wrestling ring, New York taxicab and office and Christmas tree. Hoffman utilized Robe BMFL Spots as the primary profile fixture, as well as GLP X4, X4S, X4 Bar 20, Martin Sceptrons and VL 500s.

“I consider these “best of breed” in their specific fixture categories and although many say the VL500s are reaching end of life, I still love them,” said Hoffman.

“Paul’s love of the ‘heritage’ range of VL gear is pretty well known inside Bandit,” commented Bandit Lites Production Manager Dizzy Gosnell. “Added to that we had another tour in the same time frame in 2019 also looking for VL500’s kind of made us smile.”

This year’s touring schedule was comprised of a series of one-offs, allowing the lighting rig to go back to the Bandit shop between weekends, giving Hoffman more opportunities to tailor the rig for each venue. 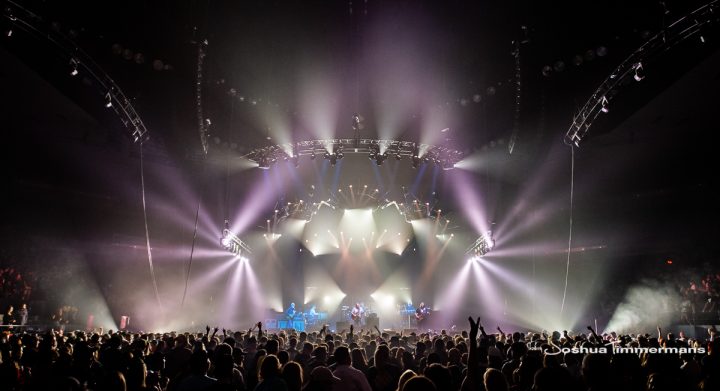 “This had made a bit more work for the Bandit shop,” noted Hoffman, “but we’ve been able to complement more precisely the cities and stages we are playing, which has been a great benefit.”

“This rig has been very flexible and fluid throughout this year, bolt on a bit here, saw off a bit there for the different legs, but the rig still looked huge and impressive and fit well under 53’ of truck,” said Gosnell. “The pictures by esteemed photographer Josh Timmermans on the band’s web and social pages are jaw dropping. Paul’s impressive operation and designs hardly ever sit still during the show, so to be able to forensically examine the scenes via Josh’s photos at your own speed is a treat.”

“As always, the Bandit team has been excellent,” finished Hoffman. “Notably, I’ve now been working with Dizzy Gosnell for over a decade on this project. On the technical side (Bandit Project Manager) Don Lockridge, Andy French and Wayne Lotoza have been long-suffering allies and we value them greatly. We look forward to working again with Bandit on our 2020 touring year, details of which are beginning to emerge on the Widespread Panic web site.”

“Having Wayne and Andy double-team the lead throughout the year with various different crews working with them made a huge difference,” concluded Gosnell. “As always, Don makes the project out of the door a smooth launch and Panic’s production manager Mike Smith hardly ever gets a mention, so let me change that: He really runs a good ship, lots of clean, clear advance info and swift responses… what’s not to love with that?”