The winners have been announced at the second annual Knight of Illumination Awards USA (KOI-USA) ceremony, which took place at The Joint in The Hard Rock Hotel on Friday, November 22. This year, underlining the immediate popularity of the KOI-USA ceremony, attendance was up by a third over 2018’s inaugural event, with almost 400 industry professionals gathering to celebrate the creative talents of lighting and video designers’ work produced in the United States over the last year.

Following a stunning indoor drone display courtesy of Verity Studios, 26 designers were ‘knighted’ for their work on productions in the Theatre, Live for Broadcast and Concert Touring & Events categories. These awards were followed by the presentation of the Paky Lifetime Recognition Award created by KOI-USA co-headline sponsor and leading lighting manufacturer, Claypaky. 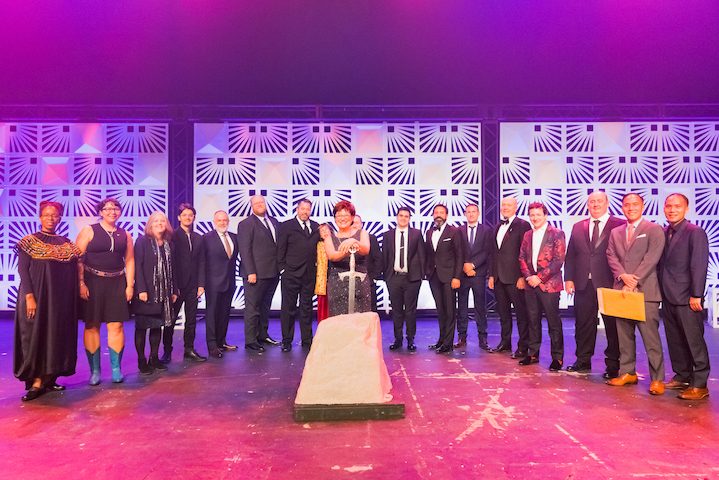 The 2019 KOI-USA winners are as follows:

The Notch Award for Projection Design: Roma Flowers for A Bon Coeur

The ETC Award for Dance: Brandon Stirling Baker for Reflections

The Altman Lighting Award for Plays (Large Venue): Natasha Katz for Frankie and Johnny in the Clair de Lune

The Rosco Award for Musicals (Small Venue): Christina Watanabe for The Wild Party

The ARRI Award for Unscripted Series: Oscar Dominguez for The Voice Season 16

The SGM Lighting Award for Corporate Event Lighting: 59 Productions for Apollo 50: Go for the Moon

The LMG Touring Award for Corporate Event Video Content: 59 Productions for Apollo 50: Go for the Moon

The Paky Lifetime Recognition Award was created to recognise industry persons that have dedicated more time and energy than would ever be expected of them and benefitting the wider industry. This year’s winner was designer and educator Wendall K. Harrington, was chosen by the KOI-USA Committee.

Harrington, a ground-breaking projection designer was hailed “the godmother of all projectors” by John Simon in New York magazine, having worked on live events, theatre, dance, and opera since the 1970s. Ellen Lampert-Greaux, KOI-USA Committee member, says, “Harrington forged her way onto stages when projection technology was still in its infancy, yet nothing deterred her from her quest for quality and innovation. She inspired the next generation of projection designers and continues to inspire as an educator at Yale School of Drama, where she is the head of the projection design concentration.”

Harrington has designed for Broadway, including All The Way, Driving Miss Daisy, and Grey Gardens, with concert work including The Talking Heads’ Stop Making Sense, and Pete Townshend’s Psychoderelict, as well as tours for Chris Rock and Simon & Garfunkel.