Following the 1.1 million-selling album “Muttersprache” back in 2015, German singer Sarah Connor waited until the spring of 2019 before releasing her second German language album “Herz Kraft Werke”; this—like its predecessor—entered the German charts, straight in at number one. Since the end of October, she has been touring arenas, with 15 dates in Germany, Austria and Switzerland. Already announced for the summer of 2020 is a big open-air tour, and in March 2021 there will be a further seven arena dates, reflecting her huge success. 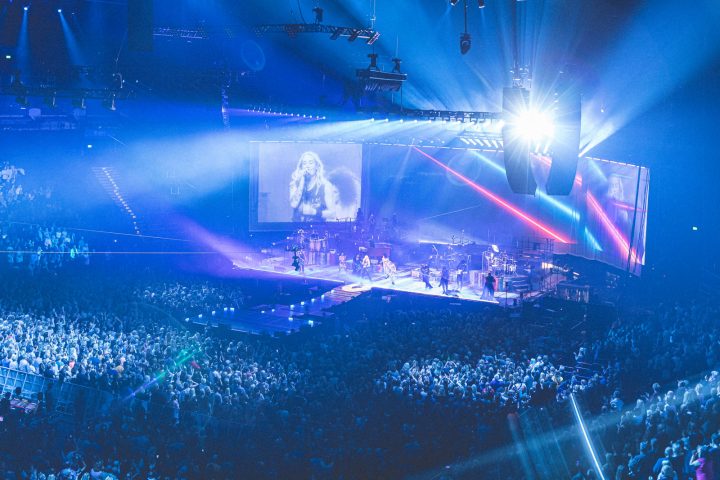 Lighting designer Bertil Mark has been working with the artist for several years and has accompanied the current “Herz Kraft Werke” tour as lighting and set designer as well as creative director. He says that he had arrived quickly at a concept with the artist and the production managers after initial ideas had been exchanged.

Although the stage is dominated by powerful LED surfaces (left, centre, right), Bertil manages to create versatile and fluid organic looks. “We start the show on a largely veiled stage and work with multiple gauzes that are removed step by step,” he explains. “One last gauze, situated directly above the LED surfaces, remains however throughout the show. This not only serves as a projection screen, but also softens the video content, creating an organic impression. 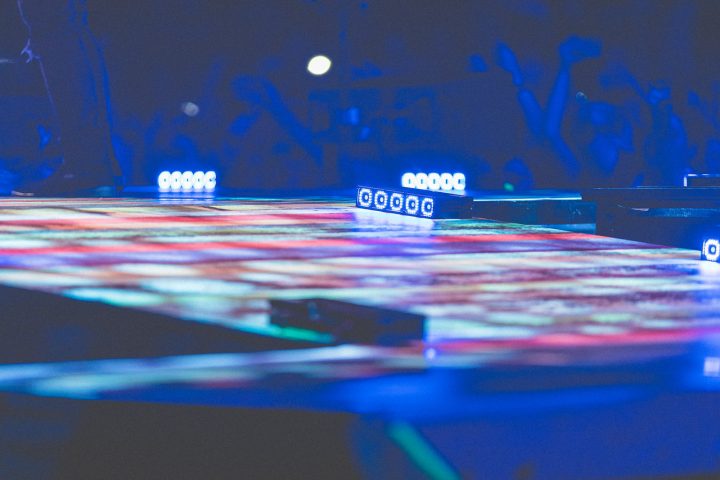 For the implementation of the lighting design, which uses only a few different lamp types (including wash beams), the designer relies entirely on GLP X4 Bars, JDC1, KNV Line and Dot. “I have actually used the X4 Bars in every one of my designs since they first came out,” he says. “This is a great lamp, able to quickly produce 3D light surfaces or curtains. They are my medium of choice for large-scale wash looks. However, I always use the X4 Bars in single-pixel fashion and pick out everything the lights give; they are incredibly versatile,” Bertil confirms. All in all, the design features 62 X4 Bar 20, which on the one hand trace the upper edge of the LED wall, and on the other hand are also placed up- and down-stage on the floor.

In addition, 26 JDC1 from GLP are featured in the set, which the designer mainly uses to illuminate the scenic area, as well as an audience blinder. Most of these hybrid strobes are found on two sloping mid-trusses across the stage. 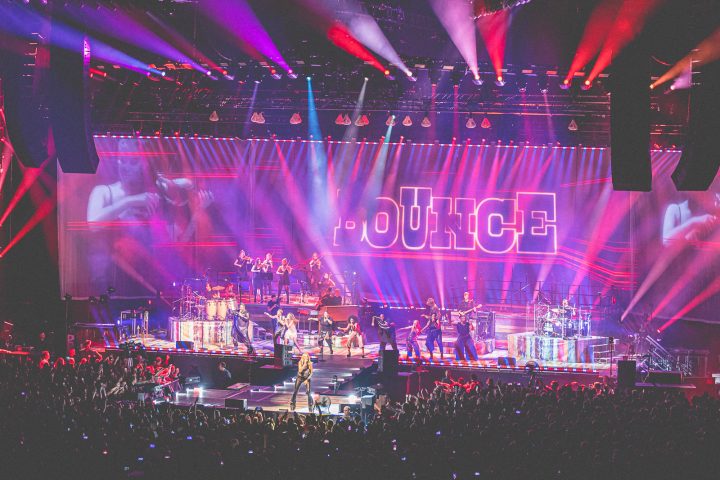 Bertil has also been able to make use of the latest modules from GLP’s KNV series in their first ever deployment. Oliver Schwendke, GLP’s Key Account Manager, was in close contact with him in advance of the tour, with particular regard to the KNV Dots and Lines, so that these completely new systems could be incorporated into the lighting design of the Sarah Connor production.

As a result, 30 KNV Line and 20 KNV Dot have been distributed around the stage and perform special duties. Bertil uses the KNV Lines, which consist of five powerful pixels, on the runway floor in front of the main stage. “Here they illuminate the catwalk like a kind of ‘runway lighting’, which in itself looks good,” he says. “At the same time, they make a nice glow when the artists change positions across the corresponding areas.”

The ultra-compact KNV Dots, each housing a single power pixel, are assigned to fixed musician positions. These are mounted on the floor, on tripods and instruments as positional lights, but also enhance the camera light. To adapt the cool white light of the KNV systems to his design, Bertil taped them with CTO foil to achieve the desired warm white effect.“What I like about the KNV is that I can sprinkle light everywhere in the design. That alone creates a lot of creative possibilities. In particular, the Dots are wonderful little lights that you can easily place anywhere to create individual looks. They are very light and fun to work with,” confirms Bertil.

In addition to Bertil Mark, JoJo Tillmann is accompanying the tour as video director, while Rouven Dietrich is lighting crew chief and Andreas Wodzinski production manager. The lighting equipment for the tour is supplied by CGS, the consoles come from Lumensolution and the d3 media server from Pixway.