Alberto Kellner has received the prestigious ILDA Career Award in Orlando, Florida. On 10th November, this important award was presented by the International Laser Display Association, recognising the significant contribution that Alberto and Laser Entertainment have made to the industry over the years.

The International Laser Display Association (ILDA), founded in August 1986, is the world’s leading organisation dedicated to promoting the use of laser projectors in the fields of art, entertainment and education. Equally important as the international meetings and trade fair appearances made by the organisation, is a series of awards that recognise the hard work and contributions of companies and professionals active in the specific field of lasers for entertainment. 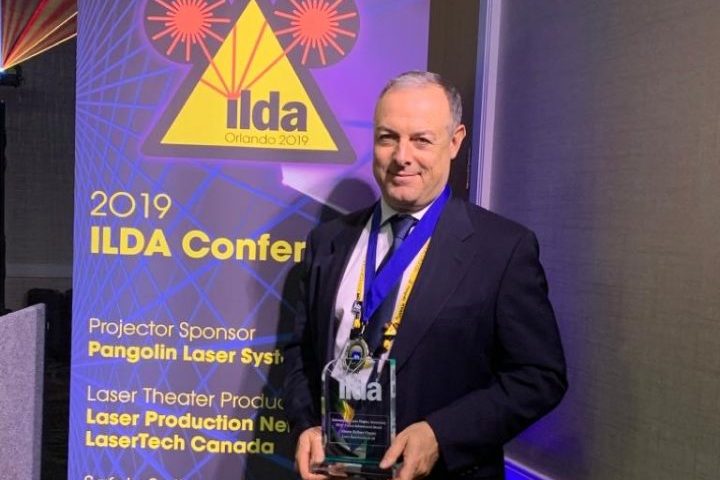 During his lengthy career, Alberto Kellner has always demonstrated a high level of initiative. So much so that his first prize dates back to 1996, when he received the “ILDA First Place Multimedia” award. This was presented for his work on the first major waterscreen installation, at the Italian amusement park of Gardaland’s “Egypt” attraction. In the years that have followed, Alberto and Laser Entertainment have received more than 30 international awards. These included the ILDA award, as well as prizes presented by other groups – such as the European Lasershow Festival, Pepsi Award and BEA. This year brings the receipt of what is probably the most important award in the sector – a prize that recognises and certifies the excellence that Alberto and Laser Entertainment have achieved over the years.

“This is an award that fills me with pride,” begins Alberto Kellner, radiantly. “This career award represents the culmination of a lifetime’s work in this sector. It is a prize that certifies all the efforts that I and the people who have supported me over the years in Laser Entertainment have made. We have always strived to provide the highest level of service, offering maximum professionalism and great commitment to our customers”.

“As Laser Entertainment, we joined ILDA in 1993 – the first Italian company to do so” Alberto continues. “Through the years, my team and I have always tried to develop and progress wherever possible, embracing the latest technologies and searching for new, often pioneering solutions. It is a great pleasure to see that all this work has been noticed and appreciated, particularly by receiving such a prestigious award! “ 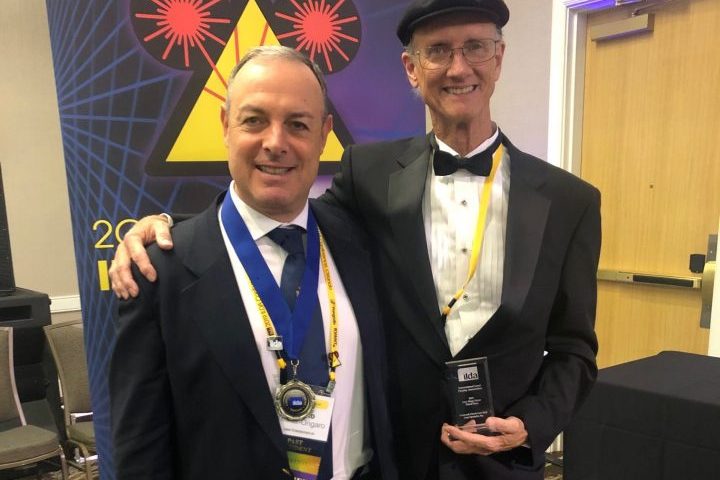 Alberto Kellner has been active in the entertainment sector since 1985, when he took his first steps in a PR and event organisation agency. 1988 would see Kellner enter the world of lasers, a sector that he hasn’t left since and will no doubt continue to pioneer within for for years to come – both as a creator and supplier of multimedia projects across a large number of prestigious events both in Italy and abroad.

Together with the people who have supported him over the years, Alberto has always demonstrated a pioneering spirit. One of the first to use software and platforms for laser control – Kellner’s journey began with software such as Magnum, LOBO and Lacon 3 – before the arrival of Pangolin. This product has recently allowed Laser Entertainment to achieve a level of accuracy and flexibility within projects that few others have managed to match.

The desire for experimentation and continuous research at a hardware level has allowed Alberto to design and build some of the most innovative machines in the industry, such as the first 2 Watt RGB DPSS solid-state diode projector, presented at LDI in Las Vegas 2004. This product would go on to win the “ILDA Award for DPSS Laser” in the same year, becoming the first projector with both DMX and Pangolin flashback system integrated, allowing it to “play and recall” entirely via wireless DMX.

In 2010, Alberto and his team began to think about lasers as a technology to be integrated into true multimedia shows, converging with visuals, light and sound to reproduce effects of great impact. This technology would bring a new dimension to the portrayal of evocative stories and experiences, and Alberto’s expertise in these industries make his work highly requested and appreciated.