For Meyer Sound, 2019 was the year of exciting new product launches and an increase in global festival collaborations. Starting as early as March, Meyer Sound LEO® Family loudspeaker solutions were deployed at more than 60 festivals with musical genres ranging from heavy metal to jazz music. For five festivals, hospitality lounges were added to provide a relaxation space for the hardworking production crews on the road. 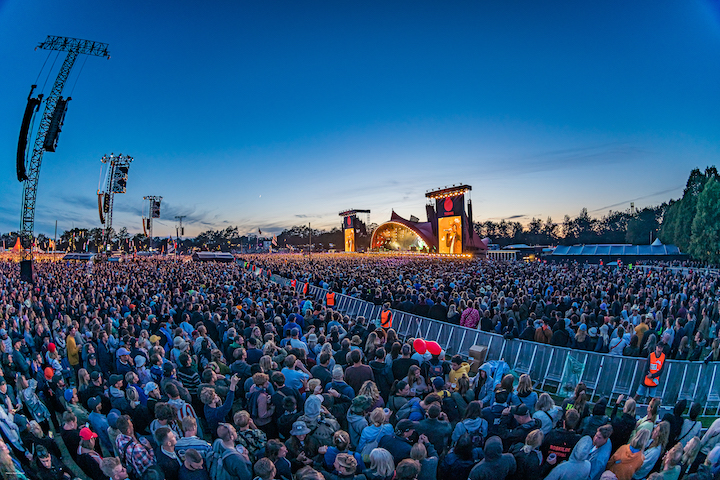 “We are very excited about our increased festival presence this year. We have been able to make great connections and strengthen existing ones at festivals not just in our backyard, but around the world, too,” Executive Vice President Helen Meyer said. “It’s also been a great way to showcase some of our new loudspeakers in a variety of settings.”

More than 5,000 individual Meyer Sound loudspeakers were deployed at festivals around the world, spanning more than 138 days of the year.

The year of festivals kicked off with two activations at the 10-day SXSW Conference and Festival in Austin, TX. Partnering with SAS – Scandinavian Airlines, Meyer Sound and Dallas-based Crossroads Audio, Inc. provided the audio solutions at the House of Scandinavia activation for a week of Scandinavian music, culture, and business. During the second weekend, Meyer Sound joined Relix Magazine at the Historic Scoot Inn for the Brooklyn Bowl Family Reunion as the Official Sound Partner of the Relix Roadie Lounge.

Following SXSW in late March was the 30th anniversary of the Savannah Music Festival and the fifth consecutive year with Meyer Sound as the Official Sound Partner. Once again, Rock-N-Road Audio equipped the two amplified venues, Lucas Theatre and Trustees Theatre, with LEO Family systems, as well as Ships of the Sea and Morris Center with UPQ-1P and UPJunior systems.

Also celebrating an anniversary was the music, art and technology festival Moogfest in Durham, North Carolina. This year’s 15th edition included four days of spatial sound performances and workshops at The Armory, with a festival debut from the new UPQ-D3 wide symmetrical coverage loudspeaker.

The summer season brought Meyer Sound to Europe as the sound partner of two major music festivals, Montreux Jazz Festival and Roskilde Festival, with their loudspeaker systems deployed across several more festival stages across the continent. The new ULTRA-X40 loudspeaker also brought its point source power to the two flagship festivals for the first time. 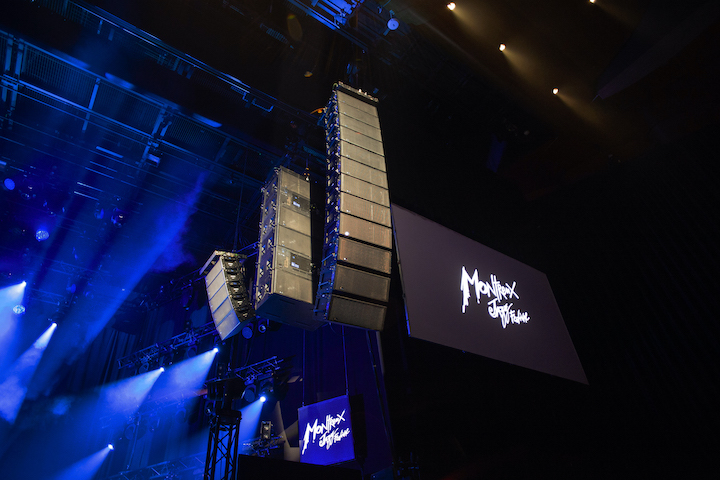 Following shortly after in nearby Vevey, Switzerland, 556 Meyer Sound loudspeakers, courtesy of Dushow, powered the Fête des Vignerons (“Festival of the Winegrowers”) and its specially built stadium. With rental company Skynight SA providing nearly 500 loudspeakers for the Montreux Jazz Festival, altogether, more than 1,000 Meyer Sound loudspeakers were operating along the Swiss Riviera.

Concurrently with Montreux Jazz Festival, the 49th Roskilde Festival brought in about 180 artists to the eight-day event. Close to 1,000 Meyer Sound loudspeakers, anchored by LEO Family systems, were distributed across every stage and supplied by Bright Group. Bright Group’s Sweden office also supplied LEO Family at the Way Out West Festival — with three stages deploying LEO and LYON main PA systems — and the LYON-powered main stage at Stockholm Culture Festival in August.

Over in the British Isles, rental partners Major Tom Ltd. and Wigwam Acoustics supplied the audio solutions for five festivals in the United Kingdom and Ireland. From Major Tom, the roster includes Eden Sessions and Live at the Marquee with LYON loudspeakers, plus the Lytham Festival with both LEO and LYON deployed. Meanwhile, Wigwam provided LEO and LYON to the Isle of Wight Festival in mid-June and a LEOPARD system for Big Church Day Out.

Throughout the summer, RMS Pro Audio, the exclusive distributor in Spain and Portugal, and their rental partners took over the festival circuit in the region. More than 20 festivals across the two countries featured Meyer Sound systems, including Madrid’s A Summer Story via Fluge Audiovisual.

October brought another first for Meyer Sound as the ShiRock International Music Festival in Manipur, India welcomed a LEO Family system for the first time. The four-day event drew crowds of over 30,000 people per night for an immersive sonic experience with local and global acts.

For a second year, Meyer Sound partnered with Relix Magazine in late August for the LOCKN’ Festival in Arrington, Virginia — a festival which, like Meyer Sound, has foundational roots with the Grateful Dead. With audio solutions provided by DBS Audio Systems, Inc. of Coatesville, PA, Meyer Sound LEOPARD compact loudspeakers were deployed at both the Garcia’s Forest and Super VIP stages. The 2018 edition of LOCKN’ jumpstarted the string of Relix Roadie Lounges that followed into 2019.

This year’s Relix Roadie Lounges began and ended in Austin, TX, from the Brooklyn Bowl Family Reunion at SXSW to October’s two-weekend Austin City Limits Music Festival. In between was the Newport Folk Festival, Outside Lands, and LOCKN’ Festival. Each lounge featured Meyer Sound slim systems and a pair of Amie precision studio monitors, which was offered to a randomly selected entrant in the Amie monitor contest.

Among other festivals, Meyer Sound will return to Europe in June 2020 for the 50th anniversary of Roskilde Festival and the Montreux Jazz Festival for their 34th consecutive year as the Official Sound Provider.