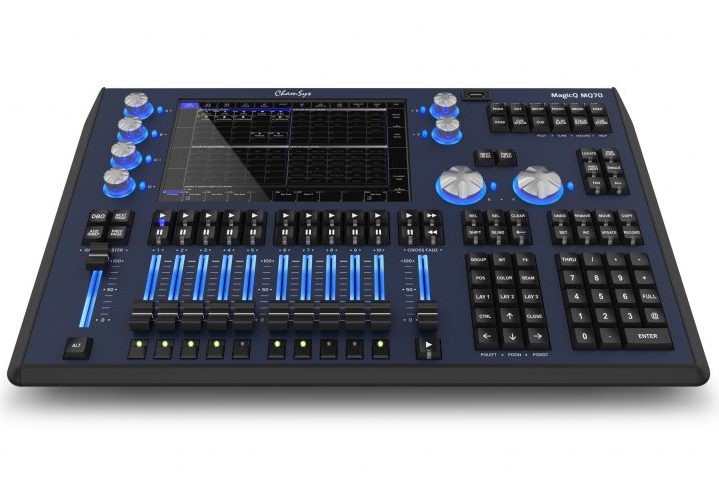 The new console works neatly as a piece of carry-on luggage, and meets the restrictions of even budget airlines like Ryanair and Southwest. Its compact size not withstanding, the MagicQ MQ70 offers big time scalability, supporting 24 universes of ArtNet/sACN natively, with an option to expand this to 48 universes directly from the console (with a paid upgrade). The console features a 10.1” multi touch display, along with illuminated fader and encoder tracks.

The MagicQ MQ70 also has built-in WIFI, making it easy to connect to the ChamSys MagicQ Remote focus application simply by scanning the QR code on screen without the need for external networking hardware. MIDI input and output as well as LTC timecode input are also inbuilt, allowing easy integration with show control and timecoded shows.

An in built UPS protects the MagicQ MQ70 in the event of a power failure. On the subject of power, this console consumes very little of it, so it requires no cooling fan, which means it operates silently, a critical feature for broadcast, theatrical and corporate show applications.

Since the MagicQ MQ70 runs the same MagicQ software as other MagicQ consoles, it can accept shows programmed on them, and have its shows loaded and run on them, within the universe limits.

Like all ChamSys consoles, the MagicQ MQ70 is logical, intuitive, and easy to follow. The console also features an in built network switch, as well as audio input and audio. These user-friendly features, combined with the console’s portability, scalability and performance features, are sure to make the MagicQ MQ70, a welcome addition to the busy professional’s tool chest.