Robe’s brand new ESPRITE moving lights – a powerful, refined 650W luminaire with transferrable white LED engine – made their US live TV debut on the 2019 CMT Artists of the Year event, staged at the impressive Schermerhorn Symphony Center in Nashville, Tennessee. 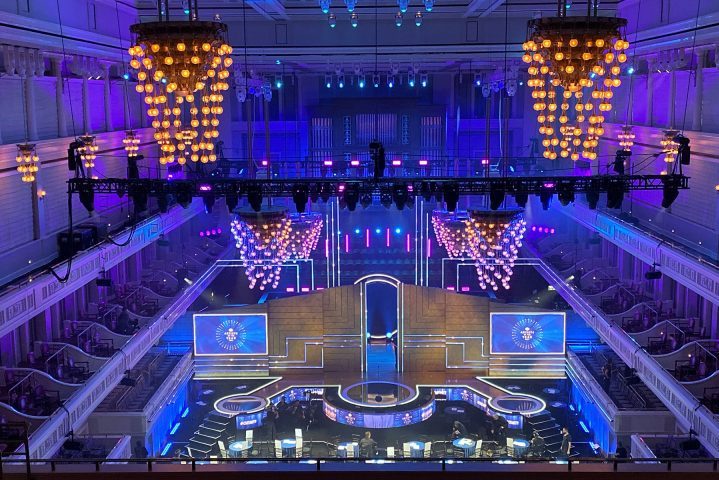 Tom’s creative flair and style has graced many high-profile country music and CMT shows, and on this one he enjoyed working alongside a talented production team which included including set designer Anne Brahic.

The ESPRITES plus other extra lights on the show – which also included Robe BMFL WashBeams and Spiider LED wash beams – were delivered by Morris Light & Sound. They were used together with fixtures from the venue’s house rig.

CMT Artists of the Year is broadcast live on CMT and gives the network and the close-knit country music community a chance to honor musicians and performers who are having amazing moments and making an impact.

Live action on the night included speeches, tribute performances and special musical collaborations. Tom has lit the event for the last seven years and loves the youthful vibe and slightly edgy ambiance.

Tom has a penchant for trailblazing new lighting products in his designs and was delighted when Morris’s lighting manager Han Henze announced they could make the ESPRITES available for the show where the overall lighting ambiance is “classy and slick, in keeping with the mood of the event,” explained Tom.

Irish-born, Miami-based Tom was one of the first LDs to use Robe’s Pointes and BMFLs on major high-profile shows shortly after the products were launched and is among the influencers who have helped the brand establish such a strong presence in the U.S. over the last decade.

Ten of the 20 x ESPRITES were positioned on one of the rear LX production trusses installed at the Schermerhorn Symphony Center for this event, and used for rear lighting the band, and for texturing, coloring and gobo work on the stage.

Another 10 luminaires on one of the downstage trusses provided ideal key lighting for musicians onstage, and for pick-ups at the dinner tables distributed around the room including on the wrap-around balconies. 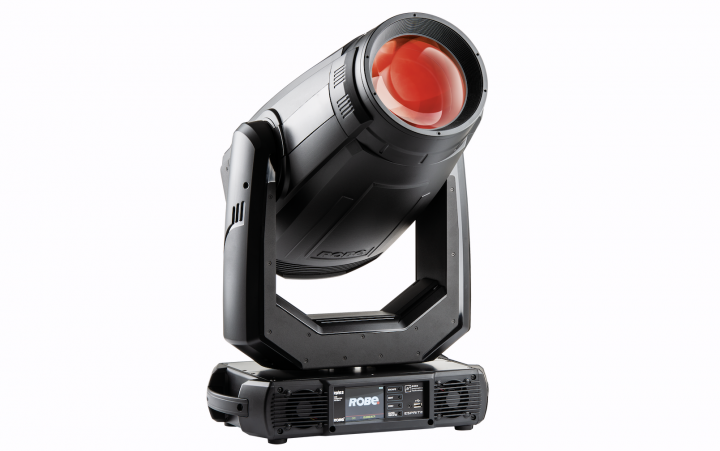 He was impressed by the sheer quality of the light, the color mixing, the smooth and fast movement and the precision dimming: “It’s evident that Robe has worked really hard to perfect elements like the color, speed, keeping the weight down and the quality up!” He says he will “definitely” be using them again!

The self-referencing, data-capturing WTETM 650W (White Transferrable Engine) light source is designed, developed and manufactured by Robe in its own factory and enables the rapid and economical ‘lamp-like exchange’ that gives the fixture a life well beyond those of non-user-replaceable LED sources.

Tom’s tasteful lighting design for CMT Artists of The Year also utilized 30 x Robe BMFL WashBeams, 24 of which were on over-stage LX  trusses 3 and 4 in an ideal position for providing band keys and highlighting scenic elements.

Two of these BMFL WashBeams, complete with remote MotionCameras, were rigged in the side-stage balcony positions and controlled via a Robe RoboSpot remote control BaseStation located in the box seating ‘parlor room’. There was another BaseStation controlling two BMFL FollowSpot LTs in the back-of-house balcony positions which were used for presenter key lights when they were standing in the ‘pod’ positions onstage.

Eight of the 20 x Spiiders – another Robe fixture used regularly on Tom’s designs – were rigged on the side balconies and used to create aerial beams and eye / camera candy effects, with another 12 onstage for low back light and supplementary eye candy impact when needed.

“Morris Light & Sound is very pleased with the output, color and beam qualities as well as the feature sets of the ESPRITES which checks many boxes for us,” said Han Henze who also took on a lighting directorial role for this show. “We currently have over 400 Robe fixtures in stock at Morris and we are in the process of replacing arc-lamp profile fixtures for which the ESPRITE is a great choice for customers working in concert touring, theatrical, television or events.”

The telecast was directed by Michael Dempsey. The executive producers were CMT’s John Hamlin and Margaret Comeaux and the producer was Amy Johnson.

2019 CMT Artists of the Year were Carrie Underwood, Kane Brown, Luke Combs, Dan+Shay and Thomas Rett, with Ashley McBryde recognized as breakout artist of the year and Reba McEntire honored with an ‘artist of a lifetime’ award. All of them were celebrated with special performances during an emotional and memorable evening that resonated the warmth, humanity and sense of community that characterizes the country music genre.