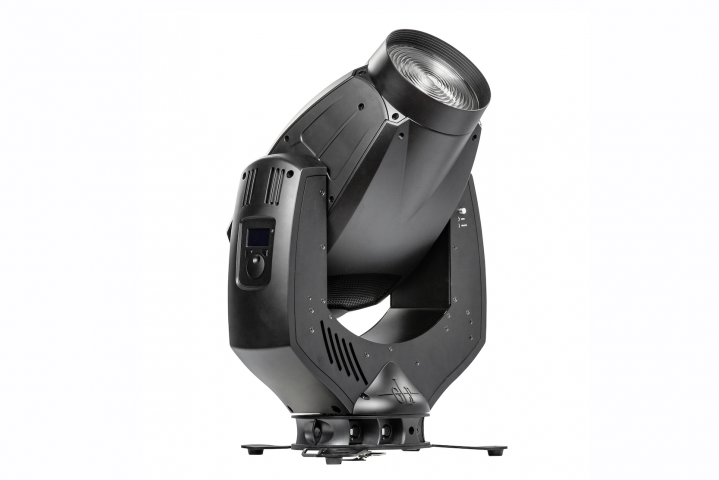 GLP will largely follow the product template that worked so successfully at Prolight+Sound back in the Spring. These include the advanced Highlander high output discharge washlight; impression S350 Wash, which brings a new level of control and functionality to the mid-range LED washlight market; impression FR10 Bar, with a new optical system, and larger size aperture, each of the 10 sources contains a high output 60 Watt RGBW LED that colour matches with the entire GLP X4 and FR series; as with their companions, the KNV Cube and Arc, the latest multifunctional KNV Dot and KNV Line ‘building blocks’ work as independent units or can be seamlessly combined together to provide a new level of versatility.

Since its rebrand, this range of products has really captured the imagination of specifiers worldwide. Fusion Stick 10 and Fusion Stick 20 feature a clever connector system, which allows the Stick to create seamless light lines in either a horizontal or vertical set up; the Fusion Par 7 is equipped with seven high powered 30 Watt RGBW LEDs, and with an IP65 rating, it is capable of outdoor applications; Fusion Supernova features a powerful, homogeneous pixel free RGBW light output, making it the perfect wash fixture for any event, indoor or out. Two new additions are the Exo Beam and Exo Wash; the former is an IP65 moving head Beam housing a 90W white 7500K LED with an impressive beam angle of 0.1°, and field angle of 1°, with fast Pan & Tilt movements; the Exo Wash is an IP65 moving head Wash, containing 7 x 40W RGBW LEDs, and providing a wide zoom range from 4° to 54°.

Also distributed in North America by GLP, Cosmic Truss will present new additions to its  F34DNA 12” spiral truss, its unique twisted truss design. In addition, it will show corner and new angled conical pieces for box to spiral conversion. Finally it will present a new ‘Ubase’ that features stabilizer arms for U-Torms, its flexible solution to create both  hanging drop and ladder positions for lighting fixtures and other pieces of kit.

Scenex Lighting will introduce the latest innovation in pixel LED control, the PixeLit Control Manager. Breaking new ground and using revolutionary technology, PixeLit empowers control of up to 256 individual universes of DMX LED data. What makes PixeLit truly unique is that each universe can be run up to 1500 feet away from its source, with a constant refresh of 60 frames per second. All this is done from a compact 2U, 19” rackmount unit with built in 5” touchscreen.

PixeLit can be controlled via standard sACN and ArtNet DMX protocols, with unicast or multicast capability. The 5” touchscreen allows full user interactivity, including the ability to store and replay programmed sequences, and edit all functionality directly on the PixeLit unit. PixeLit is an expandable system with an affordable base unit that can be scaled up in blocks of 32 universes, making it a viable solution for applications, both large and small.