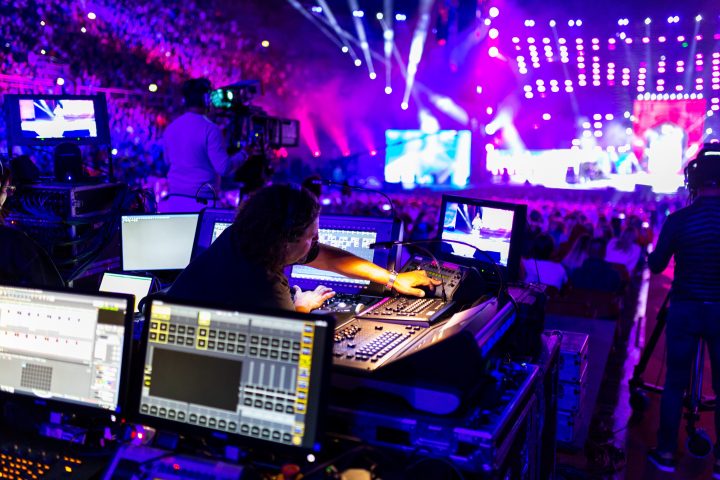 The set design for the open air venue featured an uncovered stage designed to favor visibility for the audience of 15,000 people. De Cave was tasked with designing a visual spectacular for the venue which is best known for hosting large-scale opera performances.

“Fabio Marcantelli, artistic director for RTL 102.5, and owner Lorenzo Suraci expressly asked me to do something different than what you normally see in the arena by offering the public a powerful show full of light and video,” says De Cave.

“They wanted a strong visual impact, a real ‘explosion of lights,” he continues. “Without a cover and hanging points the risk was to place the usual motorized fixtures in the steps behind the stage, so I had to look for a more original solution.”

The peculiarity of the installation led to 308 strobe lights being mapped as if they were a large LED screen capable of reproducing video content.

In addition to the experience and skill of De Cave, this was made possible thanks to the pixel mapping capabilities of the Hog 4 and Capture 2019 software. This combination allowed the LD to create a virtual, precise representation of what would ultimately be the live show. 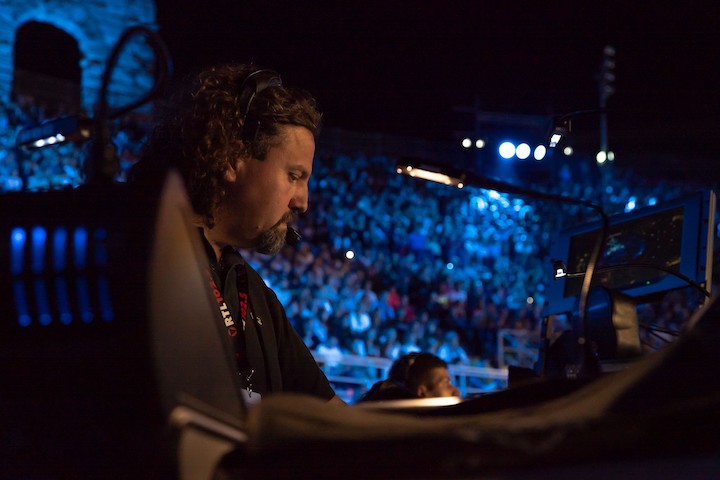 “I prepared everything at home with Capture 2019 together with a Hog 4. Through the Hog’s internal visualizer system I was able to open all the DMX universes I needed and recreate a decidedly functional and accurate project,” says De Cave.

Time constraints meant there was no opportunity to test the show in the arena. Thankfully, De Cave found that everything worked perfectly – both in terms of lights and video – during the concert.

“I was surprised how much the live show actually corresponded to the virtual project. Everything worked wonderfully, from the fluidity of the videos to the matching of colors – a perfect match between Hog 4 and Capture 2019,” remarks De Cave. “The power of the internal pixel mapping engine meant I could add and mix the colors on the video exactly as if I were working on a media server.”

The Hog 4 console also controlled 160 wash lights, 50 spots, 40 dimmer channels for the blinder, and even a CO2 effect through the generic 2 channel fixture.