Prolight + Sound Shanghai – together with its sister event Music China – certainly represents one of the most important events for the eastern market within its specific sector.
The Shanghai fair has historically been more “biased” towards the MI (Music Instrument) world, whilst the Guangzhou fair (which will open its doors next February) is more focused on professional entertainment. Both editions belong to the ever-growing Prolight + Sound and MusikMesse family, who’s head office is located in Frankfurt. For years, the company has been organising events of great appeal in almost every part of the world. This year in Shanghai – and after almost 10 years of trade fairs in China – we have seen a decisive leap forward with several aspects of the show. For this reason, we want to share some thoughts with you, in order to better understand a market that many discuss, but few truly understand. 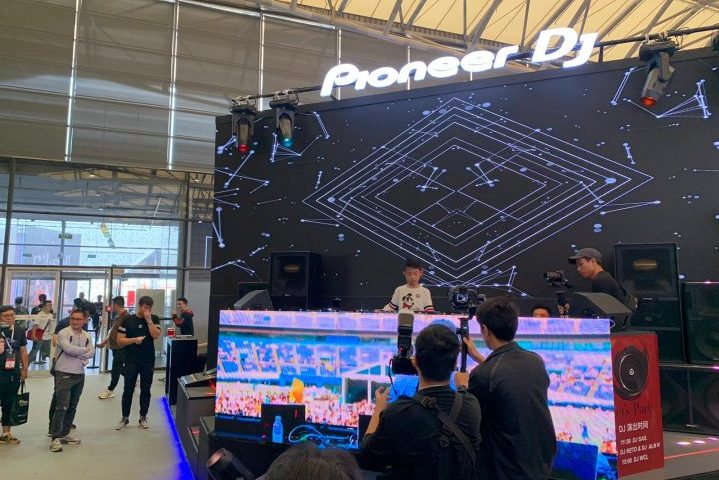 When talking about the two Chinese fairs, PLSS and PLSG, what’s certainly not missing are the numbers! This has been exemplified by this edition of PL+S Shanghai, with an estimation of over 30,000 visitors, engaging with 600 brands and from 22 countries. When added to the impressive numbers of Music China, with over 122,000 visitors and an estimated increase of 11% compared to to 2018, these numbers give a clear indication of the impressive footfall within the exhibition centre, for a show reflecting an ever increasing market. 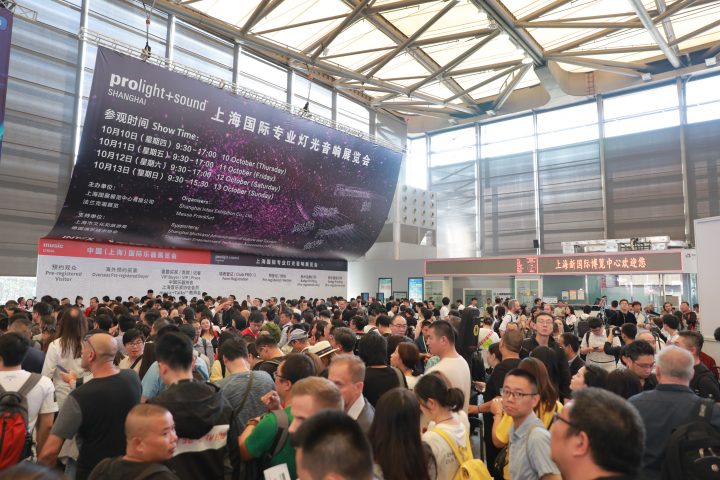 In addition to these numbers, there are a few considerations on the market that we would like to share with our readers. The first is that the Chinese market within our sector has experienced growth in a number of different respects, including the objective quality of the products. This is something that many people in Europe have been sceptical about in the past. As a second consideration, one cannot fail to notice the dynamism of the market in China which, when compared with the static nature of the European market, makes this comparison almost merciless.

Thirdly, it is now established that the internal market is the real driving force and a real target for both Chinese and international companies. This is a market that, for “internal” companies, is decidedly more important and in some ways easier to impact than the export market – something which is also dramatically changing under tariff and other changes. It it is important to also bear in mind that this development is often accompanied by massive interventions by the central government, which directly finances the market through a number of delegations.

The sales methods for the products, are often linked to interpersonal relationships that play a fundamental role and which, just as often, can be very different from those we Westerners are used to. In this sense, in fact, “placing” products in China is not as simple as it may seem.

For example, a “distribution” chain that can contain many superfluous secondary passages can often be bypassed, with it not uncommon for WeChat and Alibaba – just as main examples – to be used to finalise orders for not inconsiderable amounts of money. Anyone interested in learning more about the sociological and anthropological aspects of this market will have fun having research this online… 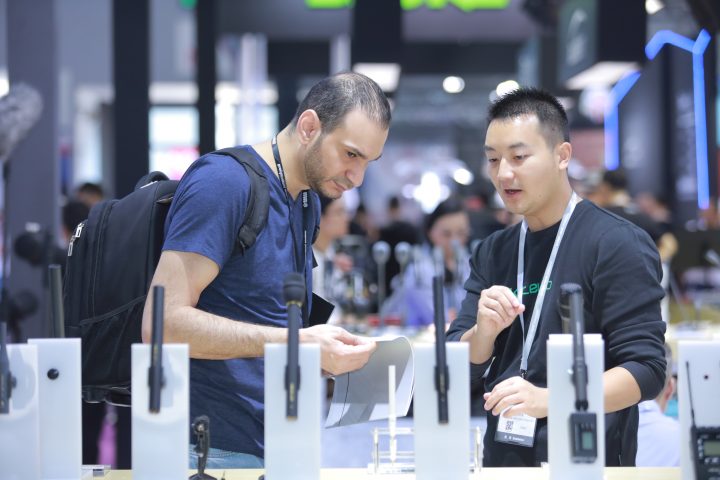 Quality has been at the centre of debates and arguments for years. However, negative arguments aside – many companies moved production to China without hesitation. We have repeated it a number of times – the range of products offered is extremely heterogeneous, starting from the lowest quality up to top technologies and truly competitive products. It is of no surprise, then, that massive investments have been made in infrastructure, technology and machinery, with these investments inevitably driving growth. We have witnessed for ourselves factories with an impressive degree of technology and engineering, from automated machinery to controlled atmospheres. 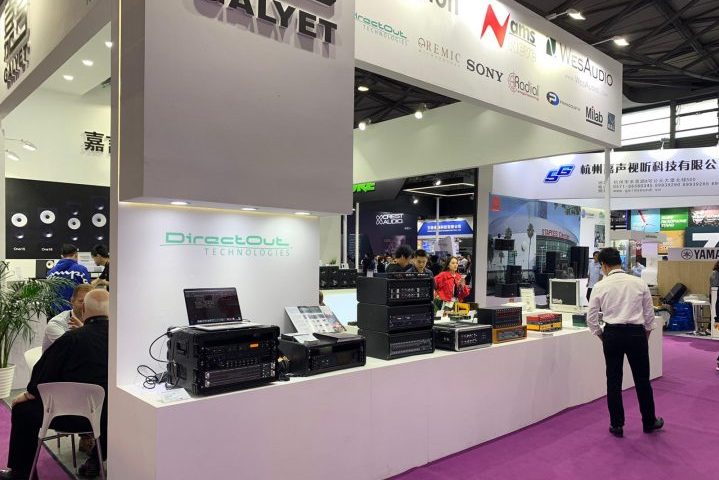 After our return to PL+S Shanghai 2019, we can certainly say that this was an interesting, rich, well-organised edition. The calibre of this show has vastly increased from the editions we experienced five or six years ago. It has become clear how much the general level of quality has increased, and how the attention to the domestic market from international companies has also grown. Evidence of this can be seen by a number of important brands choosing Shanghai to launch interesting world-first products, such as the new Midas Heritage D mixer with AI (artificial intelligence) and the Turbosound Manchester system. 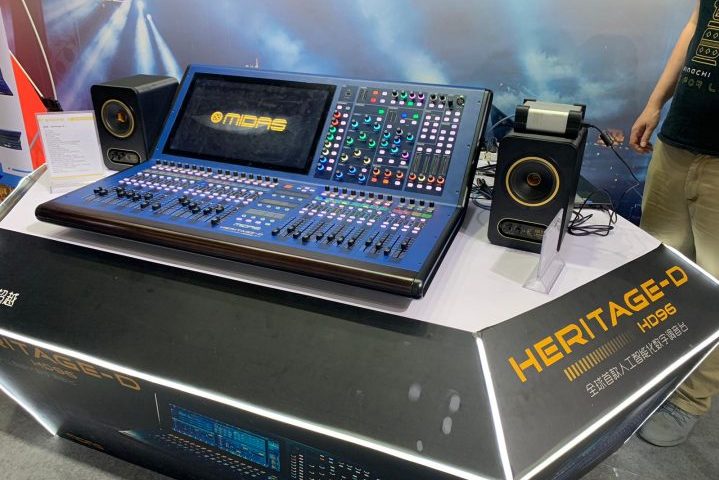 After these general reflections, we also want offer you the considerations of Judy Cheung (Deputy General Manager for Messe Frankfurt HK) who, together with the highly efficient Prolight + Sound team (Telly Cheuk and Nicole Chang), have organised and coordinated this very successful edition of the fair. 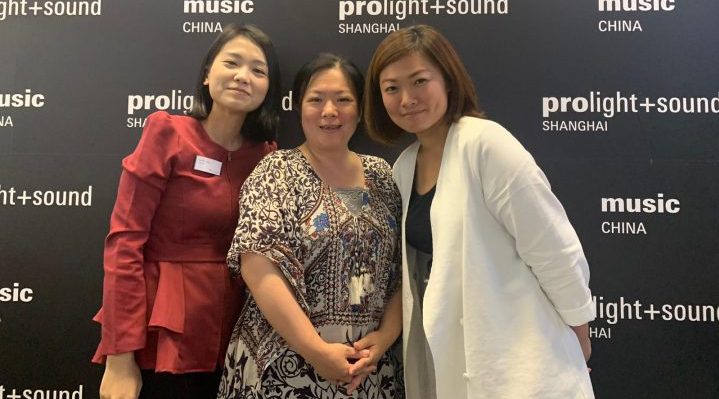 LSJ: Ms Cheung, what are the hot impressions of this 2019 edition?

Judy Cheung: This is 17th edition and I must confess that this year there was great expectation. We were almost frightened by what appeared to be the general economic situation, at least from how it is depicted on the media at a global level. Instead I have to say that, at least as far as we are concerned, things went very well, with huge turnout and participation. We couldn’t ask for more.

LSJ: Certainly the general quality has increased a great deal, especially with regard to Music China, a rich and highly attractive event.

Judy Cheung: I’ve talked to a number of visitors to the fair of the past few days, with many telling me that the fair should have lasted several days, because there are many things to see. In fact, the organisation of the fair reflects this need, so that the public can enjoy the exhibition offer in a “transversal” way, enjoying all the pavilions or choosing what interests them most.

LSJ: What do you think this great market growth of the “musical” world in China has allowed for?

Judy Cheung: Amongst the most important things, I would say the formation and culture of the musical instrument – something which is very strong in China. Music is taught in schools as a compulsory subject and the government also invests in this sense. In this way, the culture of music spreads and the success of these events is testimony to this.

LSJ: On the PL+S front, growth was more evident from the point of view of the presentation of the show. I have seen well cared for stands and staff who are attentive to the needs of the visitor. Once again, it is incredible what progress has been made in the past few years.

Judy Cheung: There has certainly been growth, driven by the leading companies who have understood that it was not enough to present quality products, but also necessary to devote themselves to marketing, to branding – and therefore to take care of the presentation and design of the stands at the fair. This growth is a direct consequence of the increase in attention that companies, including foreign companies, generally have for the Chinese market – which is booming. This has, in a sense, forced Chinese companies to adapt in order to be able to buy on all fronts, not just on the product.

LSJ: One last consideration I would like to make is about the external Sound Arena. Why do you tend to still divide between “local” brands and “international” brands?

Judy Cheung: It’s a way to hold a subjective “competition” between Chinese and international brands, but I don’t think that it’s a question of quality any longer.

Furthermore, there is a big request to participate in the sound arena and this formula helps us to better organise everything. It is not certain that things won’t change in the future…