The Metropolitan Opera House at Lincoln Center for the Performing Arts in New York City, home to the Metropolitan Opera, has recently installed 70 Elation Professional Artiste Monet™ LED profile moving head luminaires with Donald Holder the first to use the new rig of award-winning lights on Porgy and Bess. Lighting supply was by 4WallEntertainment. 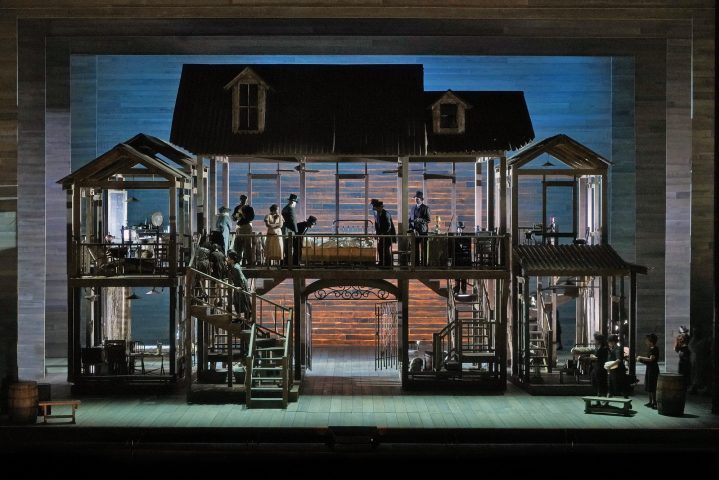 As one of the world’s premiere opera companies, the Metropolitan Opera demands exacting specifications with stage facilities that continue to be updated technically. The Met’s resident lighting designer, John Froelich, was instrumental in choosing the Artiste Monet and cited three main reasons for its choice. “The output of the LED source was very bright,” he said, noting that in testing it was the brightest fixture available. Secondly, “The native color of the LED engine was the most appealing to me. Most LED profiles that were tested had a slight green bias that was really hard to manage quickly from a creative standpoint. In a large, fast-paced repertory environment like ours it was such a great thing to find a source that was so artistically appealing.”

Lastly, the designer says the focus aspect of the Artiste Monet was the best of the units under consideration. “When dealing with LED sources in moving lights all manufacturers have to deal with the reality that multiple tiny sources rather than a single center engine of light, such as an arc source lamp, causes chromatic aberration to any shaping object in the lens train. In our testing, the Artiste Monet lens system had the advantage in minimizing this issue.” 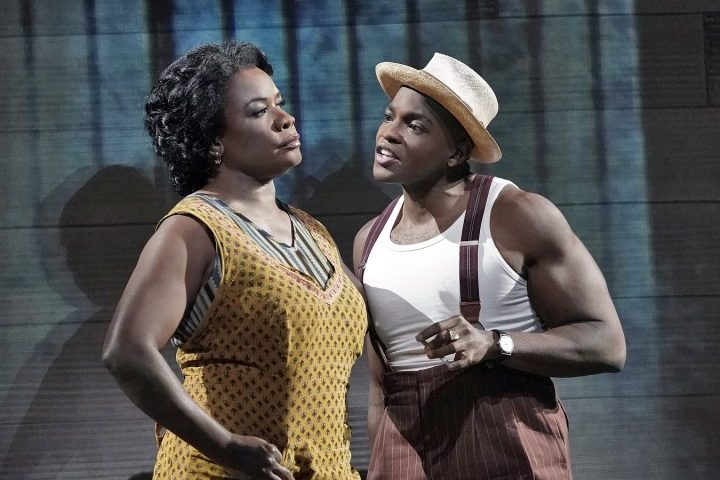 The Artiste Monet is a 45,000-lumen LED profile luminaire whose innovative SpectraColor color mixing system, as well as an unlimited indexing and continuous rotation framing system, has been recognized as exceptional innovation. SpectraColor is unique in that it combines CMY color mixing with RGB flags and variable CTO to produce color combinations that have traditionally been hard for LED luminaires to achieve.

“The SpectraColor system opens up a lot of possibilities from a creative standpoint,” Froelich states. “The ability to mix to super saturated colors without having to revert to the use of color chips is really advantageous. For example, I can shift from a realistic lighting state in one cue and then fade to really saturated theatrical state to emphasize a musical moment, mood or event onstage with the same lighting equipment. This is quite helpful in our repertory environment as we have more wide-ranging access to dramatic shifts without having to hang additional lighting equipment.”

He continues, “The system also allows me access to subtle reds, blues and greens that are near impossible to mix with the primary Cyan, Magenta, Yellow mixing system. Having access to these types of colors without losing light output due to the heavy amount of colored glass in the lens assembly is quite a game changer.”

The Monet fixtures, along with a complement of Elation Chorus Line ST™ LED battens, have replaced the entire overhead lighting rig at the Met, everything from a standard tungsten Fresnel to a high output 4KW HMI theatre Fresnel. “It is quite a wide range of lighting equipment and the transition has been fairly smooth,” Froelich says. The Chorus Line luminaires were custom made for the venue with RGBA LEDs for a broader color spectrum.