The magnificently futuristic-looking Musikkens Hus in Aalborg is a cultural jewel in the crown of the fourth-largest city in Denmark, located in a prime position in the redeveloped quarter overlooking the Limfjord. It’s also recently invested in 14 x Robe T1 Profile multipurpose LED moving lights, joining 12 x Robe Pointes that were purchased three years ago. 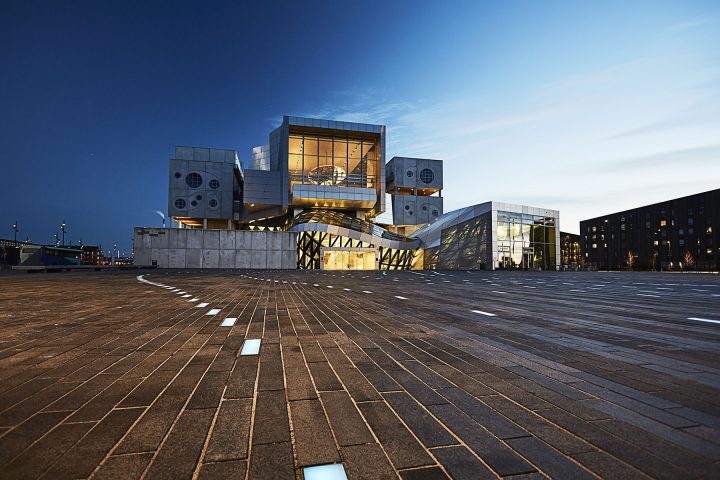 Inside this architectural masterpiece created by urban designers Coop Himmelb(l)au on the site of an old power station and opened in March 2014, is a 1,300 seat concert hall, a 600 capacity recital hall, plus several studios and practice rooms utilised by the Aalborg Symphony Orchestra and the Royal Academy of Music. Additional tenants include Orchestra Norden, and two of Aalborg University’s fine arts divisions, the Institute of Music and the Danish Jazz Centre.

In addition to the 300-odd concerts and live performances staged annually, it hosts around 200 ‘commercial’ events … so it’s a busy, buzzing and vibrant atmosphere all year round.

Production director Peter Klokker Iversen and head of lighting Jonas Kjaerulff explained that the T1 Profile investment was specifically for providing front and key lighting for whatever action was happening onstage in the main hall.

Typically, Jonas will light around 20% of the rock shows staged at the venue (most will have their own LDs), plus all the classical, recital, theatre and corporates, so his skills must cover multiple genres.

Being a concert hall, they were extremely concerned about the noise and so silence was a crucial factor when deciding on which fixtures.

“With the reverb in the venue, there are those moments when we can literally hear that proverbial pin drop,” explained Jonas, adding that five years ago, when the Musikkens Hus opened, there were simply no moving lights on the market that were quiet enough to take on the role! 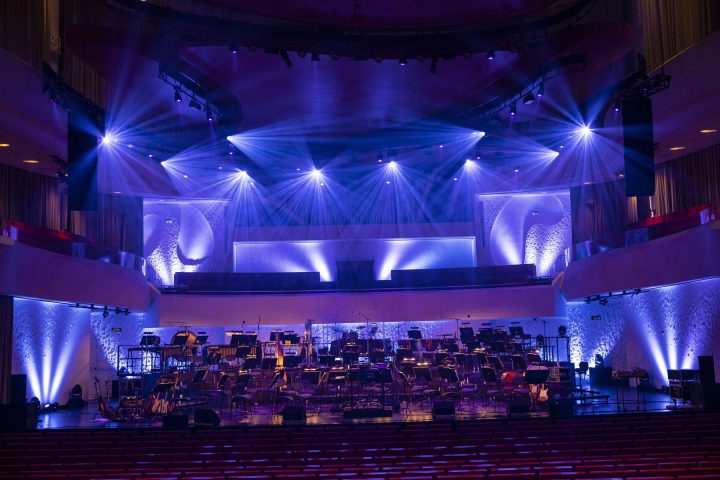 When they discovered that the T1 was being launched last year, and that silence was one of its many features, they wanted to have a look and a listen.

They already had a reference fixture in mind – from a competitor brand – and with the launch of the T1 Profile, the timing was perfect to look at that as an alternative! Having had such a good experience with their Pointes and frequently renting additional BMFLs and other Robe fixtures for certain shows, they knew the quality and reputation of Robe was what they required.

Robe’s Danish distributor Light Partner conducted a demo, they were immediately impressed by the quality of the light output, the accuracy of the shuttering and the output of the 5-colour light engine being superior to CMY mixing.

Their trim is 12 metres, so – after silence – intensity also mattered significantly.

The weight of the fixture at 24kg made it an easy 1-person lift, with the LED module keeping the weight down and the maintenance to a minimum, and the closed optical chamber also reducing dirt ingress and further helping keep everything clean.

In Denmark, there is a big green energy focus and the T1 scored again. “It’s a solid green investment that is an ideal replacement for discharge lamps in this context,” stated Peter.

With the T1s in place, they now have all the relevant front lights in residence which are consuming a fraction of the power, producing seriously less heat and contributing to an all-round better performance environment. 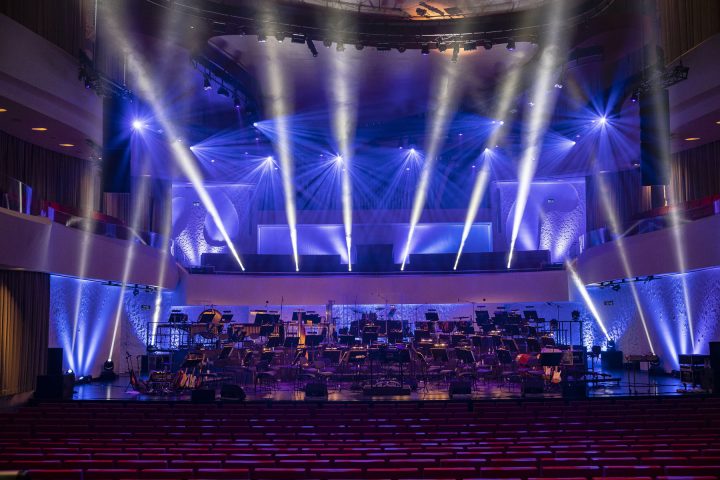 In a typical setup, 10 of the T1s are rigged on the over-stage trusses with four on the advanced bar.

Most of the external lighting designers coming in have been impressed with the performance of the fixtures.

Having the T1 Profiles and Pointes onboard adds flexibility for the diversity of entertainment produced at Musikkens Hus, ranging from full symphony concerts to pop and rocks shows. They have also hosted some national TV programmes / recordings in the main hall, and Jonas comments that features like the high CRI, the +/- green correction and the flicker-free operation are really helpful in this context.

“It’s a very versatile light and perfect for venues like us,” concludes Peter, adding that they have enjoyed an excellent working relationship with Light Partner for some years.

The Pointes arrived in 2016 as part of a rock ‘n’ roll package to ensure that appropriate lighting could be offered for all productions and not just orchestral concerts. Other moving lights like BMFLs are still rented in as per performance requirements, usually from local hire company, Sound & Light.