Specializing in large-scale projections, The Electric Canvas utilized Modulo Pi media servers on three major projection sites at the latest edition of White Night Melbourne. This year, the previously all-night event was “reimagined”, taking place in winter instead of summer and being extended to a three-night festival. 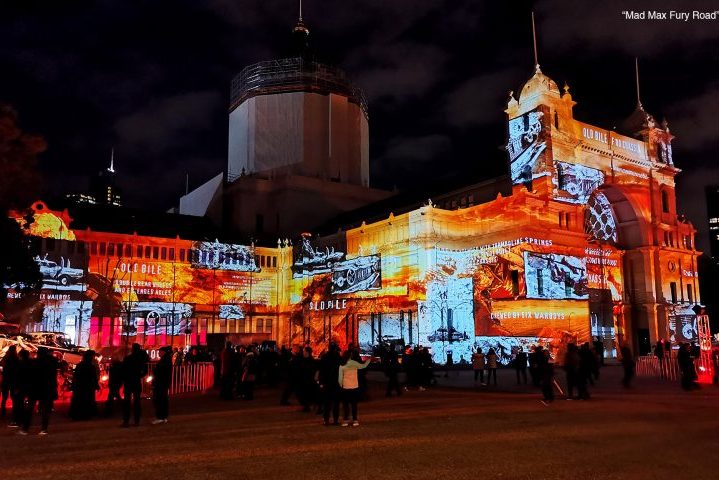 Modulo Kinetic was deployed for “Mad Max Fury Road”, a huge multimedia extravaganza set against the backdrop of the heritage-listed Royal Exhibition Building. The 15-minute live show featured projection mapping by Australian caompany The Electric Canvas, who used footage from the award-winning Fury Road movie as well as original motion graphics in the content production. In addition to the projections, vehicles from the actual movie, performers, aerialists, lighting, and pyrotechnics were all choreographed to an immersive multi-channel soundtrack. Two Modulo Kinetic media servers delivered 7 channels of video, 8 channels of audio and timecode for the lighting synchronization, with 100% live back-up servers. 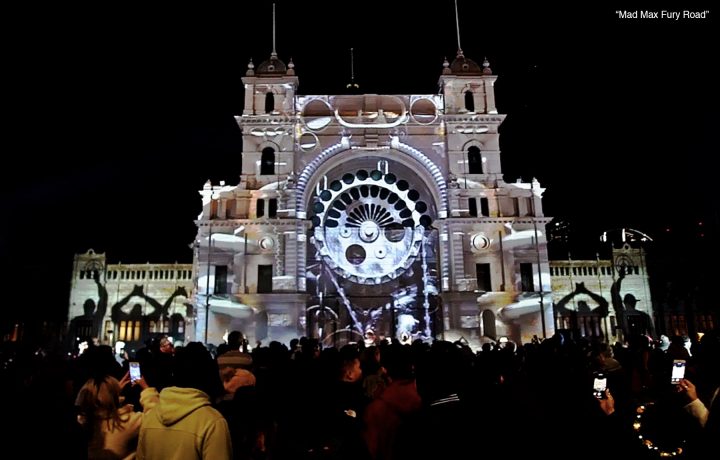 “Sensoria” was an original projection son et lumière onto the Department of Education building in Treasury Gardens. This engaging audio-visual experience was an exploration of the five basic senses and how our sensing organs send information to the brain to help us understand and perceive the world around us. Again, The Electric Canvas relied upon 2 x Modulo Kinetic media servers to deliver the 12 channels of video and 2 channels of audio. 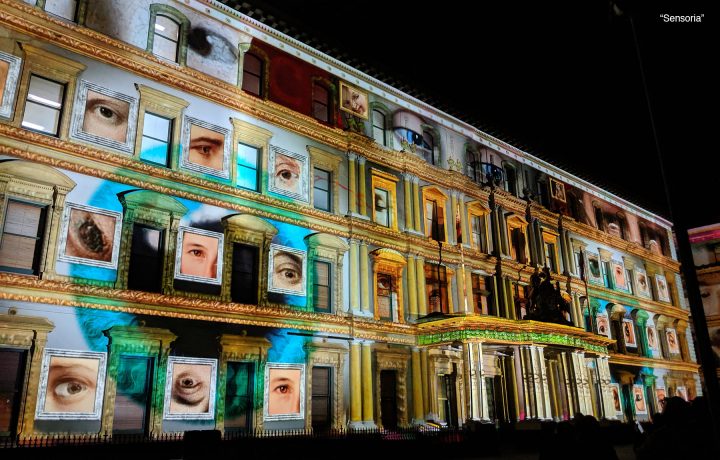 Modulo Player was used for projecting “Deadly Questions” onto the façade of the National Gallery of Victoria. The projections utilized footage from interviews of Aboriginal Victorians responding to a selection of frequently asked “deadly” questions, which were creatively combined with artwork by Indigenous artist Marlene Gilson. Ten channels of video and two audio channels were delivered by 2 x Modulo Player media servers.