FOH Engineer Larry Sanchez can still remember being thrown into the lion’s den, decades ago, mixing his very first gig at front-of-house standing behind an aircraft carrier-sized analog console. Fast forward to today and Sanchez can typically be found behind his QSC TouchMix-30 PRO compact digital mixer. 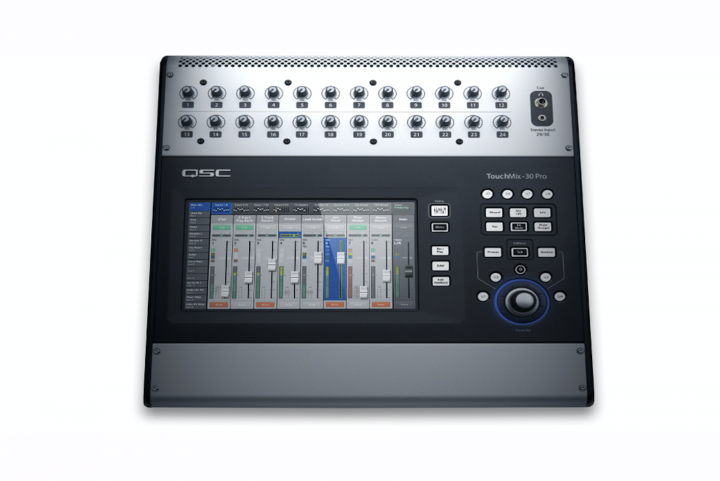 Sanchez has mixed on nearly every brand and type of live console, for the last 30-plus years working almost exclusively as FOH engineer for Poncho Sanchez (no relation), the Los Angeles-based GRAMMY Award-winning band leader and conguero (conga player). But as the 67-year-old band leader has cut back on his busy touring schedule, says Sanchez, he started to open himself up to freelance work — and went looking for a mixing console to help book gigs.

TouchMix was his top choice, says Sanchez. “I was already a fan. A friend of mine purchased a TouchMix-16 and I’d been messing with it for a little over a year. I thought, this is cool, I like the platform. Then decided to buy a TouchMix-30 Pro. I’m mixing out of a small Pelican hard case, and it’s beautiful!” 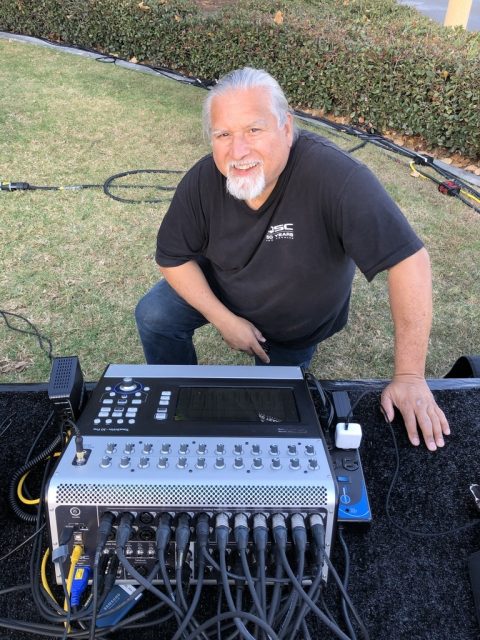 Recently, Sanchez put the TouchMix-30’s multitrack production functionality through its paces, recording Poncho Sanchez and his eight-piece band — three brass and woodwind players, a pianist, bassist and three percussionists — at the famed Catalina Bar & Grill in Hollywood, CA, a live jazz institution since 1987. “We pretty much set it and let it run,” says Sanchez. The house PA system at Catalina is comprised of QSC E Series E12 12-inch, two-way passive speakers and E18SW subwoofers plus E10 passive stage monitors, all driven by PLD4.5 power amplifiers.

And for a lot of shows, he says, “I’ll run the mix and sometimes I’ll do recordings, two-track and multitrack, to a little hard drive. I can mix monitors from the TouchMix as well. I usually run eight monitor mixes; each guy gets a mix.”

But anyone just getting into digital mixing shouldn’t feel that there’s a steep learning curve when they first get their hands on a TouchMix. As Sanchez notes, “I find that the TouchMix is so intuitive that someone without digital experience can easily figure it out. It has powerful capabilities and yet is also very no-nonsense and straight ahead.”