Life is Beautiful Festival organizers posed a challenge to lighting designer Rob Ross in the run up to the 2019 event in Las Vegas – get more attendees to use an alleyway corridor to travel between stages instead of the over-packed main street thoroughfare. Ross succeeded with a 450-ft long, immersive environment that featured alluring lighting effects from Elation Professional Proteus series luminaires. 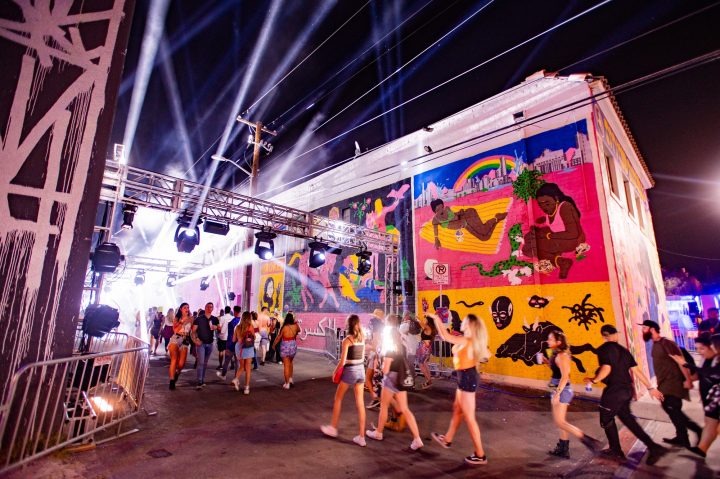 Getting festivalgoers to use an alternate path however was no small task as the main street between the festival’s main stage and ancillary stages was lined with vendors and art installations, which naturally attracts people, and besides, the alleyway was a longer route, uninteresting and somewhat dimly lit.

“The festival came to us and asked us to make the alleyway feel cool and more exciting so people would want to walk that way instead of along the overcrowded street,” explains Ross, head of Rob Ross Design, a national full service lighting design and production company that handled site and VIP lighting for the 3-day festival as well as the art install project. “They were wonderful and gave us an open invitation to basically do whatever we wanted as long as we came up with something extraordinary that people would be attracted to.”

Life is Beautiful took over Downtown Las Vegas from September 20–22 and featured headline acts Black Keys, Post Malone, Billie Eilish, Portugal. The Man and Chance the Rapper. But the festival is much more than music. Also promoted as a culinary, art and learning festival, it focuses on uniting people around artistic experiences ranging from music to art and interactive exhibits, which provide a colorful, eclectic background for an urban setting under revitalization.

Ross worked with New York composer Elisheba Ittoop to create a unique 10-minute soundscape, which was programmed to work with 66 Proteus Beam™ and 34 Proteus Hybrid™ luminaires. All lighting design and programming cameo was through Rob Ross Design. The Design Oasis of Davie, FL, provided the lighting equipment for the project.

The installation consisted of ten arch trusses approximately 45 feet apart from each other along the alley’s 450-ft length. Each truss housed nine Proteus lights – Beams in the middle and Hybrids on the edges for gobo projection – along with a pair of haze machines. The 10-minute show looped continuously so the effect was of one never-ending light show with each truss having its own 1-minute theme for a 10-minute walk through the alley. 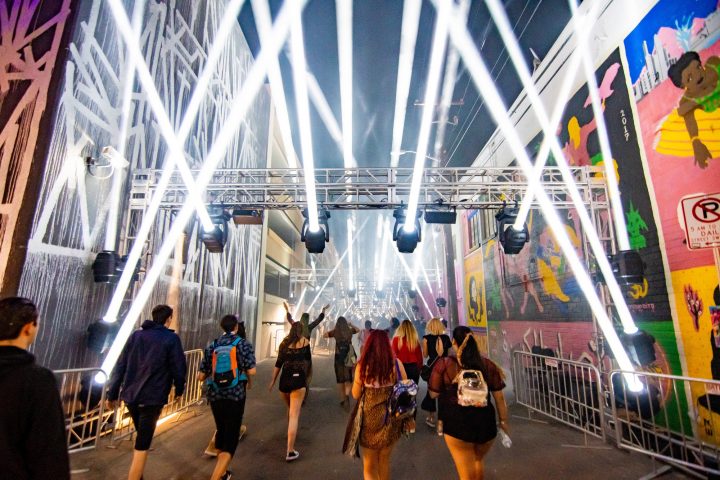 People’s reaction to and interaction with the light installation was varied, Ross said, but always positive, interactive and stimulating. “It was interesting to watch people,” he said. “Some people stopped and watched the show while others walked on through. One of the fun moments was where we had light beams shooting straight across horizontally and people would limbo underneath them. Others would pretend they were lasers and step over one or under another. Some people would naturally, without even thinking about it, walk right toward a light beam and then step to the side or around it as if it was a solid column.” Many people of course also danced through the alley. “For us it was a real fun toy to play with and it was the same for the festival guests.”

One of the designer’s favorite looks was when all the Proteus lights shot beams up into the sky in all white and then swung through to the backside of the alley. “For me that’s the most powerful moment. You could see them from all over the site. People across the festival would see 90 beams all at once and wonder where they were coming from.” A crosshatch look was another of his favorites with guests moving in and around the lights.

Although Ross employed the Proteus’ full FX package in creating the variety of looks, the designer was most struck by the sheer power of the luminaires. He commented, “What I was really impressed with was the quality of the beam and the brightness of it,” he said. “Beam fixtures have come a long way and this is a good example of that. They really cut through the Vegas sky, which is a challenge, as there is a lot of ambient light. The ability of them to cut through the sky was huge.” 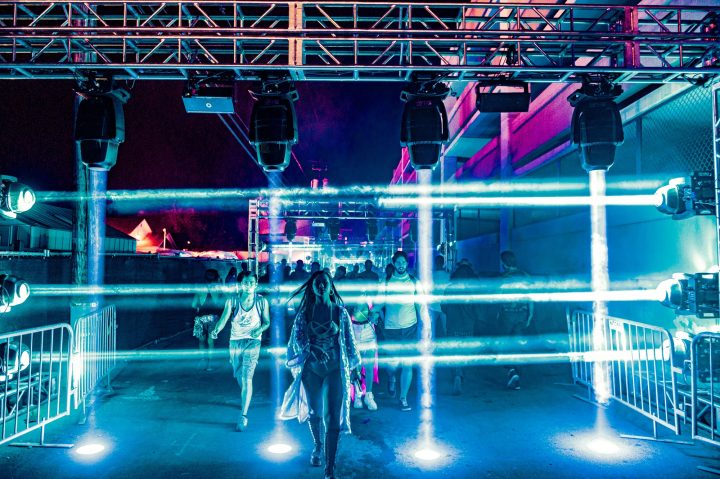 With rain seldom falling in Las Vegas one might wonder about the need for an IP65 weatherproof light but for Ross there was no question. “The IP65 rating was actually the leading factor in choosing the Proteus fixtures,” he says. “Even though it rarely rains in Vegas I wasn’t going to put 100 moving lights exposed on truss without some type of protection! You just never know.”

The alleyway light installation was a popular addition to the festival that both dazzled and added value for festival guests. “People are craving this type of light/art installation moment. It’s a whole other event space essentially, a whole other activation,” Ross said, adding that it was inspired by events like the former Day for Night art and music festival in Houston. “These types of light art installations rarely exist and are still very special at this point.” The other thing Ross says it gave was an Instagram-able experience where people could take pictures and instantly share.

The designer says it was great to work with The Design Oasis on the project, a rental house that he often works with on outdoor events because of their excellent support and the fact that they own a lot of IP65 equipment. He sums up, “We had a lot of fun with this project. The goal of the lighting installation was to increase traffic to this less trafficked area of the festival and we did that. It worked out amazingly well.”