Acclaimed French singer-songwriter Julien Clerc’s latest tour sees lighting programmer Vincent Zanello at the helm with a High End Systems Hog 4 console. The 150-date tour is celebrating 50 years of uninterrupted success for Clerc, visiting a combination of arenas and festivals over the course of two years. 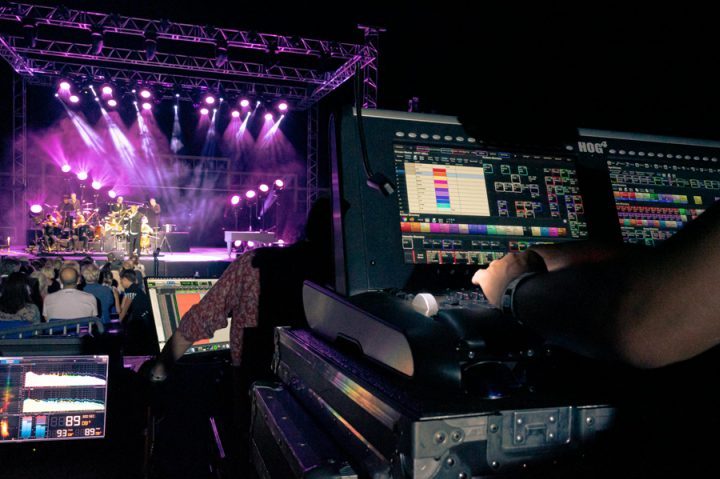 Lighting designer Dimitri Vassiliu’s design for the arena tour incorporates a structure of white canvases with geometric shapes, symbolizing a tree and serving as a support for light and video. The beautiful spectacle has been adapted for a series of recent festival dates.

“In a festival setting, I ask for a hundred fixtures to be sure I have enough to face the evening sun,” says Zanello.

In such conditions the Hog 4 really stands out. With a larger than average screen and remarkable glass finish, full sun is no match for the console. The entire interface is clearly displayed and the touchscreen feels rigid yet precise.

On his Hog, a page dedicated to festivals allows Zanello to prepare some cues that he then plays live. “For the festival dates, it’s very much about direct access,” he notes. “It was much more ‘stacked’ on the arena tour. I do always keep in mind that this is Dimitri’s design, not mine, so I don’t do anything to distort it.” 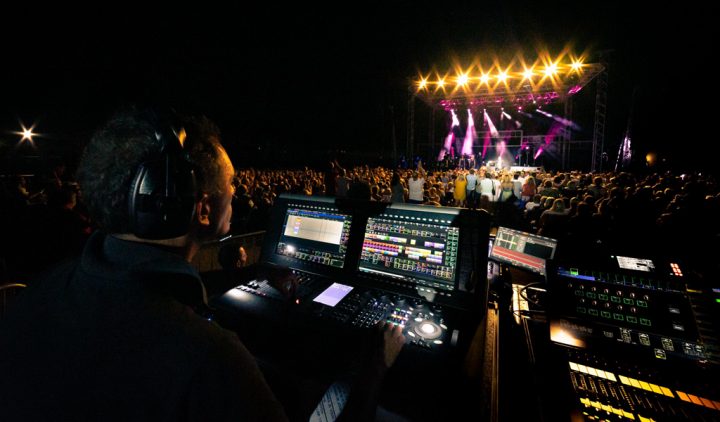 Zanello was working as a technician on tour with singer-songwriter Pascal Obispo when he first encountered Vassiliu. The pair worked together on several consecutive tours and mutual admiration ensued. “Dimitri was the one who gave me the opportunity to do this job when he asked me to work on the Stanislas tour in 2008,” he says. “I started out on the Road Hog 3, moved on to the Hog 4 and have never let go of High End Systems consoles.”

During his early years as a console operator, Zanello also learned a lot from programmer Philippe (Philou) Marty, whom he considers to be one of the best. “Philou is one of those who has mastered the Hog to perfection,” remarks Zanello. “It’s very rewarding to have worked with him.”

Zanello is a big fan of the flagship Hog console – the ease of programming, quality of the hardware, and its intuitiveness. “I’ve mastered other consoles and I never stop learning but I’ve always worked on the Hog,” he says. “I love its interface, the motorized faders are excellent and it’s very nice to use live.”