Lichtwerk (Light works) is a Netherlands-based technical production company which works closely with a wide selection of lighting and visual designers, particularly for theatre shows, tours and corporate events.

They are another recent investor in Robe’s fantastic T1 Profile LED moving light … which is specifically designed for theatre, touring and TV. 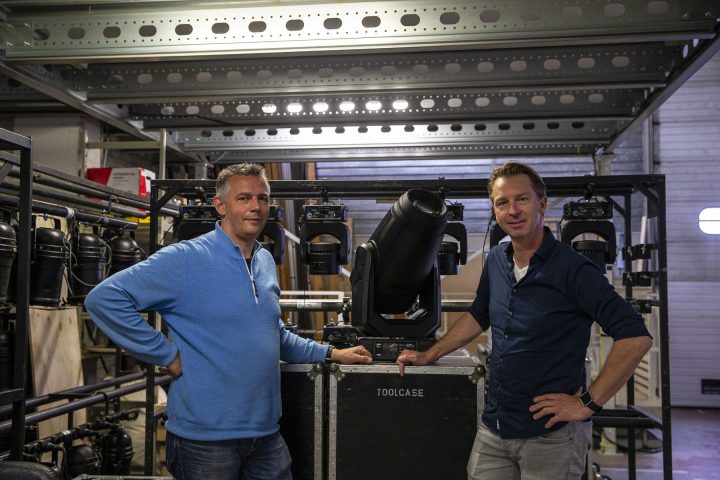 Jacco Pattist founded the company in 1995, and his association with Robe goes back to the very early days when the Czech manufacturer was still an OEM supplier and ‘Robe’ was still an embryonic seed of something in the future.

Once ‘Robe’ itself was launched in 2002, Lichtwerk was an early adopter of the new brand, a trend they continued through the ColorWash 250 series, then the ColorWash 750 & ColorSpot 700 series, the DT 3000 and 7000, and more recently with LEDBeam 300s MMX Spots / WashBeams and LEDBeam 150s.

Jacco is extremely proud of the fact that the original ColorWashes are still going strong and in 17 years they’ve never had to send one back for repair! That’s a testament to the diligence and way the crews care for the fixtures as much as it is to Robe’s robust engineering!

The latest T1s were purchased because, collectively as a company … “We love tungsten!” declares Jacco.

They had been waiting for a profile LED fixture that was suitably ‘equivalent’ in quality and feel to the classical lightsource, and for something that was truly “theatre grade” in terms of its white light capabilities.

When Robe launched the T1 last year, “it had all the qualities I needed,” declared Jacco, who is not an easy man to impress!

“It is silent, smooth, lightweight and the output quality is fantastic. It has all the attributes you need for detailed and accurate theatre lighting.”

He adds that ‘reliability’ is the big red line underneath all of this for a busy rental company, and that’s a characteristic he knows Robe can deliver on, time and time again!

“Ever since the OEM days back in the early 2000s … Robe has been absolutely consistent in its reliability and the excellent design and build of its products and in the ongoing support,” he stated, also mentioning that the service from both Benelux distributor Controllux and Robe direct “has always been outstanding.”

Lichtwerk supply lighting for Dutch comedian and actor Youp’s ongoing touring comedy shows, and these were among the first live performance dates for their new T1s, with lighting operated by one of their regulars, Len van der Veen.

The company has also recently invested in over 100 Robe LEDBeam 150s, which Jacco describes as their ‘new’ PAR cans!

They sought an LED PAR with smooth dimming and a good beam spread, and with the zoom of the LEDBeam 150 … they can match the qualities of a range of the ubiquitous PARs plus many additional features and flexibility. These are in constant use on multiple different jobs.

With the latest T1 and LEDBeam 150 purchase, there are now over 300 Robe units in stock.

Lichtwerk prides itself in being one of the ‘boutique’ rental and production companies on the busy NL scene, offering a great service and truly personal and individual attention to all clients.

They service around 100 events a year of different sizes and complexities with lighting and sound production, with tours in addition that – up to around 15 running concurrently during the busy seasons. They moved to their current Amsterdam West facility in 2002 and have 10 full-time staff and a selection of hand-picked regular freelancers.

A sister company, Light Materials, deals with dry rentals and there is also an audio company ‘in house’ although that’s also owned and run completely separately.