To skateboarders and musicians alike, Vans means more than footwear — the brand is a cultural institution that represents creative expression, urban grit, and independent spirit. Though the company is best known for their Warped tour (now in its 25th year), the more intimate House of Vans events bring together bands, DJs, visual artists, and skaters for concerts, workshops, and art installations at their Chicago and London venues with pop-ups from Detroit to Hong Kong. For these, Vans’ North America Lifestyle Events Manager Chuck Radue insists on live sound products from QSC, notably the TouchMix-30 Pro digital mixer, KW153 and K12.2 active loudspeakers, and KW181 active subwoofers. 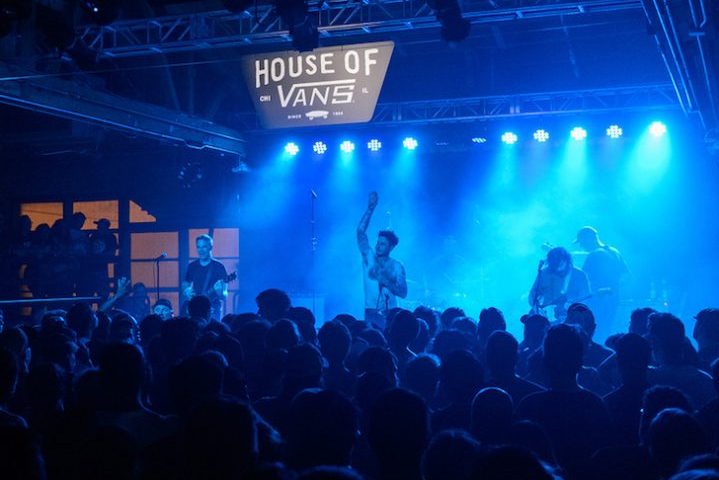 Given the athletic and kinetic nature of the events, the first feature Radue flags as crucial is the ability of the TouchMix-30 Pro to be remotely controlled via an iOS® or Android™ device. “That comes in handy everywhere,” he says. “We do an event here in Chicago called Sessions, where we have open skating, live street art, and several local bands. The audience can literally skateboard to the music, and needless to say, you don’t put a front-of-house mixing position in the middle of that! So, we often place the mixer stageside or in other less-than-ideal locations. Then, the engineer or I can roam around with an iPad and work the sound.”

The multi-track recording capabilities of the TouchMix serve two other types of events, which Radue explains. “For Share the Stage, bands showcase with us and we record all their tracks through the TouchMix, then put them to video. We present those videos to a guest artist or producer — last year it was Schoolboy Q — and the winning band gets to open for that artist at one of their House of Vans shows. Then we have our Sidestripe Sessions music content series, which you can look up on YouTube.com/Vans. These are videos with established and up-and-coming acts in a space designed to look like they’re playing inside a Vans shoebox. Again, everything goes through the TouchMix and then we just hand the hard drives off to the video department.” 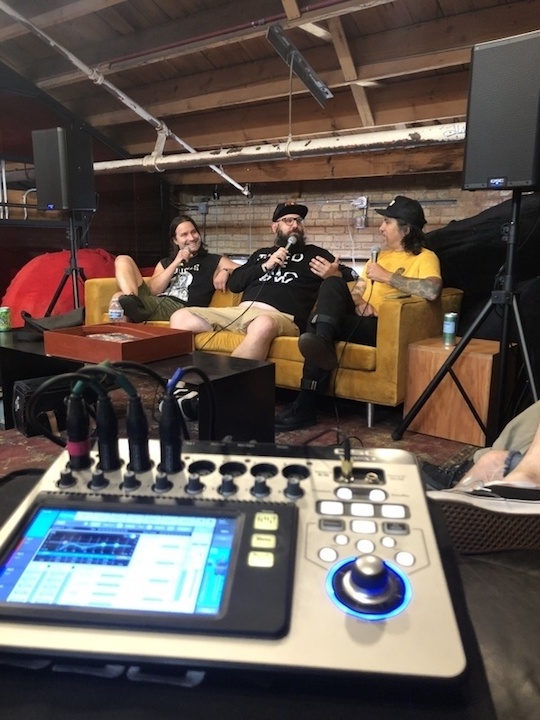 At Vans global headquarters in Costa Mesa, CA, the “shoebox” set started out as a jam room for employee use, because “Vans is such a music-forward company and we really appreciate the arts.” To configure the space, Vans tapped Radue’s musical background — a background that had long since made him a fan of QSC. “Before I had this job I toured for about 17 years. with a band called The Rapture,” he recalls. “Coming up, as I learned about gear and did a lot of listening, I found myself recommending QSC over other P.A. brands. At Vans, I’m the resident audio nerd, so when the general manager said, ‘Chuck, we need a P.A.,’ everything that went in there was QSC.

K12.2 loudspeakers are the monitors of choice in the shoebox, but because their clean Class-D amplification delivers 2,000 watts of power from an enclosure weighing only 39 pounds, they’re also the go-to mains at House of Vans’ many pop-up events. “We just put them all over the spaces,” notes Radue. “The coverage and clarity is just incredible. The EQ presets built into the K.2 Series are always very useful. We find we can almost always optimize the sound to the room using that menu right on the back of the speakers, instead of doing a deep dive into mixer settings such as EQ and compression.

“One of our most well-attended and, in my opinion, best sounding events was a synth workshop we did in Detroit with the artist Matthew Dear,” Radue continues. “We used K12.2s on sticks for that exclusively. We later did a second one in Brooklyn, to which we added a TouchMix-8 as his synth mixer. I also own a TouchMix-8 for my use for a variety of things.”

Speaking about the mixer’s ease of use, Radue states “The TouchMix interface makes it incredibly fast to get a great sound for every instrument and vocal. At some events, we may have four or five bands playing four or five songs apiece, we’re sound-checking them on the fly, and we’re always very quickly able to dial in main and monitor mixes that please everyone.”

Last but not least, Radue praises the KW-centric system’s projection in venues much larger than a shoebox — even a giant one. “Last year we flew in artists from all over the world to an open-air party attended by about 600 people,” he recalls. “We brought out the larger system with the KW153 tops and KW181 subs. I was amazed at how well it transitioned from indoor to outdoor use with that size crowd.”

Radue’s QSC fandom is deeply rooted. “Even years ago when the idea of self-powered speakers was a much younger trend, I was impressed with the sound and the build quality QSC delivered for the money. It was like, ‘Wow, this thing weighs under 50 pounds and puts out a thousand watts. Since then, they’ve only gotten better!”