Jorge Toro’s company, JMT Show Concepts, is a specialist in media playback systems, providing rental and operation of solutions for concert touring, corporate events and various one-off special shows. For the past year or more, the company has been the proud owner – and a highly prolific user – of Green Hippo’s Hippotizer Media Servers. 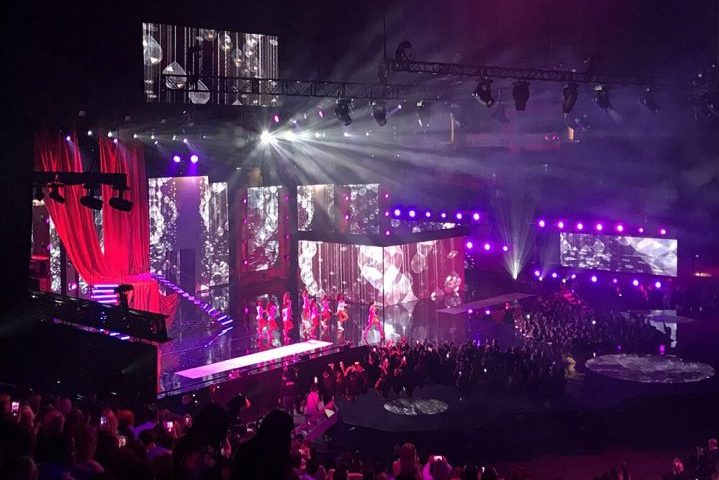 “When we were searching for new systems for JMT, our number one priority was stability – and we found it in Hippotizer,” says company owner, Jorge Toro. “One of the most amazing things about Hippotizer, which surprised me from day one, is how user-friendly and stable it is to use.”

Impressed by Hippotizer’s reliability, as much as its advanced features and workflow, Toro decided to invest in Boreal+ and Karst+ systems running Hippotizer V4. HippoSchool training was delivered in Orlando by Green Hippo Product Specialist Cory Froke, and Toro took his new Hippotizers straight out to work. Since then, the systems have been in regular use.

JMT has built a strong presence in the Latin American music market over the years, and has worked on tours and events by artists including Farruko, Luis Miguel and Zion & Lennox, plus any number of music events, cruise ships, conventions and corporate entertainments everywhere from the Caribbean to Canada.

A major recent show for JMT was the Premios Tu Música Urbano. This brand new Latin Music Awards show, held in Puerto Rico in March 2019 and televised by Telemundo in the US, reached an estimated 80 million people in 52 countries – almost four times the audience for the Grammys. For this production, JMT was responsible for all media servers, including fibre optics, programming, concepts and content creation.

“Based on our customers and the kind of shows that we do, we use ZooKeeper for 90% for our shows,” says Toro, referring to Green Hippo’s interface which gives real-time control of all Hippotizers on a local network, via the HippoNet networking protocol. “We program almost everything through ZooKeeper, using Timeline, Timecode, Presets and MIDI Controllers, among other features. And that’s great, because it means we can have multiple workstations working seamlessly on the same project.” 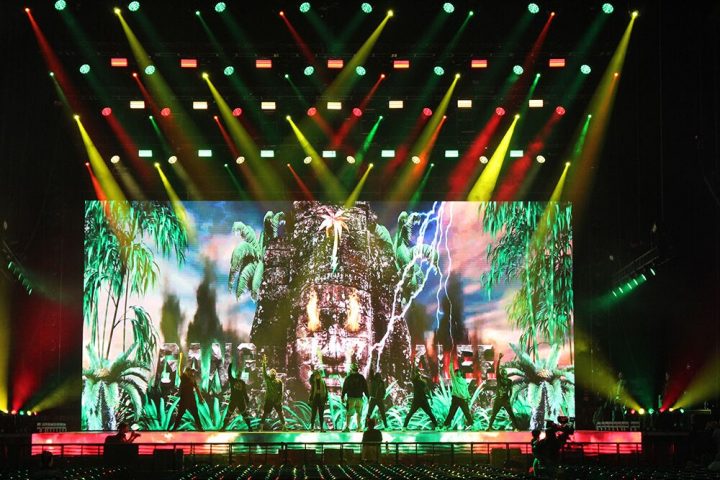 He continues, “We rely on HippoNet to allow us to have one workstation to upload content and another workstation for programming. That way, the server is free all the time just for playback, since all the conversion to FlexRes – Green Hippo’s proprietary Codec – is outside the server on the other workstation.

“On the programming side, we start by working and mapping all our outputs. Once we have outputs and mixes created we begin building our cues and recording into presets. This process depends on a lot of things, since we can do layer presets and mix presets – it all depends on the nature of the job – and from there we start recording into Timelines. Once we get everything in Timelines, we do cues into the Timeline through direct input, or we program the Timeline with Timecode.”

Expanding on the Timeline and other Hippotizer features, Toro says, “The Timeline is out of control! It’s got to a point where there is nothing now that you cannot program in or outside the media server. You never stop learning this feature to its full capabilities.”

And, of course, there’s always more to learn on the horizon. “Another feature that I cannot wait to use to the full is the new BeatBridge feature,” says Toro. “We do a lot of live shows and festivals where there is little or no programming time, and this will be really useful for effects and other features.”

Toro is also full of praise for the Green Hippo team, and their unfailing support. “Every time that I’ve emailed or called with a problem, I’ve had a response and someone has helped me to resolve my problem. Cory Froke has been a key person helping us along the road!”