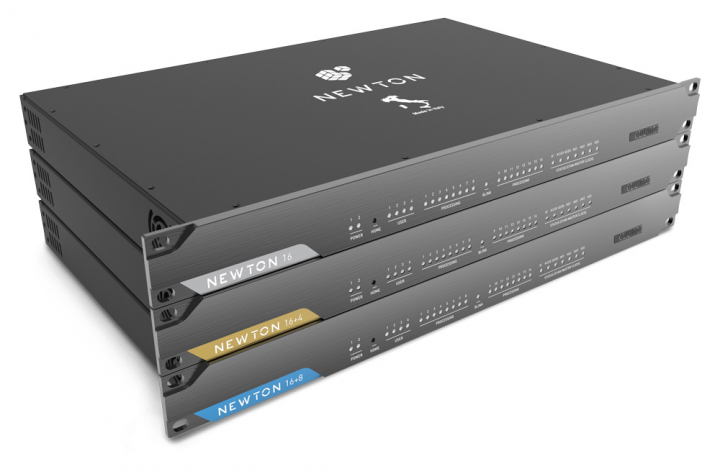 All processed signals and direct outputs can be routed out of Newton using any of the available audio standards. This, as just one example, would allow signals to be received over MADI, processed and then transmitted to multiple amplifiers on Dante with an AES3 output for backup. This direct out, processing and routing ability can also be used to create a backbone for a multiple Newton Network to share signals.

Internal processing is all at 96 kHz, with an internal data depth up to 64 bits. In each processing section users have precise control over Level, Delay, Polarity and Raised Cosine Filters (implemented within WFIREqualisers), all functions that are required to manage and optimize a loudspeaker system.  While Newton 16 is an all-digital device, Newton 16+4 and Newton 16+8 add the useful capability of local analog inputs and outputs.

Users will be able to find out more information about the newest firmware and software release for Newton at this weekend’s PLASA Show. Fernando Rey Mendez will be on stand D62 (CUK Audio) throughout the show(Olympia, September 15-17) ,where he will be demonstrating NEWTON and all the cool new features.