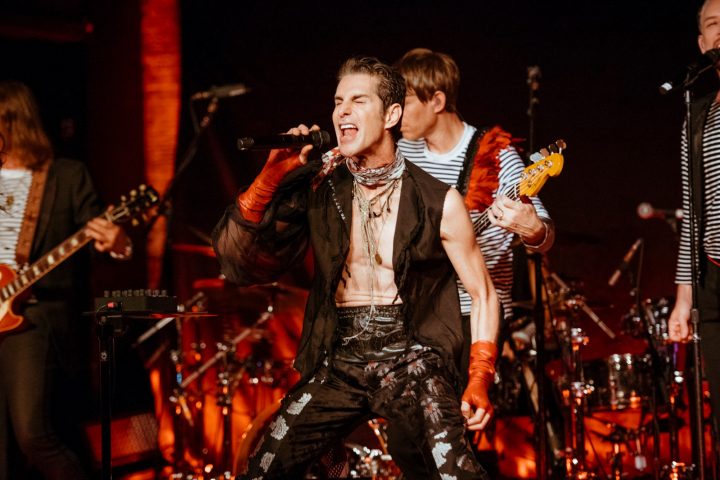 Lighting designers Todd Erickson and Mark Janowitz created a rig that would be versatile enough to provide the classic rock look to match earlier songs as well as lower light movement look for the newer material.

“The artist had some clear vision of some photographic artists that he wanted the set pieces to look like,” said Erickson.

Bandit Lites supplied GLP X4S as side light across the band, casting the low-light, theatre look. GLP X4 Bar 20 provided light to the set pieces from below as well as acting a gradient light source, while VL 3500 Spots supplied texture to both the band and the set.

“The X4Bar 20s are an amazing fixture as they have the ability to zoom and focus, and also have individual cells,” said Erickson. “This provided versatility to light the set in any capacity. The GLP X4s are very good fixtures as well; the color saturation is amazing for how small the lights are.”

And while there are always challenges that arise on the road, whether its tweaking the lighting in pre-vis or touring logistics, Erickson cites that by combining his experience with Production Manager Conrad Coriz’s experience, solutions are always accessible. Additional support also comes from Bandit Lites. 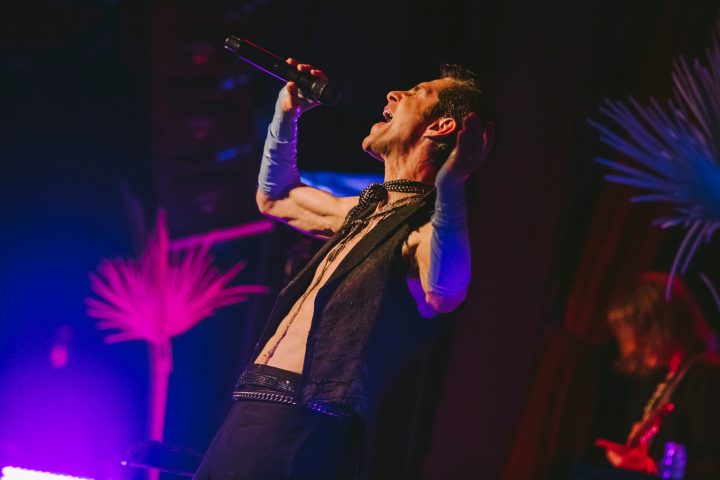 “It was a sincere pleasure to work with this organization,” said Bandit Lites Vice President Mike Golden. “I met Conrad many years ago and we have stayed in touch through the years. I have always looked for the opportunity to work with him again, so when Conrad called, we had just a few days to put something together. Between he and Erik, we were able to put together a package that was flexible enough to handle the scope of venues they were to play. Erik took great care of our gear and Project Manager Matt King was also instrumental in putting together the package within a day of delivery. It was a great team effort and I look forward to the next time we can work together.”

“I have worked with Bandit for several years, and they have always provided high-quality service,” added Erickson. “They are well-schooled and very detail orientated. Mike Golden has always taken care of me (and production) very well.”