One of the top selling country music acts for well over a decade, Rascal Flatts is what lighting designer Travis Shirley calls a legacy act. With their 20th anniversary fast approaching and 17 No. 1 hits behind them, it’s easy to see why. That legacy continued this summer on the country trio’s “Summer Playlist” tour with pods of Elation Smarty Hybrid™ moving heads providing striking yet elegant lighting impact. 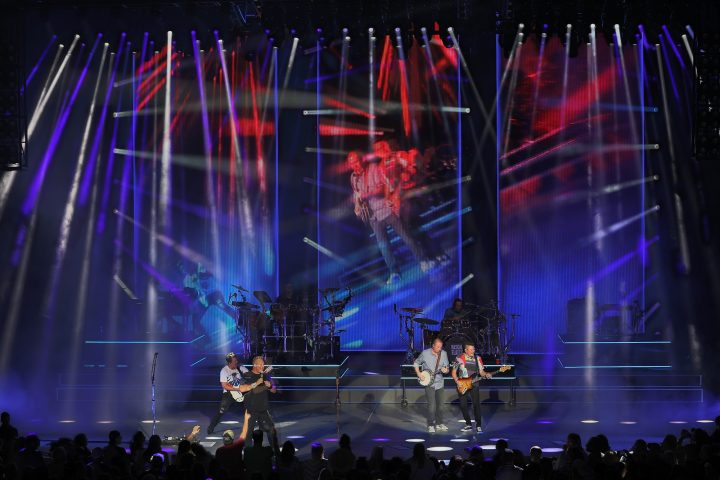 When Shirley began discussions with band management, it became clear that the band was ready to bring themselves up to date as far as the look of their show. “They wanted something fresh, something current and that’s the direction we started heading in,” Shirley shared. “I took it as a clean slate. Naturally, with fresh and clean what comes to mind is simplicity, clean lines and modern concepts. I wanted something simple but definitive.”

Shirley’s design is based around three lighting pods located forward of three vertical backdrop LED screens. “Three members of the band, three pods, three screens. I went symbolic in that aspect,” he says, “keeping design elements in groups of three to drive home the fact that it is a trio act.”

Shirley says he knew he wanted a fast and bright fixture for his design but also something affordable enough so he could fill the pods with dozens of lights. He ultimately spec’d the punchy, 3-degree aperture Smarty Hybrid as his fixture of choice. Compact enough for use in matrix formations, the multi-functional CMY color-mixing mover houses a zoom and host of design features for flexible beam, wash and mid-air effect use. The 11,000-lumen strong fixture also has the power to cut through ambient light from the three large LED screens. 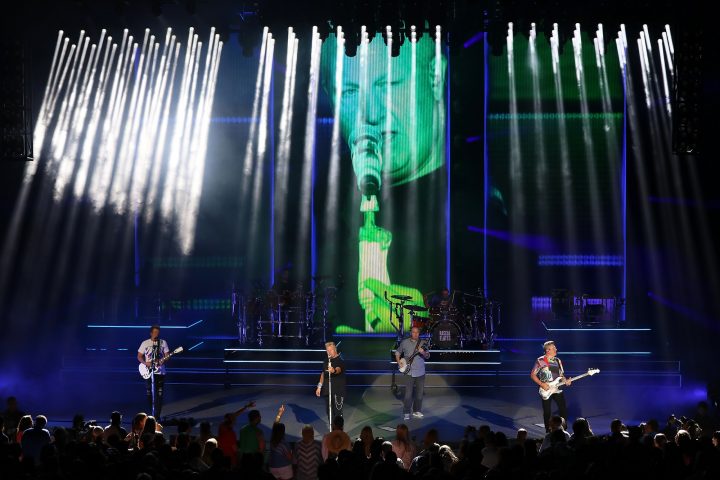 “We filled each pod with 36 fixtures,” says Shirley, adding that each pod measures 16 feet wide by 12 feet deep and is nicely outlined with video. “They drive home the design concept and keep the look clean and simple. We, the programming team and I, found ourselves having to use the pods and the Smartys in a multitude of different ways. It’s easy to get some big looks with the pods, but we wanted to make sure that we used those big rock ‘n’ roll looks only when needed. The diversity of the light allowed us to slow things down on occasion and really paint the room with gobos on some of the slower numbers.”

Bandit Lites supplied more than 250 fixtures for the tour, a package that included Elation Cuepix Blinder WW4s™ and profile, wash and beam moving heads, as well as the Smarty Hybrids. The “Summer Playlist” tour kicked off May 16th and has the band playing dates across the U.S. until September 21st. Lighting Director is Andy Knighton.